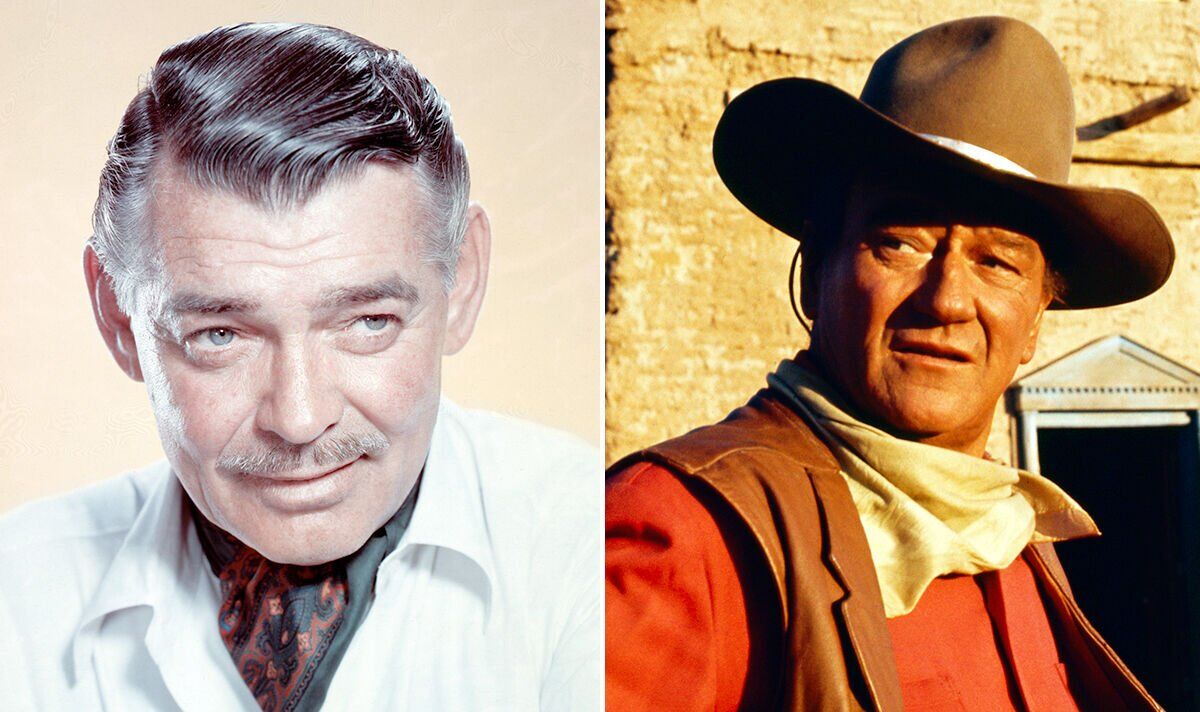 John Wayne said of Clark Gable: “[He’s] extremely handsome in person. That’s one guy that doesn’t need Hollywood to make him look good. But Gable’s an idiot. You know why Gable’s an actor? It’s the only thing he’s smart enough to do.” This was his assessment of the Gone with the Wind star, who had worked with Duke’s longtime collaborator, director John Ford.

Back in 1953, Clark Gable – who died 62 years ago today –starred opposite Ava Gardner and Grace Kelly in Mogambo. The romantic adventure was shot in Equatorial Africa and was a remake of the leading man’s Red Dust, in which he played the same big-game hunter role two decades prior.

The film’s director Ford was a notoriously bad-tempered character who often humiliated and baited his cast to get better performances out of them. During the production, he would make remarks about Gable’s age and weathered appearance. The actor even walked off set in protest of the filmmaker’s treatment of Gardner.

Wayne saw himself as more of a star than an actor, which was in contrast to Gable’s view of being a thespian.

Duke said: “I don’t act at all, I react. In a bad picture, you see them acting all over the place. In a good picture, they react in a logical way to a situation they’re in, so the audience can identify with them. All I do is sell sincerity, and I’ve been selling the hell out of that since I started. I was never one of the little theatre boys. That arty crowd has only surface brilliance anyway. Real art is basic emotion. If a scene is handled with simplicity—and I don’t mean simple—it’ll be good and the public will know it.”