James Corden Is Leaving The Late Late Show Next Year 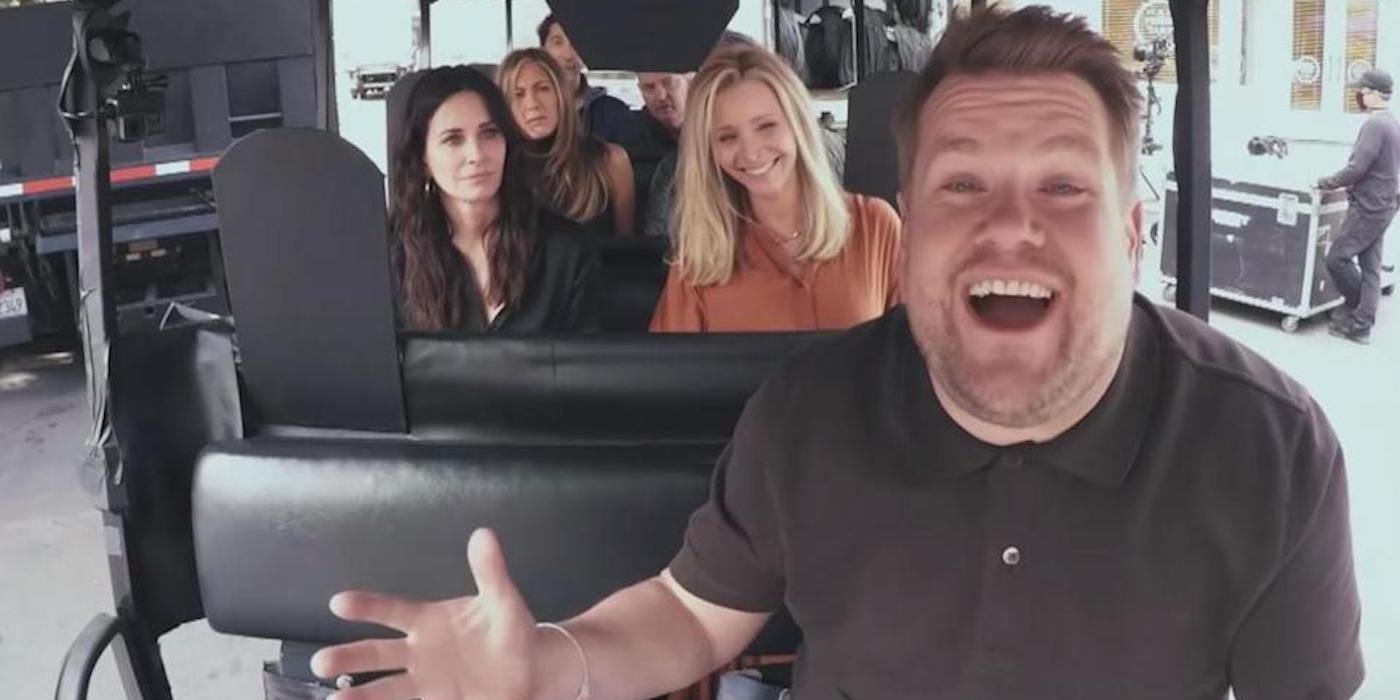 Deadline is reporting that James Corden is getting ready to leave his role as host of The Late Late Show next year. Reportedly, the host announced to his staff today that he has extended his contract with CBS by only a year, making the decision to end his hosting run after eight years just before summer 2023.

The Late Late Show has been a staple of late-night television since it first aired on CBS in 1995 to follow David Letterman’s The Late Show. The show was first hosted by Tom Snyder, followed by Craig Kilborn, and then Craig Ferguson. Ferguson hosted the show from 2005 to 2014 when Corden was named as the new host, beginning in 2015. Corden brought new energy to the show by introducing games and segments he’d play with his guests like Carpool Karaoke, Spill Your Guts Or Fill Your Guts, and more that have all gained a second life online, with many bringing millions of views to the show’s YouTube channel. In fact, the most popular video on the YouTube channel, “Adele Carpool Karaoke”, alone has over two-hundred-fifty million views and the channel itself has over 9 billion.

Corden first rose to prominence in the U.K. after creating and starring in the BAFTA-winning series Gavin & Stacey. His prominence in the U.S. came when he was cast in supporting roles in films like Gulliver’s Travels and Begin Again, and his prominent role in the film adaptation of the Broadway musical Into the Woods. But hosting The Late Late Show never slowed down his acting career as he still appeared in films like Trolls, The Emoji Movie, The Prom, and Cinderella.

In a statement to Deadline, Corden gave some insight into his decision to leave the show, saying:

“It’s been it’s a really hard decision to leave because I’m so immensely proud of the show. I’m thrilled to be extending [for a year]. I always thought I’d do it for five years and then leave and then I stayed on. I’ve really been thinking about it for a long time, thinking whether there might be one more adventure.”

George Cheeks, the President and CEO at CBS, also gave a statement about Corden, his work on The Late Late Show, and his work with the network as a whole, saying:

“Seven years ago, James Corden came to the U.S. and took television by storm, with huge creative and comedic swings that resonated in a big way with viewers on-air and online. From Crosswalk the Musical to the legendary Carpool Karaoke, and every unique comedy segment he introduced, James has truly reimagined many elements of the late night format. He has also been the consummate network showman, entertaining audiences from his nightly perch at Television City as well as the Tony and Grammy stage. In my two years at CBS, I’ve had the privilege to see James’ creative genius up close and experience his valuable partnership with CBS, both as a performer and a producer. We wish he could stay longer, but we are very proud he made CBS his American home and that this partnership will extend one more season on The Late Late Show.”

There is currently no word on who CBS is eyeing to replace Corden.