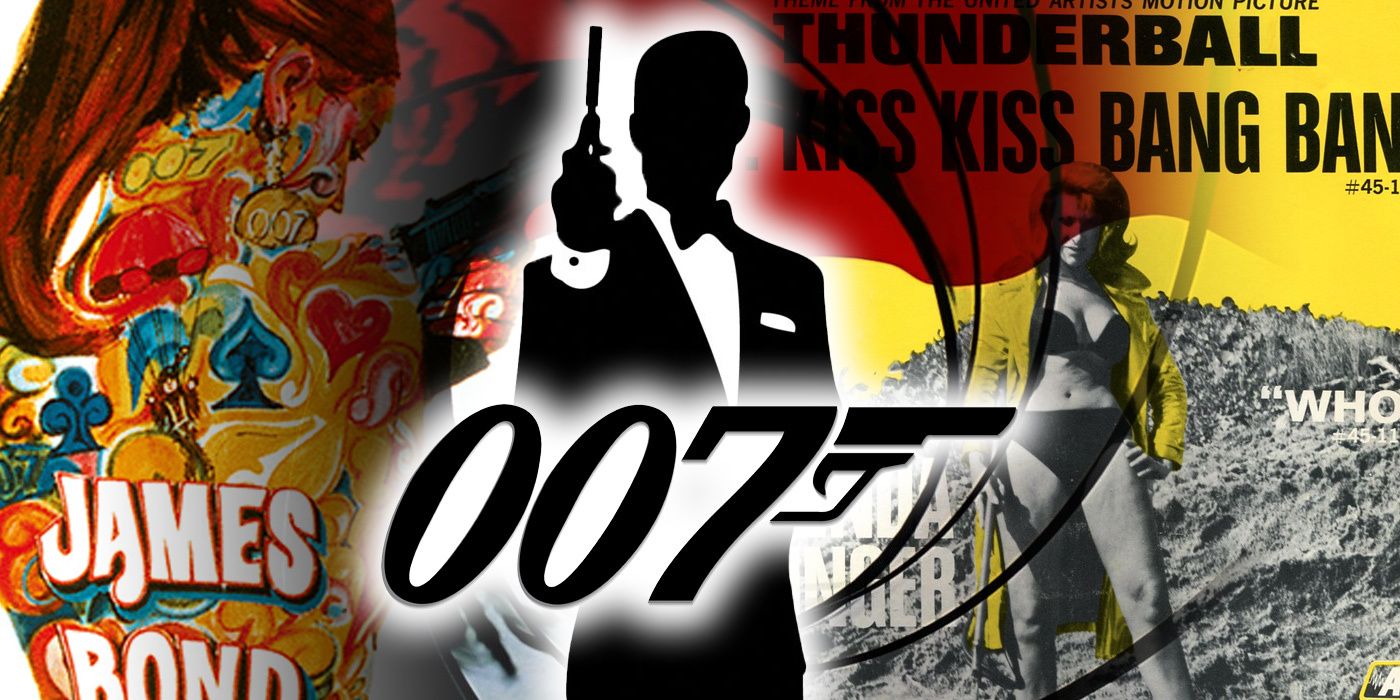 There are a ton of exciting film anniversaries in 2022, but none are as historic as Bond… James Bond. The 007 film franchise is celebrating 60 years on the big screen and the series has been pulling out all the stops this year for the special occasion. This has included many fan favorite Bond adventures like Dr. No and Skyfall returning to the big screen in select markets. There are so many amazing aspects to every Bond entry. However, beyond the great action, cat loving villains and cool gadgets, the music of 007 has always been one of the series’ most appealing qualities. Now, Bond fans all around the world can celebrate the music of 007 with a new James Bond vinyl set.

The double 12” vinyl set includes every James Bond title track from all 25 of the characters’ big screen missions. Every theme was performed by the Royal Philharmonic Orchestra at the famous Abbey Road Studios. The release is also presented in a gatefold sleeve featuring the art of the Bond poster.

The opening title sequence and hearing the title track for each new film is almost as exciting as seeing James Bond himself. Over the last 60 years, Bond has consistently had one of the best soundtracks in cinematic history. This British spy is the gold standard for how music can elevate a film — that all starts with the agent’s title tracks that set the thrilling, sometimes romantically somber, atmosphere and classical tone. However, these songs are not just some of the best music in film, they’re also some of the best music in general, and it all starts with Monty Norman’s iconic Bond theme. It’s one of the best musical arrangements in history, but it’s also a theme that everyone knows just by hearing one note of it. Like John Williams’ Superman theme, even if you have never seen a Bond film, you know that this brilliantly exciting track is 007’s theme.

RELATED: Sam Mendes Is Rooting For a Woman to Direct James Bond

However, beyond just the original theme, the rest of Bond’s title tracks are equally iconic. Whether it’s Shirley Bassey’s “Goldfinger”, Tom Jones’ “Thunderball”, Tina Turner‘s “Goldeneye”, or Adele’s “Skyfall”, no one has quite a musical legacy like 007. Even his underrated tracks like Chris Cornell’s “You Know My Name” from Casino Royale or Sam Smith’s “Writing on the Wall” from Spectre are musical masterpieces. No matter if it’s more modern talents like Billie Eilish or music icons like Nancy Sinatra singing the title track, one thing remains the same: you’re always in for a memorable adventure that wonderfully blends classic cinema and romance with the modern action tropes of the time.

It’s rare for a film franchise to last as long as James Bond, with 25 films and counting . However, that has a lot to do with its music. A musical score can make or break a film, but the music of Bond has elevated his franchise to one of the best in cinematic history. No matter who plays Bond, who directs the film, or who composes and sings the title track of the latest entry, there’s always something so magical about the sound of 007. It has an emotionally epic weightiness to it that few franchises have.

You can pre-order the James Bond 25 Double 12” Vinyl Set on the official 007 website for $34. The set is expected to ship later this month, which is just in time for Dr.No’s 60th anniversary on October 5, James Bond Day. Until then, you can stream the latest Bond film No Time To Die on Amazon Prime Video now. You can also listen to a few Bond title tracks, including Eilish’s “No Time To Die”, down below.