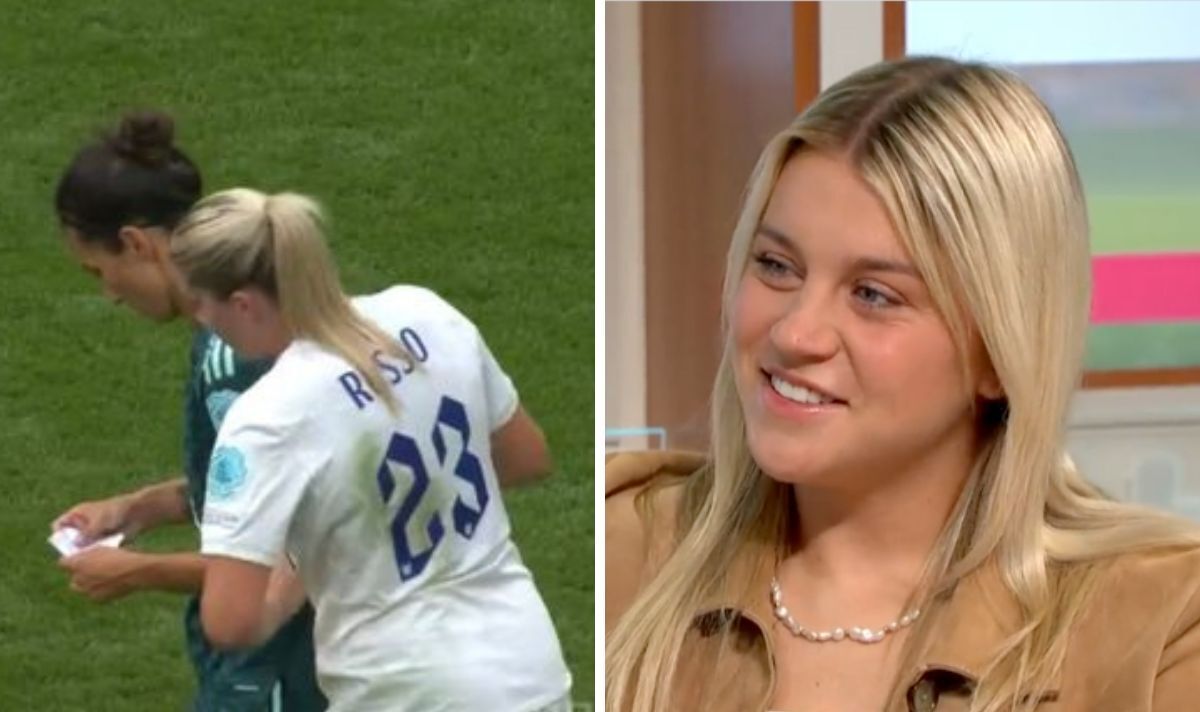 The 23-year-old told the ITV hosts Kate Garraway and Richard Madeley that although she’s  yet to watch the match back, she’s  “overwhelmed” by the whole experience. During the interview, the footballer revealed exactly what was written on the note Lena Lattwein came onto the pitch with, which Alessia tried to get a look at.

On Sunday night, the nation celebrated as the England Lionesses took home their first European Championship after an intense final game with Germany.

With the match having to go into overtime with the score being 1-1, Chloe Kelly managed to secure a win for the team after her incredible goal.

During the game, Germany tried to change their tactics in a not-so-subtle way.

The opposing team made a substitute during the match and sent Lena onto the pitch with a note.

Alessia added: “Everyone was telling me, could I speak German but it was all just Xs and Os from tactical changes.”

The ITV host questioned if anything on the note made sense to her.

The Lioness confessed: “Not really no!”

Richard and Kate both laughed at her admission before they told her they admired the try regardless.

However, during the interview, many viewers slammed Richard for an “inappropriate” comment towards Alessia.

At the start of the conversation, he asked:  “If I was your dad and asked you that and said, ‘How are you feeling love?’ What would you say?”

The footballer replied: “I’d be lying if I said I wasn’t exhausted, cause I am!

“Just from the game, everything was just amazing, it’s so overwhelming.

“I think the whole experience of it all was what we’ve been waiting for in women’s football for a long time.”

Viewers watching were quick to pick up on Richard’s “love” comment as they slammed the host for his interviewing.

Selexiak added: “Uh, oh, Inappropriate Grandad’s interviewing one of the football team again. “How are you feeling, love?” #richardmadeley.”

With Johnny replying: “Called Chloe Kelly “Coco” yesterday because that’s what he calls his daughter & now this. Literally the worst guy to be presenting GMB especially after what the Lionesses have done.”

Good Morning Britain continues weekdays on ITV at 6am

What Is The Wordle Answer Today? #410 Hints & Tips For Wednesday, August 3