Is An Elite Controller Actually Worth It (If You’re Poor)? 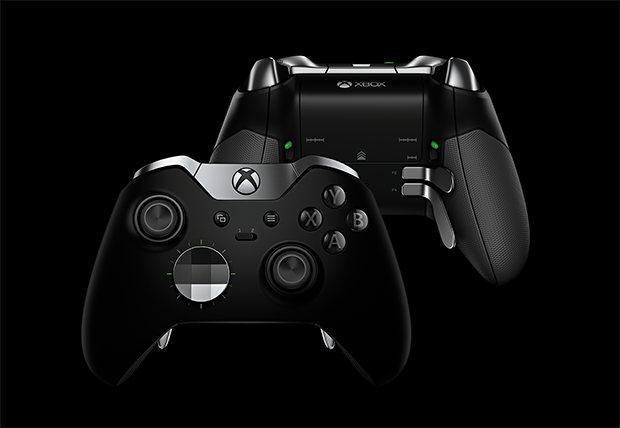 I’ve never been a gamer with a lot of cash on hand. Just buying a single console per-generation is a massive decision for me. Most games in my collection are from the discount rack and digital bundles, so I never thought I’d even have the chance to try an Elite controller – I mean it’s half the cost of a Series S console, for crying out loud – but I got lucky. I found that very same console bundled with a used Elite for dirt cheap.

I hate that this costs so much to have, because my word is this controller a revelation in an era of stagnant control evolution. Both on the hardware and software front, developers have seemingly given up on redesigning any aspect of a controller that’s become mainstream in gaming. Some aspects I understand, you don’t become a standardized concept by coincidence – analog sticks are here to stay – but the Elite made me realize how much energy we’ve wasted on a suboptimal layout.

The irony of this all is how the creators of the original Xbox realized this exact design flaw: the bumper buttons. For those who grew up during the 6th console generation, if you had an Xbox, you’ll remember how instead of two clunky, uncomfortable not-triggers, we had two extra face buttons closer to the right analog stick. Not quite ideal, but a step in the ideal direction.

It not only removes a level or complexity from an entire side of the controller, but these buttons would typically hold either less important or at least less commonly used functions. They made sure developers had the same amount of inputs as a DualShock 2, but with a bit more of the Dreamcast’s philosophy going on.

ALSO READ: The Half-Life Orange Box For Dreamcast That Never Was

For two console generations though, the Xbox conceded to the dreaded bumpers and produced two controllers that might be more ergonomic to hold, but their bumpers still weren’t pleasant to use. If anything, they felt clunkier, like an unpleasant obligation. You can really feel this with games designed first for the DualShock 3 and 4’s gentler curved L1/R1 bumpers, because those games tend to really lean on them where most Xbox-first games tend to treat them more like the old black and white buttons. Neither option really solves the problem though – that’s for the Elite to handle.

The Elite offers a variety of customization options, sure. I honestly couldn’t care less about the different analog sticks or the fancy D-Pad. What makes it worth using are the rebindable underside paddles. These not only fill the role of my bumpers in every game, but the accompanying pair on the right side serve as extra A and B buttons for quick menu navigation.

And you know what? My fingers actually cramp less. My response time goes up for several actions like dodge rolls and QTEs. My daily use of my Xbox is actually enhanced by simply letting me use the fingers that would otherwise be doing absolutely nothing. There’s nothing lost here, as anyone can rebind the paddles however you please while retaining all the existing buttons. It begs the question of why a basic version of the Xbox controller with a cheaper iteration of these paddles isn’t mainstream.

I can’t believe that given the already substantial mark-up for controllers, Microsoft couldn’t use this as their leg up over the DualSense’s, uhh, fancy vibrations. Longer sessions without hand cramps matter a lot more in the long run than if your controller feels like raindrops. Hopefully someone puts two and two together, but in the meantime, if you can find one on the cheap, an Elite is absolutely worth your money!

NEXT: The Best Difficulty Settings Are Those In-Between Ones