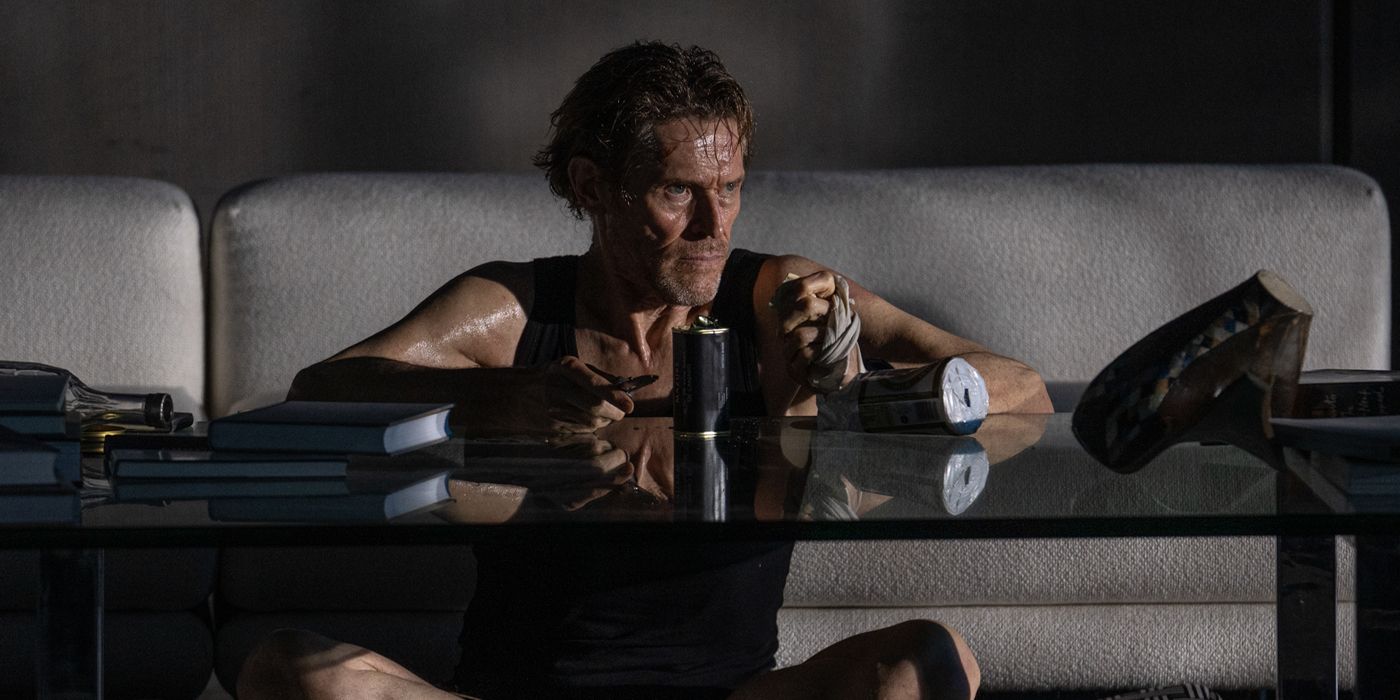 Vasilis Katsoupis directs the psychological thriller in his feature debut.

Focus Features has unveiled the official trailer for Vasilis Katsoupis‘s feature directorial debut Inside, a psychological thriller starring Willem Dafoe as a very unfortunate art thief named Nemo. During a heist, he ends up locked inside a high-tech New York penthouse with nothing to help him save for his wits and the paintings he was trying to steal. He must hold out until he can make his escape, but that proves far easier said than done given his circumstances. Our first look at the film showcases his struggle to survive with what limited resources he has.

Focus Features continues its commitment to showcasing burgeoning international filmmakers with Vasilis who only has one other directing credit to his name with My Friend Larry Gus. The documentary was well-received, earning a nomination for Best Documentary at the Los Angeles Greek Film Festival and bringing some attention to the director. With Inside, he’ll instantly get to showcase his skills to a much wider audience with a fan favorite in Dafoe as the lead. The four-time Academy Award nominee has been in massive crowd pleasers like Spider-Man 2 and recently reprised his role as the Green Goblin in Spider-Man: No Way Home, but he’s also known for his work in excellent dramas like Platoon and Robert Eggers‘s The Lighthouse and The Northman.

More Background on Inside

Katsoupis will also get to work alongside an experienced writer in Ben Hopkins who most recently has been attached to the highly anticipated Limonov: The Ballad of Eddie starring Ben Whishaw. He’s also penned and directed The Nine Lives of Thomas Katz and Simon Magus as well as documentaries like Napoli: City of the Damned and In Search of Monsters. His varied experience should help Katsoupis out in his first major fictional feature.

The director will also re-team with producer Giorgios Karnavas who was also on board the crew of My Friend Larry Gus. More recently, Karnavas was also attached to perhaps Focus’s biggest film of the year – the Cannes Palm d’Or winner Triangle of Sadness – through the Greek banner Heretic. Joining him on the production end are Marcos Kantis and Dries Phlypo. Katsoupis will also serve as an executive producer, joining Jim Stark, Konstantinos Kontovrakis, Charles E. Breitkreuz, Martin Lehwald, Jean-Claude Van Rijckeghem, and Stephen Kelliher.

Inside releases in theaters on March 10, 2023. Check out the trailer below.