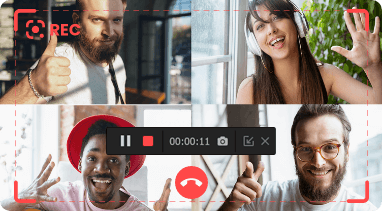 Screen recorders have seen significant improvements in recent years, and there are now plenty of free options available that allow you to capture everything on your screen. You have to neither deal with any software limitations nor purchase a license.

iFun Screen Recorder is one of the best free screen recorders on the market. It’s an impressive screen recording program with features that rivals those of the paid solutions. Plus, you get to record any area of your screen and capture audio from the system. It even lets you save recordings in a preferred format of your choice.

The vast set of features makes iFun Screen Recorder an ideal choice for most users, including gamers and professional creators. Since many of you clearly seem interested to learn more about this fantastic screen recorder tool, let us take a deep dive into some of its key features.

Despite being freeware,iFun Screen Recorder packs quite a lot of features that are usually reserved for the premium tier. Here’s more in detail:

iFun Screen Recorder gives users the ability to select any area of the screen for recording, whether it’s the entire desktop or only a tiny app window. It works on multi-display setups as well.

Furthermore, the software can simultaneously record system sound, along with the audio from your device’s built-in microphone or an external headset.

Suppose you are working on a video guide, and you also want to take screenshots for additional instructions. With iFun Screen Recorder, all you have to do is press a hotkey, snip a part of your screen while recording, and save it as a screenshot in a separate folder.

Once you stop recording, you also get to edit it directly from iFun Screen Recorder. The built-in video editor is straightforward to use, and it offers basic edit functions (e.g., crop, trim, cut).

While it won’t replace your typical pro video editing suite, the integrated editing tools come in handy when you aren’t willing to install another piece of software on your PC just to make some minor edits.

Save recordings in different formats

iFun Screen Recorderlets you save your screen captures in twelve different formats, making your recordings playable on every type of media device. Some of the popular video formats include MP4, MKV, AVI, FLV, MOV, TS, and more. You can even export your creations as GIFs!

As long as your PC or laptop has a relatively modern processor, you shouldn’t face any system lag when screen recording in high-definition quality. IObit has optimized the program well enough to utilize less than 10% of CPU resources and less system memory than most other screen recording tools on the market.

Safe and Free to use

IObit offers some of the best free utility tools for Windows, and the iFun Screen Recorder is no exception. It’s safe to install and use on not only Windows 10 but also Windows 8.1, 7, and even Vista.

Unlike most other free screen recorders, IObit doesn’t bother you with disruptive advertisements or add watermarks to your recordings. There are also no restrictions on video length, so you can record your PC screen as long as you wish in one go. 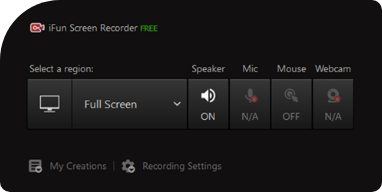 iFun Screen Recorder makes it simpler for users to record their screens. Once you install the program on your Windows PC, all it takes is a few steps to go through, which we have described below in detail.

In case you want to adjust the video resolution, frame rate, quality, and change the output format, go to the Recording Settings tab. From there, you can also select your preferred destination folder and configure the audio format.

IObit also offers an online screen recorder that doesn’t require users to download the software for screen recordings. The only requirement is to have the latest version of Chrome, Firefox, or Opera web browser installed on the PC; there’s no need for account login.

Verdict: Should you use iFun Screen Recorder?

If your primary purpose is to record your PC screen or gameplays with audio, we highly recommend using iFun Screen Recorder. It’s free, easy to use, has a built-in video editor, and offers dozens of export options.

Plus, you won’t have to deal with any ugly watermark, recording limits, or pop-up advertisements! However, it’s worth noting that iFun Screen Recorder prohibits recording copyrighted streams for apparent reasons.

Use your phone to spot fake images