Walk along the beach after a winter storm and you’ll see a shore littered with wracks of giant kelp, some 30 to 40 feet long—evidence of the storm’s impact on coastal kelp forests.

Less apparent to the casual beachgoer is what happens to the submarine forests after the storm’s fury dies down. This is precisely the topic of a new study led by Raine Detmer a graduate student at UC Santa Barbara. She developed a mathematical model describing the effects of severe storms on kelp forest ecosystems, particularly the seafloor, or benthic, communities. The research, published in Ecology reveals an ecosystem whose variability is key to its diversity.

Giant kelp forests are a wonder of the underwater world. They share many similarities with terrestrial forests: lush understories, diverse fauna and verdant canopies that stretch skyward toward the sunlight. However, they also have features completely foreign to any woodland. Giant kelp is among the fastest growing organisms on Earth—able to grow up to two feet per day under ideal conditions—with a lifecycle much shorter than that of any tree. Also, unlike trees, the presence of the giant algae can change rapidly: Storms can uproot entire kelp forests in February that grow back by September.

These factors make for a forest that is always in flux. “If you have a really dynamic foundation species, like giant kelp, this can cause fluctuations in environmental conditions,” said Detmer, a first-year doctoral student in the lab of Holly Moeller an assistant professor in the Department of Ecology, Evolution and Marine Biology. conducted the research her senior year at UC Santa Barbara.

Detmer, who conducted the research her senior year at UC Santa Barbara, sought to determine how storms affect the kelp forest floor, which hosts a diverse community of invertebrates and understory macroalgae. To this end, she and her coauthors developed a mathematical model of the ecosystem’s intricate relationships. It accounts for factors like the growth rate and mortality of algae and invertebrates, the life stages of giant kelp and the amount of light reaching the seafloor.

“This model is hard to describe,” said co-author Moeller, “because it’s this chimera built from 100 years of different mathematical ecology models that Raine wove together in this creative way that you need when you have to represent things as complex and variable as a kelp forest.”

The model incorporates two very different assemblages of species—understory algae and sessile invertebrates—and the complicated lifecycle of kelp itself. To validate it, Detmer relied on data from the Santa Barbara Coastal Long Term Ecological Research project (SBC LTER), a National Science Foundation research site managed by UCSB’s Marine Science Institute. “You can’t build models like this without 20 years of data,” Moeller said. “And you can’t find 20 years of data, on kelp forests anyway, anywhere but here, at the SBC LTER.”

A driving force behind the make-up of the benthic community is the competition between sessile invertebrates, like sponges and anemones, and understory algae for space. With enough sunlight, the algae can spread and grow more quickly than the invertebrates, but under the shade of the giant kelp, the invertebrates win out.

Simulating the effects of storms on the ecosystem revealed that, by removing the giant kelp, a storm can provide a competitive advantage to the algae over the invertebrates. What’s more, if the storm also scours the sea bottom, it exposes more surface for the two factions. And with the seafloor now bathed in sunlight, the algae can take advantage of the real estate more quickly than their competition.

What’s fascinating is that the ecosystem doesn’t simply remain a meadow, as the algae’s time in the sun is only temporary. The model showed that as the vigorous giant kelp again begins to reach for the surface, it shifts the competitive advantage back toward the invertebrates.

In this way, competing groups of organisms with different resource requirements can coexist in these systems, with each faction dominating at a different time. Moeller compares the situation to contestants in a triathlon. If one athlete is a great runner but a poor swimmer, and another is a great swimmer but a poor runner, both competitors will be able to hold their own overall.

The results highlight the effect of a dynamic foundation species, like giant kelp, in shaping an equally dynamic ecosystem. In contrast, ecosystems with more stable foundation species, like redwoods for instance, don’t exhibit this kind of behavior. “Visitors to Muir Woods expect to see a redwood forest regardless of the time of year,” Moeller said. “But visitors to a kelp forest could find sparse kelp and a carpet of seafloor macroalgae on one dive, and return to see a dense kelp canopy just a few months later.”

The findings also support the intermediate disturbance hypothesis, Detmer explained, which contends that there is a sweet spot in terms of disturbance frequency and intensity that will allow multiple different factions to coexist in an ecosystem.

“The intermediate disturbance hypothesis is like the ecologist’s version of the Goldilocks story,” said Moeller, “where there is a frequency of storm disturbance that is just right to produce these high diversity communities.” In other words, different groups of organisms flourish under different disturbance regimes: Frequent storms favor the light-loving macroalgae, while the invertebrates do better under more stable conditions, when the shade of the giant kelp keeps the algae in check.

Researchers have previously investigated the effects of storms on benthic communities at the SBC LTER. But Detmer’s model adds predictive power to the insights gleaned from those past experiments and data. “The value that the mathematical models have is they allow you not just to interpolate, but also project and extrapolate,” Moeller said. “Once you have a mathematical model that performs as beautifully as Raine’s does, then you can use it to start making those projections.”

As the effects of climate change become more severe, this predictive power will prove critical to assessing kelp forest health and developing stewardship strategies. Scientists predict storm frequency and intensity will increase, which may hamper the ability of giant kelp to recover from these events. We may see macroalgae-dominated states more often, accompanied by a decline in the numbers of sessile invertebrates. This is important because these animals are an important food source for predators, from sharks and fish to otters and sea stars. A decrease in these prey species could lead to a reduction in the numbers and diversity of predator species.

“Just the ability to quantify what the sensitivity of these systems are helps us,” Moeller said. “It can give us a sense of where their breaking points lie.” 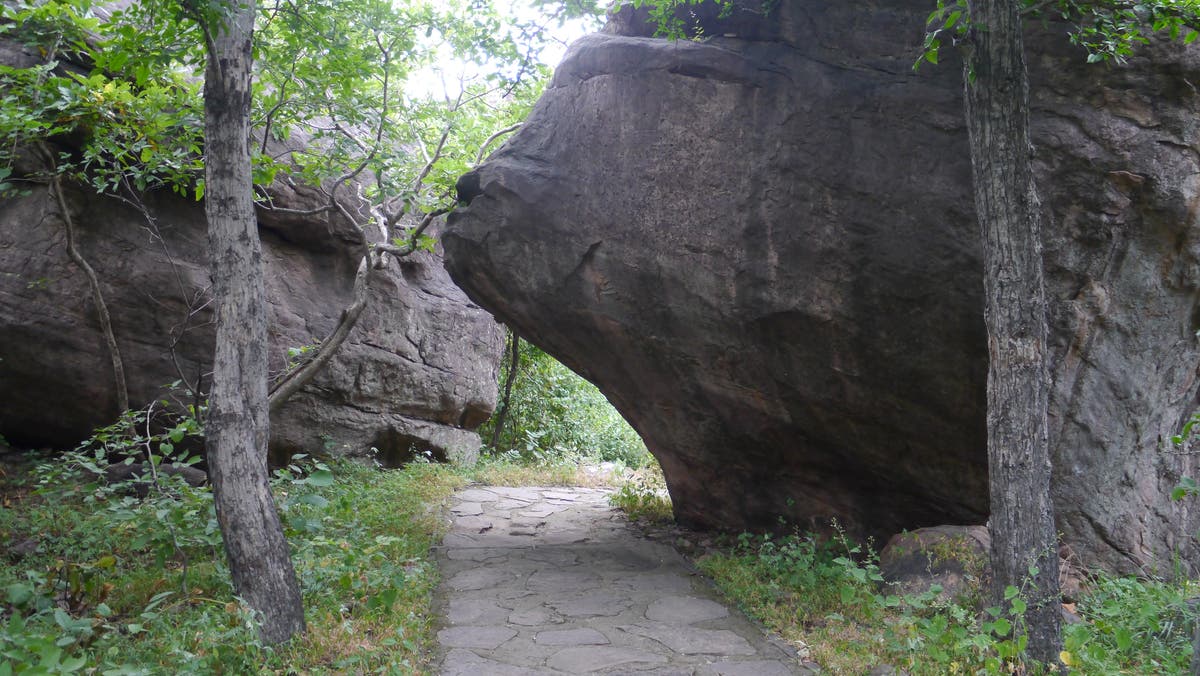 Science news in brief: From Indian cave masterpieces to a mouse that survived an apocalypse 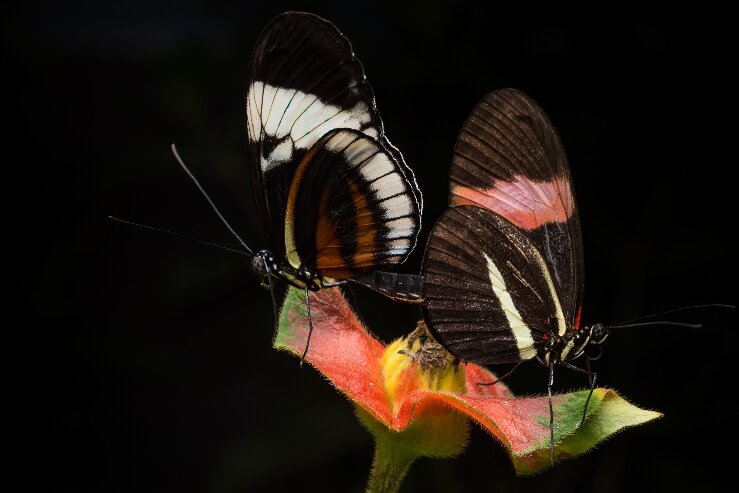 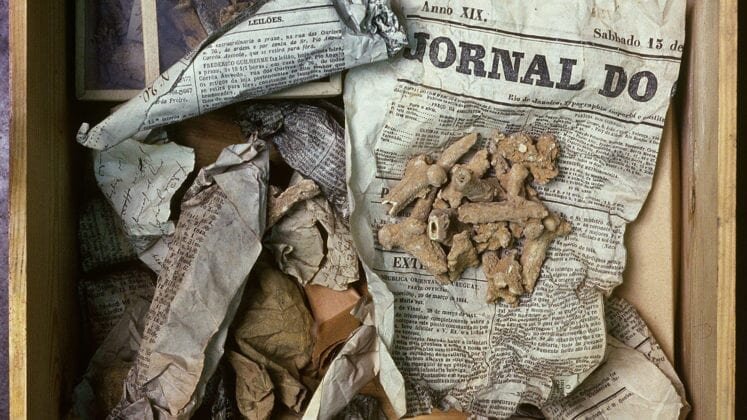 Doomsday Clock: Humanity is still closer to apocalypse than ever, experts say