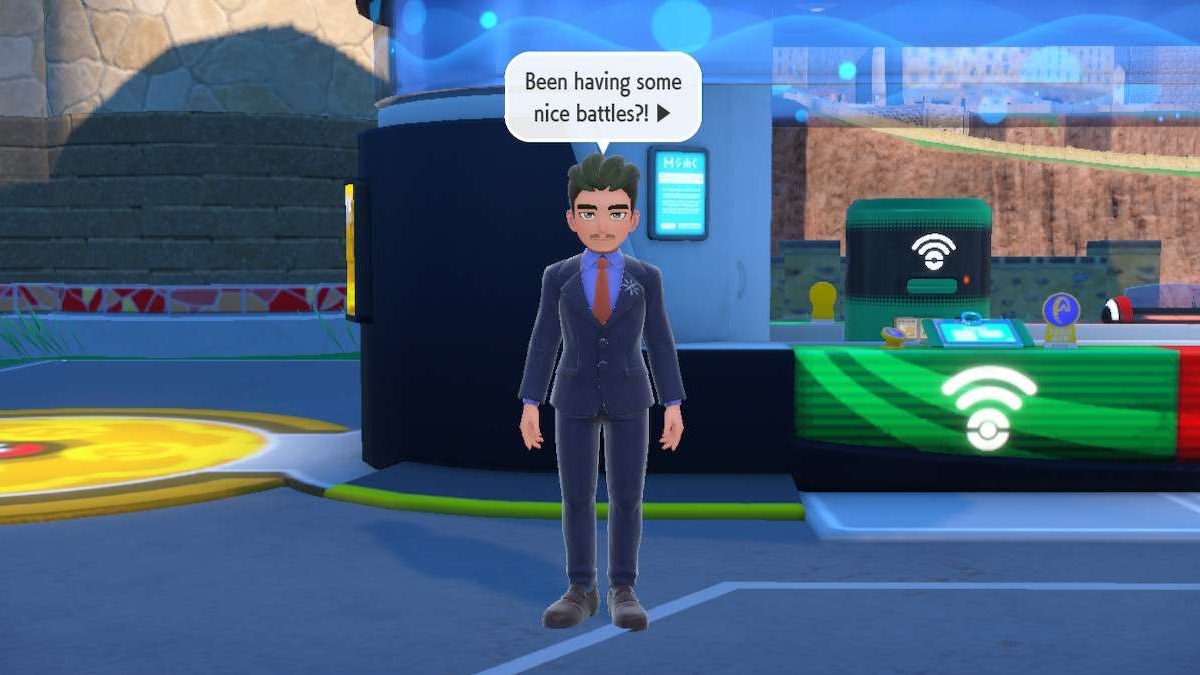 Status moves are extremely powerful in Pokemon. Every good team should have a variety of status moves as it helps you control the battle by hindering your opponent. One of the most reliable status moves in Pokemon is Thunder Waves and you can get it early on in your playthrough. Here’s how to get Thunder Wave in Pokemon Scarlet and Pokemon Violet.

The Thunder Wave TM is received early on before you even enter Mesagoza City for the first time. Just outside of Mesagoza City’s gates next to the Pokemon Center you’ll encounter a Pokemon League Rep. Speaking to him will reveal that he has a special prize for anyone who can defeat four nearby trainers.

The four trainers can be found at the locations marked with a white dot. Screenshot by PC Invasion.

As an added bonus Pokemon Scarlet and Violet also let you craft TMs like Thunder Wave. By completing this quest you now have the ability to craft as many Thunder Wave TMs as you want. You can craft more Thunder Wave TMs by interacting with the Technical Machine Machines found at every Pokemon Center. Creating a Thunder Wave TM requires 400 League Points, three Mareep Wool, and three Pawmi Fur.

Pokemon Scarlet and Pokemon Violet can be purchased on the Nintendo Store.