How To Get The Molten Pickaxe 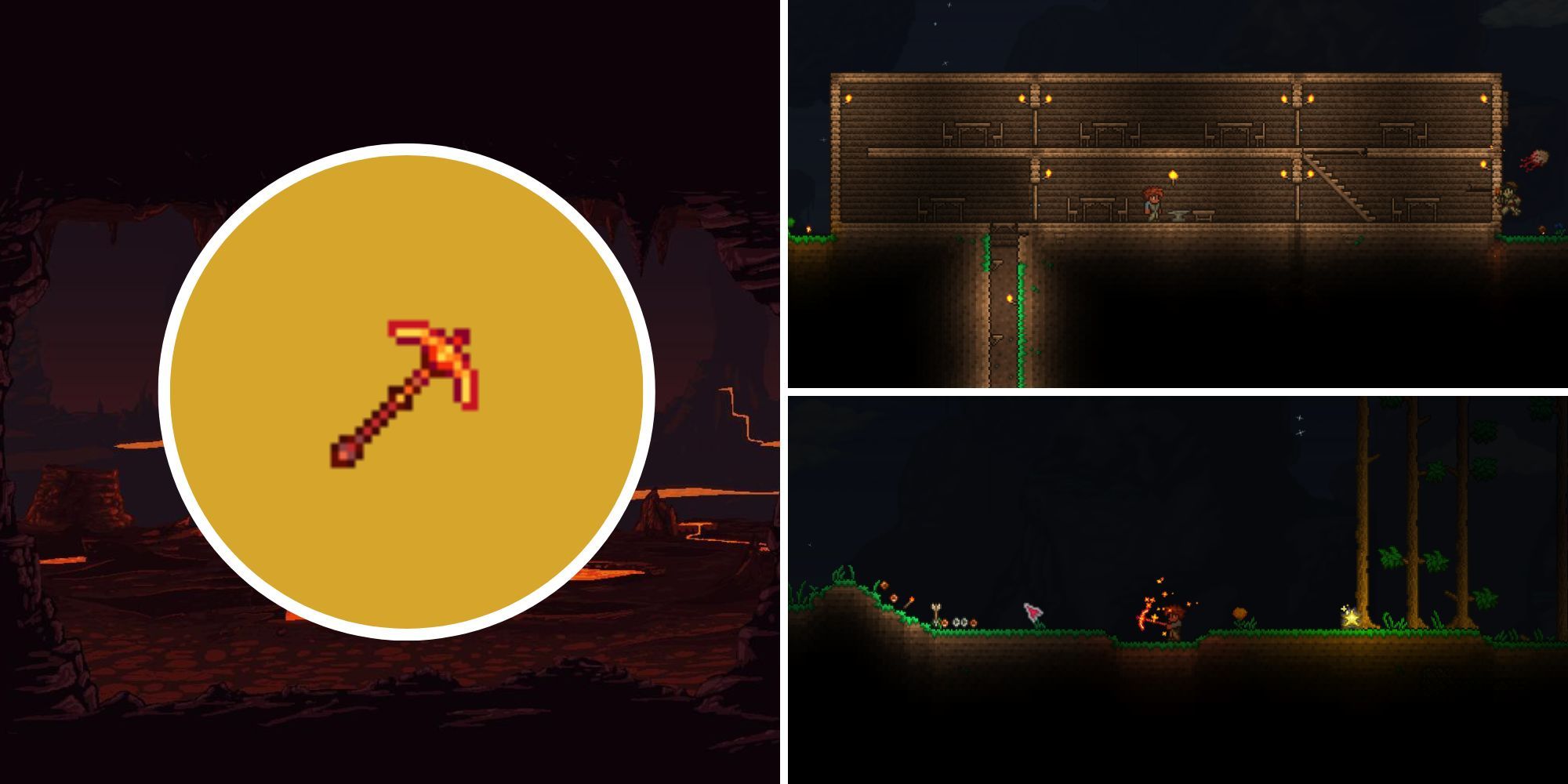 Trying to craft the Molten Pickaxe in Terraria but don’t know how? This guide can help.

Terraria is the type of game that follows a set upgrade path for your gear, and that’s no exception when it comes to the final pickaxe before you enter Hardmode: the Molten Pickaxe.

If you’ve never built one before, you’ll need to in order to access all the late-game ores Terraria has to offer. However, getting this particular pickaxe isn’t as straightforward as the ones before it. Here’s everything you need to know about getting the materials for and making the Molten Pickaxe.

How To Craft The Molten Pickaxe

The Molten Pickaxe has a fairly simple recipe on the surface: just 20 Hellstone Bars. However, getting Hellstone Bars is going to be more complicated than it may seem at first. They require Hellstone Ore, Obsidian, and a Hellforge to make.

This means you’ll need access to the Underworld and at least a Nightmare or Deathbringer Pickaxe before you can grab the un-craftable Hellforge from the Underworld dungeons. Not to mention, you’ll have to make some serious preparations if you want to survive the pools of lava and hoards of enemies you’ll have to fight to get there. Be ready to have your platforming skills tested.

Once you’ve gathered enough Hellstone Bars, all you need to do is take those materials to an Anvil, and the option to craft one should appear in the bottom left of your inventory screen. Simply click on the icon like you would any other item, and you’ll have made your very own Molten Pickaxe. This is one of the best parts of Terraria’s crafting: It is so streamlined compared to other popular crafting games.

What’s So Good About The Molten Pickaxe?

However, even if you don’t want to play Hardmode, the Molten Pickaxe boasts one of the fastest mining speeds in the game, and more importantly, it provides a burst of light whenever swung. If used liberally, the Molten Pickaxe can easily replace whatever other items you were using to light up the area around your character.

NEXT: Best Metroidvania Games Ever Made, Ranked

BINGO WILKIN returns in THE CULT OF THAT WILKIN BOY