How To Farm Padisarah & All Locations 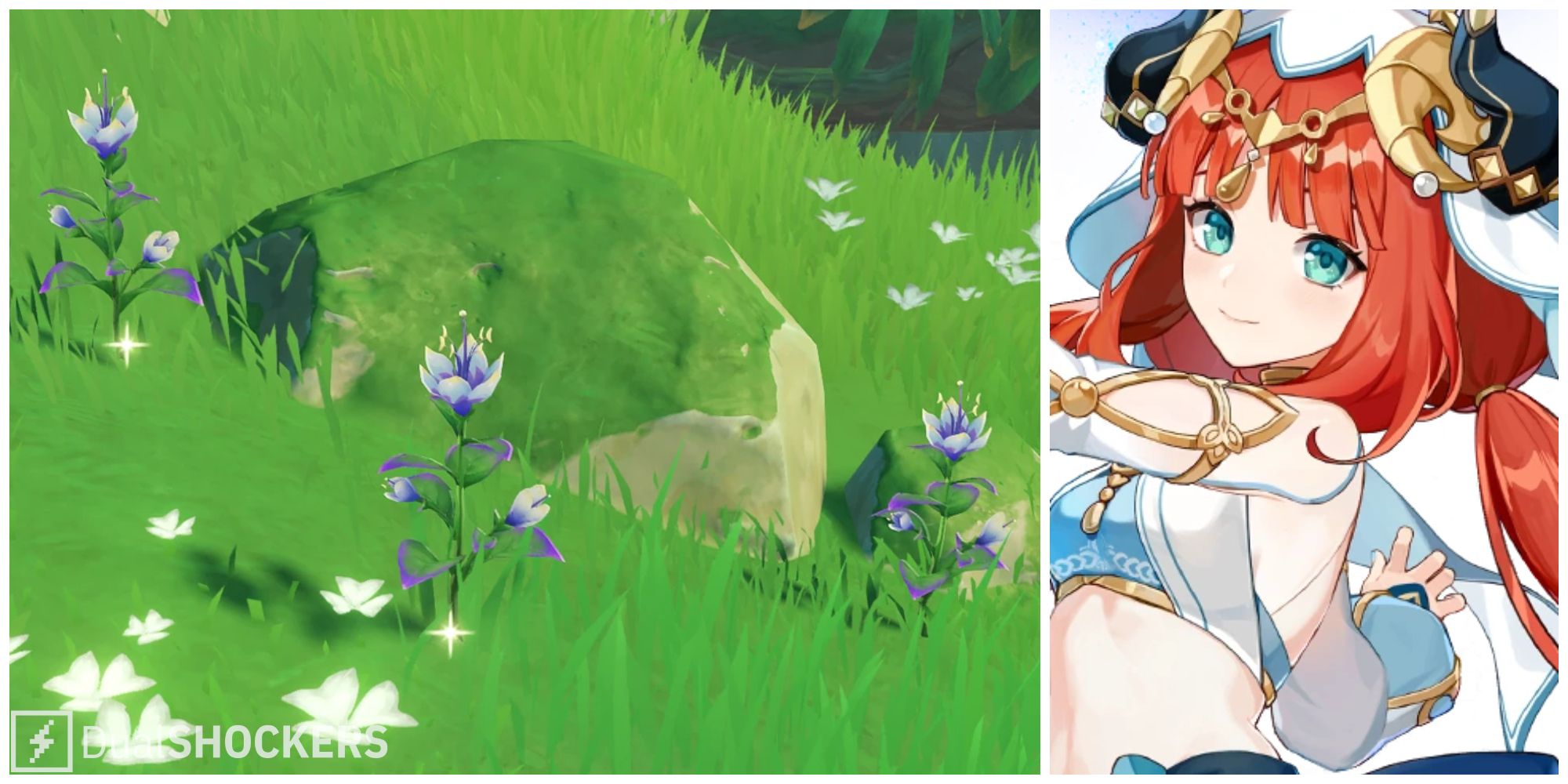 Padisarah is a Local Specialty to the region of Sumeru in Genshin Impact and is used to ascend the 5-Star character Nilou.

You can also use this specialty flower for cooking meals and forging items, like the Dendro Treasure Compass, which can be used to find treasure chests all around Sumeru. If you are looking to farm Padisarah, this guide will help you find every location around the Teyvat map.

Whenever you farm anything in Genshin Impact, you have to start by mapping out every location of Padisarah. To make it easier, you can mark each cluster of Padisarah with a pin on your map and use the ‘Navigate’ function to allow the pins to blink on your mini-map, making it easier to determine how close you are to your next item.

You can either start in the Vanarana location or Alcazarzaray; both will be the same distance. However, it might be more beneficial to start in the Vanarana location due to there being a Silapna nearby in case you need to change to the Reality State of Sumeru. If you are in the Dream State, you will only find Viparyas in place of Padisarah. Make sure you are in the Reality state by playing the Rhythm of the Great Dream with your Vintage Lyre at the Silapna.

The above map shows exactly where you should start your farming journey in Sumeru and where it will end. You can begin by teleporting to the Statue of Seven Waypoint, which is nearby to the Tree of Dreams, as this is where the first Padisarah will be found.

Below, we will guide you through each location of the 68 Padisarah that can be found on the Teyvat map. Each image will provide the exact location of each Padisarah, as well as provide the mini-map at the top of the screen to show the location on the map.

Padisarah 1 Through 5 By The Tree Of Dreams

Padisarah 6 Through 8 Outside The Tree Of Dreams

Padisarah 9 Through 10 Next To Tree Houses

The next two Padisarah will be to the west of the Vanarana Teleport Waypoint. You can grab them by taking this Teleport Waypoint and then head northwest until you find a few tree houses. You can use the images above and the mini-map to find their precise location.

Padisarah 11 Through 16 In An Underground Cave

The next few Padisarah will be found in a cave underground. The exact location of the cave is shown in the first map picture above. There will also be one right outside the cave on top, shown in the second picture. Once you are in the cave, there will be a Padisarah next to a tree, while the last four can be spotted near a cliff.

These Padisarah can be found deeper into the forest area of Vanarana nearby to a Phantasmal Gate. You can find the first towards the entrance of a village area, while the next two will be nearby to a few houses in the village. Finally, the last two can be found if you go a little farther northwest on the map next to another tree house.

The next 8 Padisarah can be found a little north of the medium-sized lake in Vanarana. These can be a bit tricky to find, as they are spread all around a large tree. You will find the first five around a few tree houses. The last three, you’ll find on a barricade, as shown in the fifth picture above. To unlock this barricade, you have to go to the tree house found below that has a Dendrogranum you can use to break open the barricade. Use a charged attack to open it up, and you will find the last three hidden inside, as shown in the last picture.

To get to the next two, you can use the Four-Leaf Sigil nearby to head southwest. There will be more tree houses in this area, and one of the Padisarah will be right outside the first house. The next one will be hidden in another cave close to the house and will be right at the front.

You will want to move to the next Teleport Waypoint in Ashavan Realm to get to the next three Padisarah. Head directly north, and the first will be beside a tree, while the last two will be on a hill near some Fungi enemies.

These Padisarah can all be found in the small city of Pardis Dhyai. Use the Teleport Waypoint shown above to reach these Padisarah. The first two will be at the very front of the city. The next four will be found in the small greenhouse at the top of the city. Then, head south to find the next two beneath the greenhouse area. After that, the next two can be found southwest next to a tree. Finally, the last two will be right next to the stone path.

Padisarah 52 Through 57 Inside Sumeru City

To reach the next few Padisarah, use the Teleport Waypoint shown above in the first picture to reach the path just outside the Palace of Alcazarzaray. Once you reach the end of this path and are close to the Palace, there will be a small rock to the left that has three Padisarah surrounding it.

Finally, the last Padisarahs can be found within the Palace of Alcazarzaray. Once you head inside, you’ll find the first two tucked away, hidden behind some bushes. After this, you will want to head up to the small building with the character Shaghayeh standing outside. The Padisarah will be to the right of the building. The next one, you will find a little further up next to the character Mandana. Then, head south on the map to find the next two nearby to the water fountain. Finally, the last two will be on the other side of the path by the water fountain.