We are a part of the Warframe nation

I have to hand it to the developers who work on popular games-as-a-service titles. It takes a lot of work to keep content interesting and players interested. Some rely on outside nostalgia to rope people in. Others look inward for opportunities to excite their massive player bases by breathing new life into popular existing content.

For the looter-shooter Warframe, that means reimagining Warframes with new Prime designs. Some are fairly simple upgrades of their original concept, like the Excalibur Prime. Others are a bit more involved, like 2019’s Ivara Prime.

My current go-to Warframe is Hydroid Prime, which I got during TennoCon last year. Within two weeks of adding him to my arsenal, he replaced Wisp as my lead ‘frame, not only because he’s incredibly useful in battle, but I also just really dig his Davy Jones-inspired look.

Hydroid Prime debuted in 2017 and was designed by Digital Extremes artist Raymond dela Cruz. That same year, Octavia made her debut and quickly became one of the more popular ‘frames in the game. It was only a matter of time before she got her own Prime redesign, and the developers gave dela Cruz the task of reimagining Warframe‘s bard.

“I really like the original design,” dela Cruz said in a Google Meet interview with Destructoid. “It was designed by the original art director (Michael Brennan), and I thought it was just superb. So I just wanted to enhance it basically and decided to go with a marching band theme, but with more aspects of dance added into it.”

In picturing a marching-band-themed Warframe, dela Cruz started with pictures of the majorettes and baton twirlers you often see when marching bands perform. But the design needed more than just that. It needed a hook, and dela Cruz found one in one of music’s biggest stars.

“I needed a sort of inspiration or image of what I wanted to get across,” he explained, ” and the first thing that came to my mind was actually — and this is pretty funny — it was Taylor Swift because she has worn a marching band costume in multiple videos.”

That marching band aesthetic is something Swift has routinely included in her performances. She’s sported variations of the uniform in videos for “You Belong With Me” and “Me!,” and has incorporated the look into various television appearances and her Fearless tour. Plus, most of her songs actually sound pretty damn good when played by a marching band.

With a starting point of Taylor Swift on his mind, dela Cruz began to figure out how to translate a fun, dancy marching band concept into a Warframe.

“When I started blocking out the model in the concept phase, I realized I needed something more distinct. So I thought of other pop-culture references, and soon enough, I was picturing Janet Jackson’s ‘Rhythm Nation.’ She sort of looks like a marching band leader, so I was really inspired by her outfit in the video, like the hoop earrings, her hat, the shape of her jacket, and the medals on her chest. Even her hair.”

If you’re at all familiar with the “Rhythm Nation” music video and Octavia’s core design, you can begin to see its inspiration almost immediately. For me, it was the sharpness of the shoulder plates on the Prime that connected it to the Janet Jackson ensemble. Compared to the original Octavia, her Prime variant is a lot more militaristic, a real no-bullshit kind of design.

While that probably would have been all the inspiration dela Cruz needed, he pushed himself further and really embraced Octavia’s musical nature. 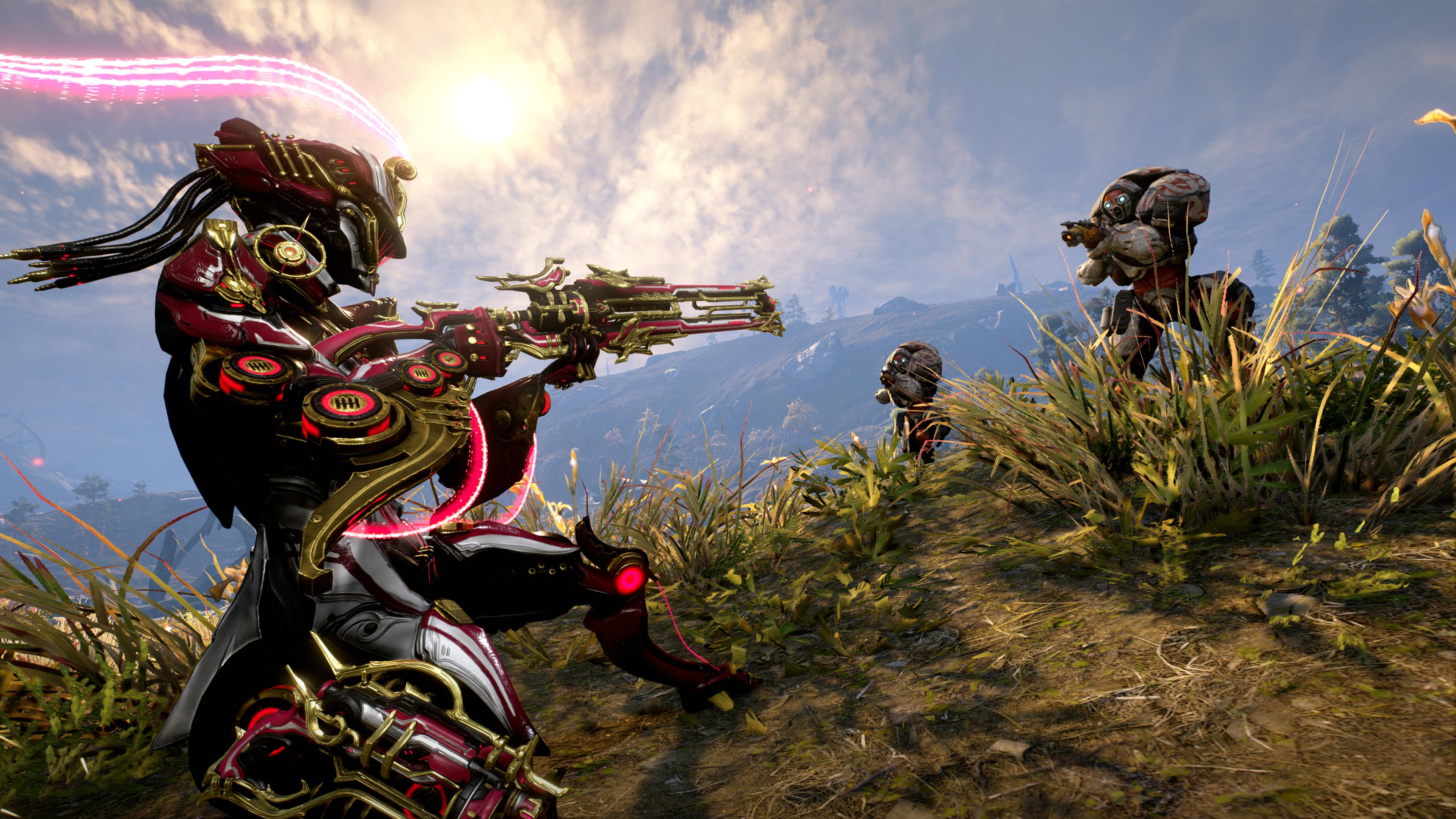 “I didn’t want to just make an obvious representation of her outfit. I wanted to mix in more flavors and even musical instruments into it. So if you look at her hoop earrings carefully, they sort of look like tambourines.”

The earrings can be a bit hard to see, but a far more blatant depiction of a musical instrument on Octavia Prime is found on her torso. Three lines stretch up from her midriff to her neck as though they’re the strings on a Shawzin.

“That started out because usually, the way it works with Primes is I look at what the default models will give me as far as shape goes, and it just seemed like it had the shape of a cello. I wanted to have something to put in the middle for the players to focus on, like an ornament or something. So I started with the bridges on a cello and put those on the surface almost like buttons, and then I thought ‘Why not put on strings to go through it?’ Then I started looking for more cello references and added tuners to her design. If you look at the helmet, you can see I put a scroll on it like you find on a cello.”

Cello references can be found on other parts of her body as well, but dela Cruz didn’t want to limit Octavia Prime to just classical instruments. After all, she’s launching alongside the new hip-hop-inspired, bass-heavy Bombast Instruments Pack for her Mandachord. On her thighs are ornate circular plates that mimic the speakers of a boombox, a design that can be found scattered across her body. These are present on the original Octavia, but here, they’re a lot more pronounced.

Not every instrument dela Cruz included is represented so clearly, though. Some had to be toned down to keep them from overwhelming the whole design.

“Originally, when I was working on it, I did model out an actual kalimba, which is this African instrument. When I was putting it on the model, it felt like there was too much detail, and it was distracting from the rest of the parts. So I did make a simplified version that eventually went on the side. It looks more like a button, but before, it was elaborate. Like you could actually see the individual tines.” 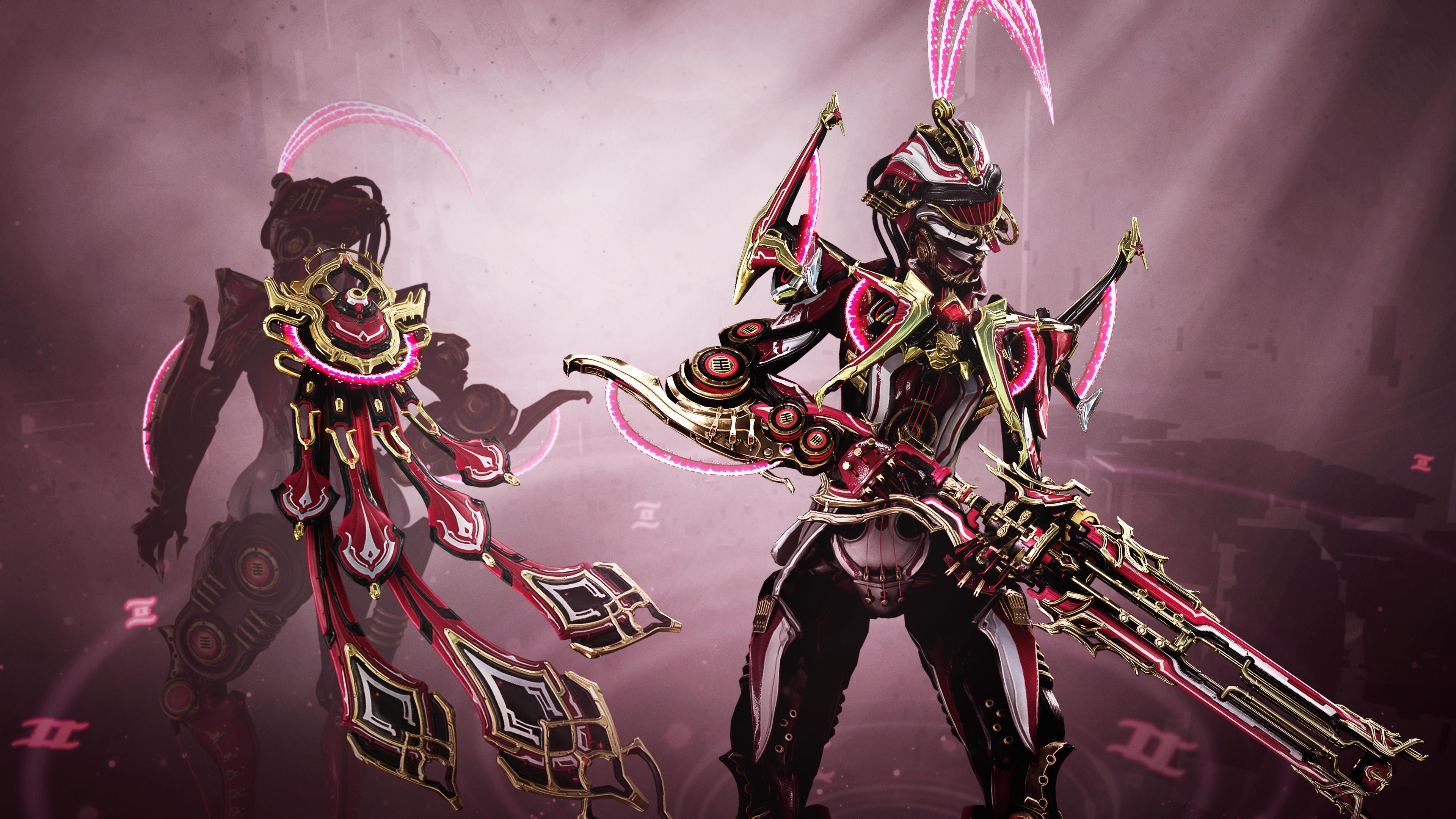 Octavia Prime will be available starting today at 11:00 am PT across all platforms. Along with the new ‘frame, Octavia Prime Access will include the Bombast Instruments Pack, the gorgeous Aristei Prime Shawzin, Tenora Prime Rifle, Pandero Prime Pistol, the Serenedine Syandana, Octavia’s signature armor and glyphs, and mods that allow for more customization options.

I expect to see a lot of players grooving as Octavia Prime over the next couple of months and look forward to seeing what some of the more prolific Mandachord musicians make with that new beat-heavy instrument pack. At the very least, I’m sure YouTuber Buff00n will be able to crank out more dope-ass hits with it. As for dela Cruz, he’s already started work on his next Warframe redesign. Unfortunately, that’s all he could tell me, and we’re just going to have to wait and see which ‘frame he’ll give the Prime treatment to next. Cosmically themed Astra is the next agent for ‘Valorant’

Civilization 6 gets Civ 5’s maps thanks to this mod

Cosmically themed Astra is the next agent for ‘Valorant’

Civilization 6 gets Civ 5’s maps thanks to this mod 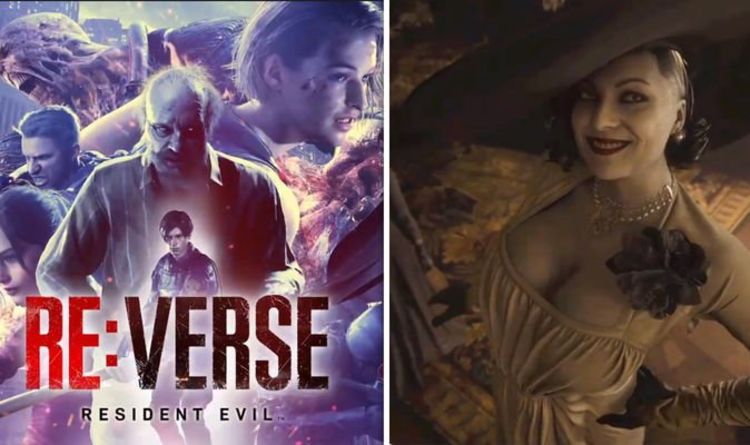 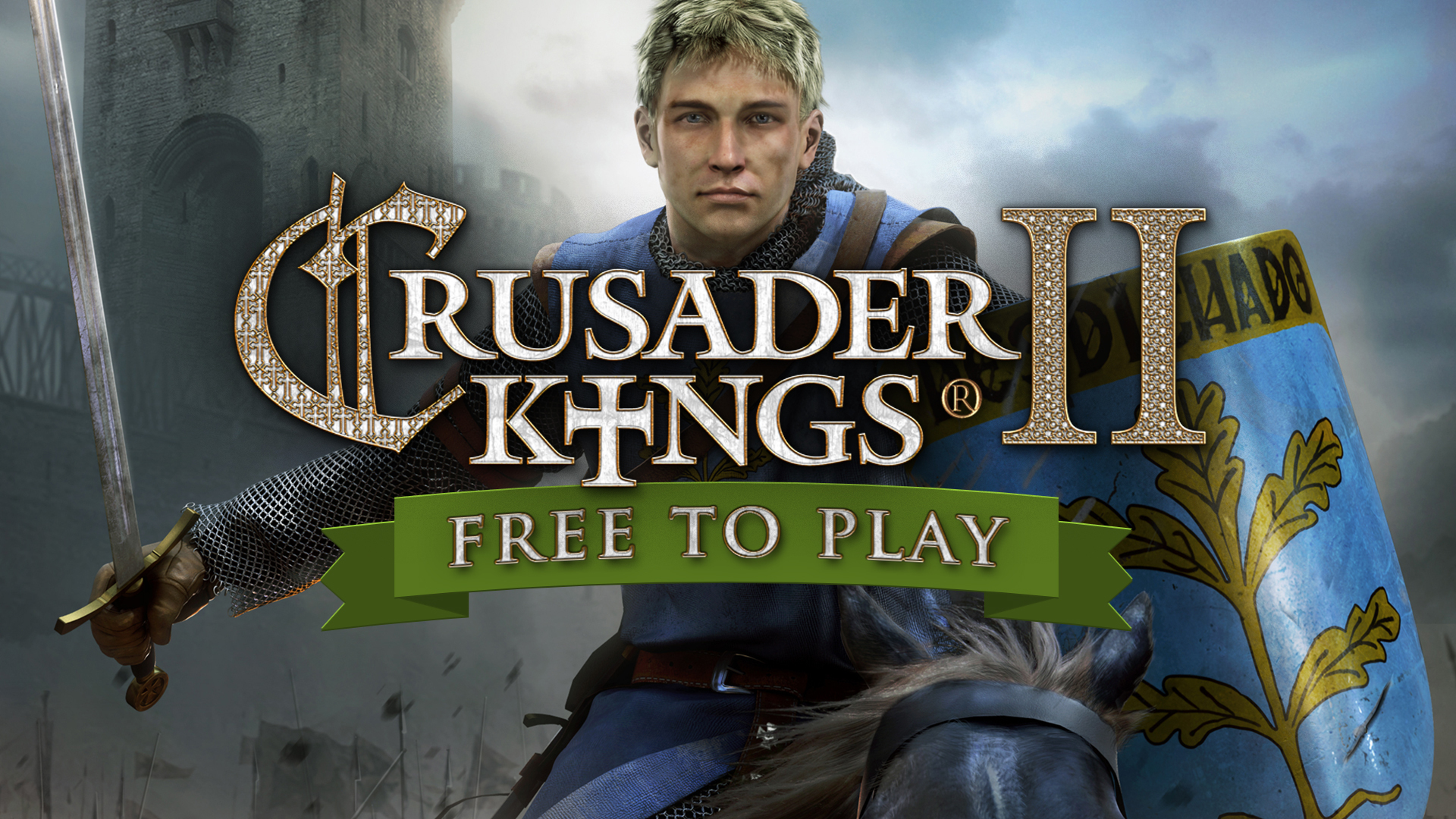 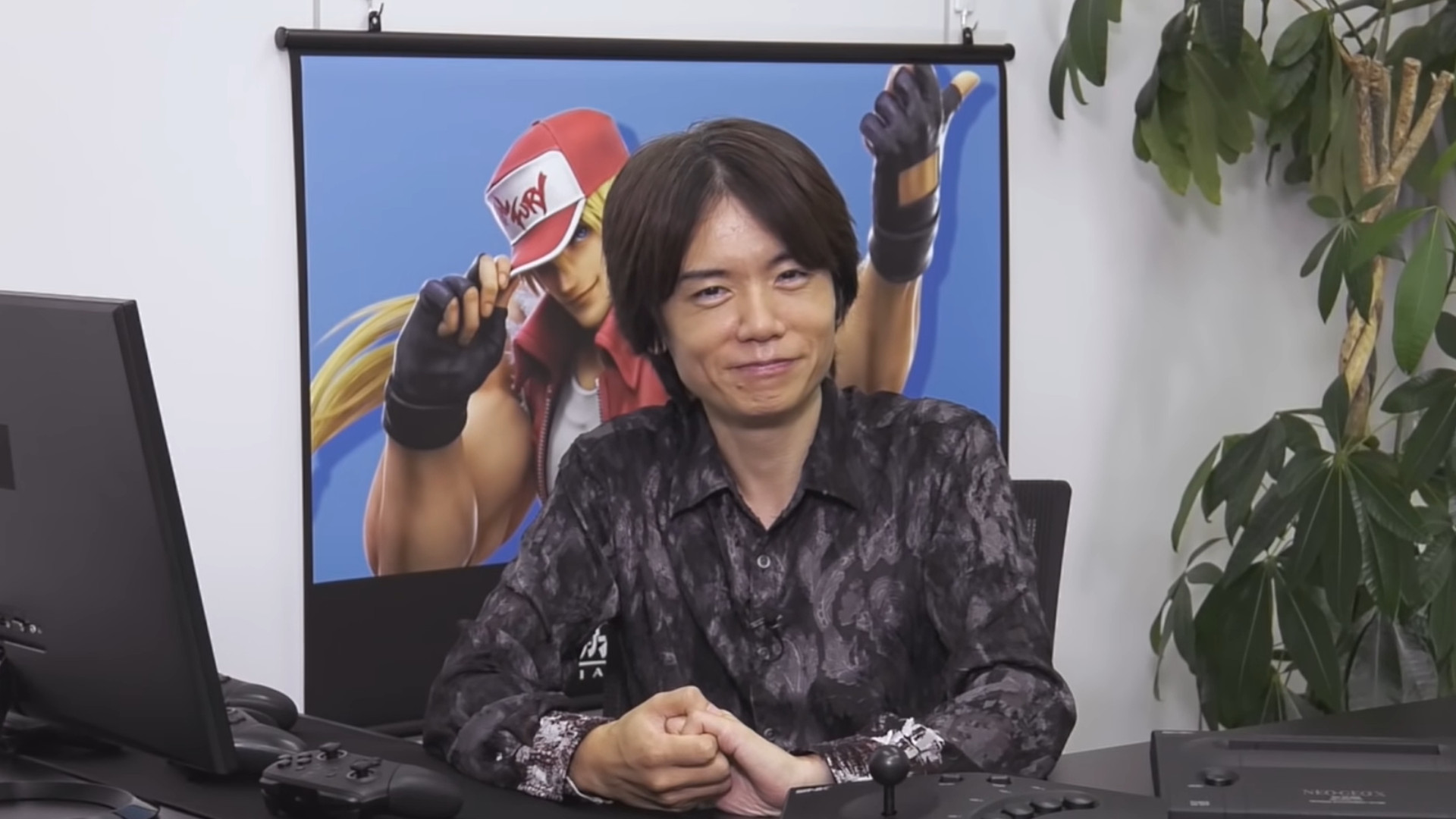