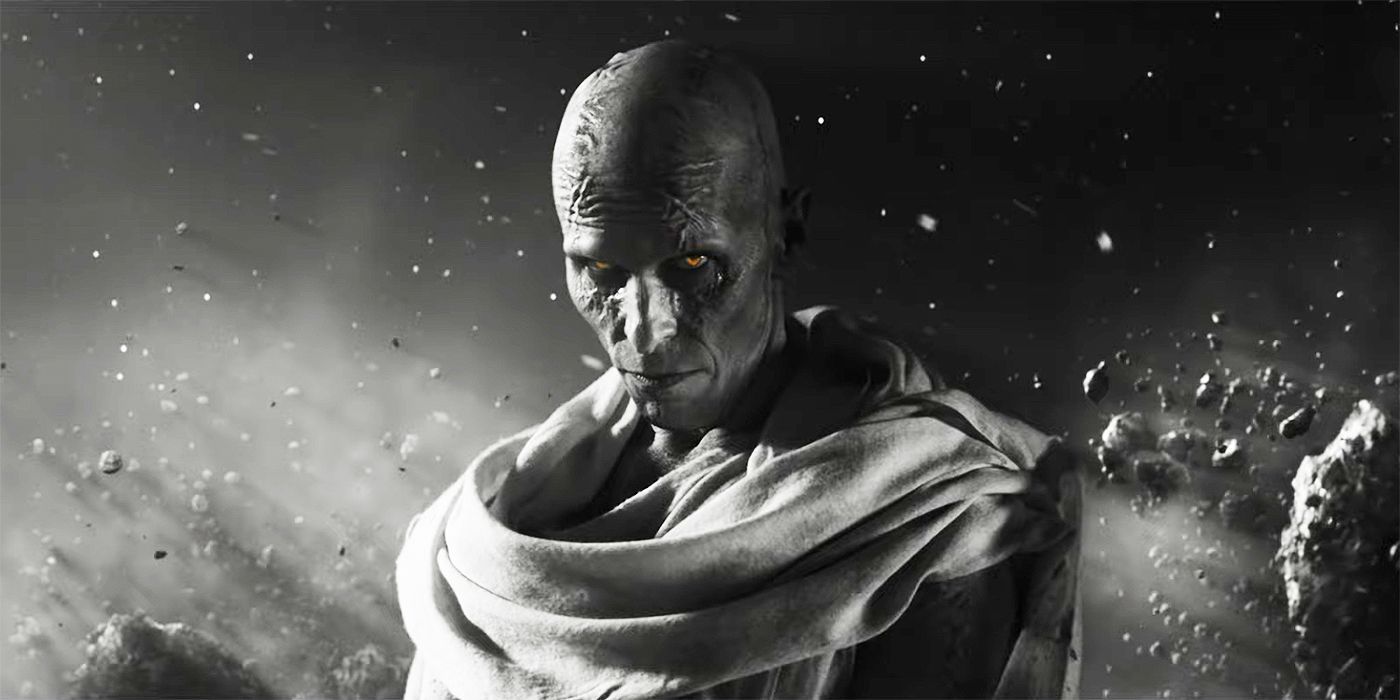 Oscar-winner Christian Bale has put away the batsuit in exchange for Gorr the God Butcher’s All-Black Necrosword in the long-awaited Thor: Love and Thunder. In an interview for Total Film, Bale discusses some of his influences for the super villain and his big leap from DC to MCU, which, as it turns out, wasn’t such a big leap after all.

Naturally a majority of the buzz for Thor: Love and Thunder centers around the big reveal of Natalie Portman‘s Mighty Thor and Thor Odinson’s (Chris Hemsworth) return to superhero-dom after his introspective journey and hiatus. There’s a lot of excitement for fans seeing Thor essentially getting the band back together, but director Taika Waititi‘s newest film is also introducing MCU audiences to a new nightmarish super villain from the comics, Gorr the God Butcher. In the film Gorr is brought to life by Bale in his MCU debut, which is sort of a rite of passage in Hollywood at this point. Still, despite the enormous franchise, when Bale saw fans commenting on his entering the Marvel universe the English actor quipped, “‘I’ve done what? I haven’t entered shit, thank you very much… The MCU?’ I had to ask what that was.”

On his influences for the character, Bale said:

“There’s obviously sort of a Nosferatu slight attitude. Taika and I wanted to do a whole dance, which we didn’t get to do, but we had all this sort of Kate Bush stuff that we worked at. But I think he just realised he was never going to be allowed to put that in the final film. I would say that the most common thing I was staring at was the Aphex Twin video of ‘Come To Daddy’. But I don’t even know if that will be in the final film.”

RELATED: 9 Scariest Moments from the MCU

As far inspirations go, Bale cites Irish-English musician Aphex Twin‘s music video for his song “Come To Daddy.” In the video a distorted image of a pale face is gleefully leering before an emaciated body crawls out of a television, Samara-style, and begins to flex its slimy limbs. The bald creature stretches its black taloned fingers and then bares sharp fangs – in short, it looks eerily similar to Bale’s Gorr. Between that and the iconic Nosferatu the Vampyre, Gorr with his traumatized background is born.

Nothing jars an audience more than blending the horror genre into films that are primarily superhero action flicks and comedy. With Marvel, fans have seen more of this hybrid genre with The Evil Dead‘s director Sam Raimi taking the reins for Doctor Strange in the Multiverse of Madness sequel, as well as some horror-infused WandaVision moments on Disney+’s miniseries. For a character with a background as dark as Gorr the God Butcher, Bale seems like a no-brainer after his blood-chilling portrayal of serial killer Patrick Bateman in the infamous American Psycho. Other notable roles of Bale’s include Bruce Wayne in The Dark Knight, Alfred Borden in The Prestige and his role as Dicky Eklund in The Fighter, earning him his Oscar win.

Fans recently got a frightening new look at Gorr the God Butcher and his toothy grin in Love and Thunder‘s most recent trailer release. With Gorr’s godly vendetta, the stakes are high on a celestial level for Thor this time around.

How to Complete Destiny 2 Bound in Sorrow Week 5 Quests