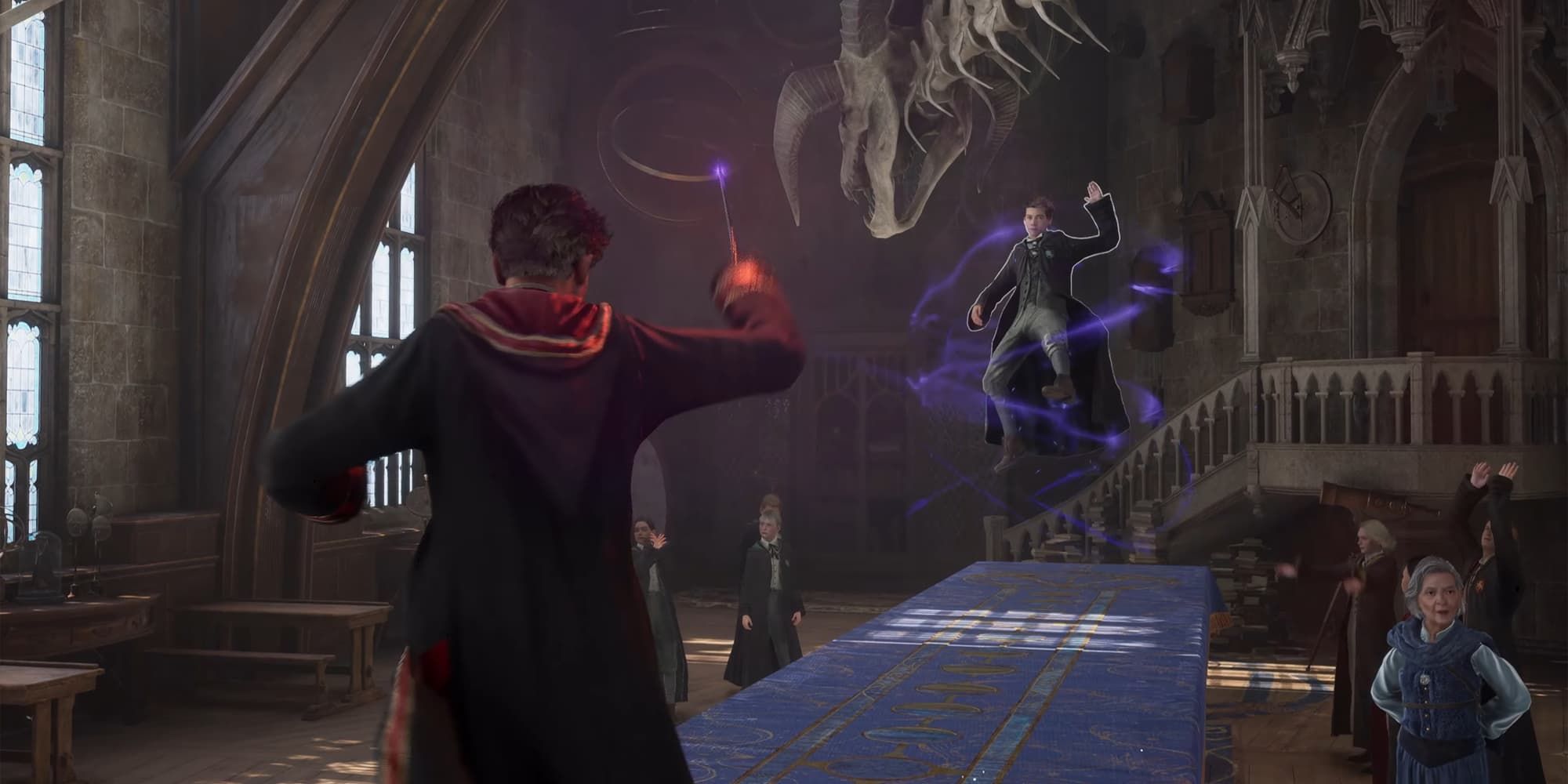 Unforgivable Curses are apparently forgiven by the developers.

The developers at Avalanche have confirmed that the upcoming Hogwarts Legacy won’t have a morality system through new previews. The developers have explained that this is meant to allow each player to explore the playstyle they want.

Early previews of the upcoming Wizarding World game have been sent out to various outlets, with Gamesradar having noticed the consequences, or lack thereof, of bad actions. In its preview coverage, Gamesradar noted that during a mission where the player raids a dragon poaching camp, the writer knocked some explosives into the enemies, killing them. Nothing in-game made note of this extrajudicial killing, however. When asked, the developers at Avalanche said, “It was important for us to give players who sought out to be a Dark Witch or Wizard an opportunity to do so”. Lead designer Kelly Murphy continued, “This is the ultimate embodiment of role-playing; allowing the player to be evil. Additionally, this was important because it comes from a place of non-judgment by the game creators. If you want to be evil, be evil”.

This free-form morality does extend to Unforgivable Curses as well, allowing players to cast torture or death spells with impunity. That’s not to say that there won’t be any changes in the world based on the player’s use of Unforgivable Curses. “Characters will react visually and audibly to seeing the player cast an Unforgivable, but we don’t have a morality system that punishes them for doing so — this would be too judgmental on the game maker’s part,” Murphy said. “But, should the player continue these actions, the world will reflect back knowledge of them.” While this may seem light, it still remains to be seen just what these world effects are. The specific phrase of “should the player continue” also hints that first time offenses, like testing what the Death Curse does, probably won’t mean much in the larger the world, but should the player kill every last person who challenges them, it might make the staff more hesitant around you and the grounds may seem gloomier.

The lack of morality, while not a novel concept, is interesting, especially in regard to Unforgivable Curses. In the novels and movies, these curses cause serious harm or death to the target of the spell. It was also noted in the Gamesradar preview that these spells are not learned on the school grounds; rather, players must actively seek out these spells if they want to use them, further handing the choice of evil to the player. With such a hands-off system, it should be interesting what builds and role-play scenarios players can come up with.

Forza Motorsport 8 Set To Release With More Than 500 Cars