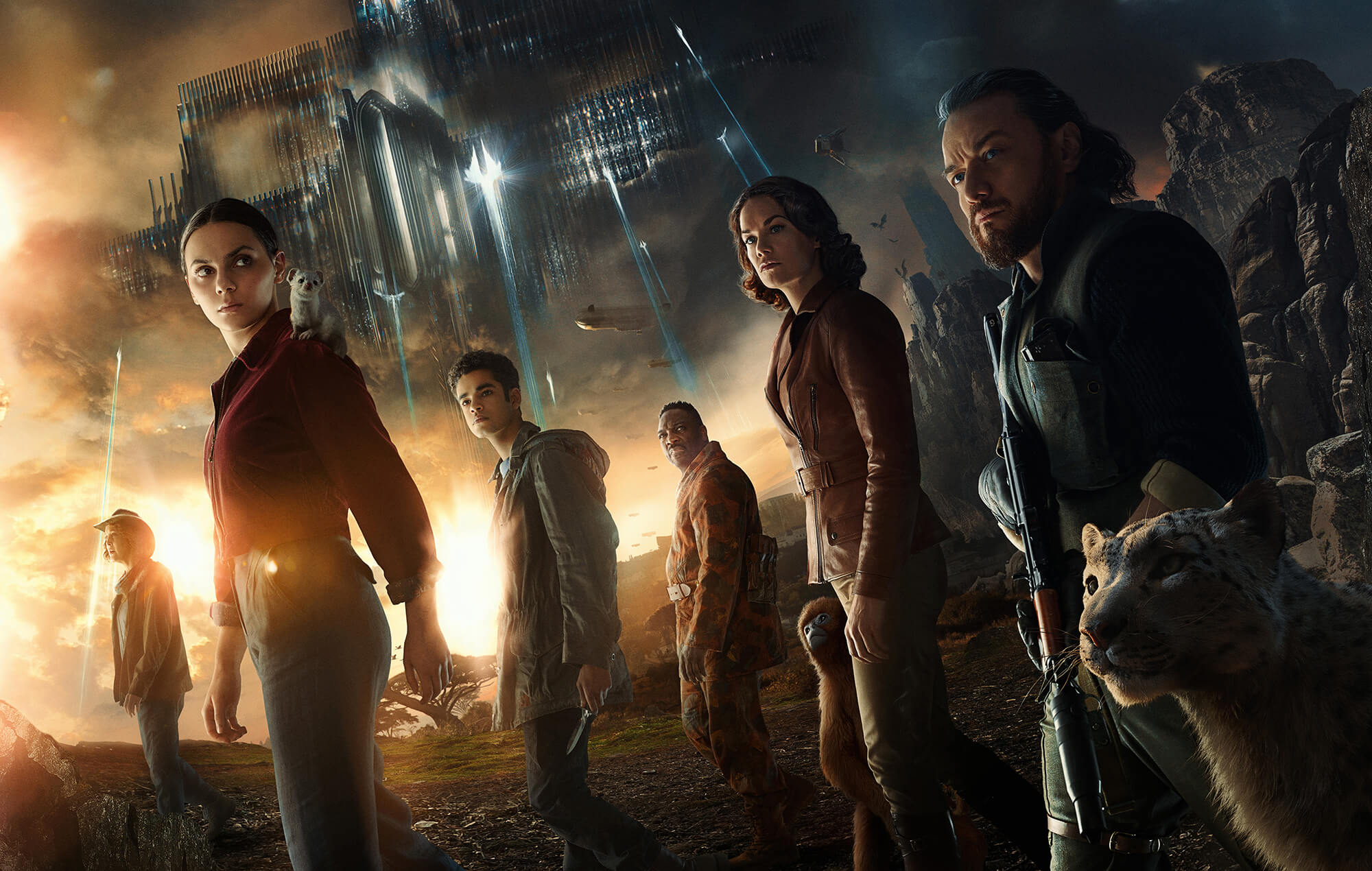 At this time of year angels are usually preparing to spend a month perched at the top of a pointy tree; but in His Dark Materials season three they’re busy fomenting revolution. “The time for a new rebellion is coming,” intones an unearthly narrator at the start of episode one of Lyra and Will’s final journey.

And what a journey. A mega-recap whooshes us through the first and second seasons, briefly reuniting us with the faces of their friends and family who have fallen or been left far behind, their sacrifices carrying us to this point where multiple strands begin to knot.

Nearly two years have elapsed since season two, so the decision to have all three seasons available at the same time from December 18 is handy for recapping completists and prophecy analysts. One event in those two offscreen years was the death of Helen McCrory, who voiced Lord Asriel’s daemon Stelmaria, and a tribute is paid to her at the end of the first episode.

Of the three novels in the His Dark Materials trilogy, The Amber Spyglass is the most complex and perhaps most daunting to adapt, due to the number of events spread across multiple dimensions. A remote chapel carved into the cliffs of a secluded bay exudes calm, yet forms the epicentre of impending carnage, as Mrs Coulter (Ruth Wilson) has chosen it as a bolthole to hide herself and her drugged daughter Lyra (Dafne Keen). No little irony in Coulter using a holy site to hide from the Church, which is now fanatical in its efforts to find Lyra, deemed to be the new Eve.

For a large portion of the first two episodes Lyra is kept in a catatonic state by her – and we use this term in its most technical sense – mother, though she does escape the confines of her stony prison. In dreams and visions Lyra sees her old friend Roger (Lewin Lloyd) and travels to the fringes of the Land of the Dead, another one of the fantastical locations to be visited later in this series.

One local ally of Lyra’s is Ama (Amber Fitzgerald-Woolfe), a young deaf girl whose signed conversations with Mrs Coulter add a touching innocence to the story. Their interactions even humanise Mrs Coulter, who sashays around in 1930s fascist country club chic even though she’s on the run.

Hide and seek on a grand scale is a constant throughout these opening episodes. Will (Amir Wilson) is desperately searching for Lyra, while angels Baruch (Simon Harrison) and Balthamos (Kobna Holdbrook-Smith) pursue him across worlds, themselves desperate to recruit him and his portal-opening Subtle Knife for Lord Asriel’s army. Asriel (James McAvoy), heady on arrogance and ignorance, persuades rebel leader Commander Ogunwe (Adewale Akinnuoye-Agbaje) to form the backbone of his forces in his war on Heaven and The Authority, the all-supreme deity (aka God).

The tension snaps – angels of opposite loyalties battle in the skies and armoured polar bear Iorek Byrnison enters full beast mode in the rescue of Lyra, this furry tank smashing through Magisterium soldiers as if they were skittles.

This continues to be impressive plate-spinning storytelling, with characters moving through multiple dimensions while keeping them emotionally grounded. However, there is one question which might never be answered – have the Gallivespians, the ninja fairies who’ve sided with Lord Asriel, seen The Matrix and adopted Neo’s wardrobe? With all the world-hopping going on here, it’s not unlikely.

‘His Dark Materials’ season three will release its first two episodes on HBO Max in the US on December 5 at 9pm ET. In the UK, the entire season will be available on BBC iPlayer from December 18

80 For Brady Review: A Deflated Sports Comedy That Fumbles Its Cast’s Charms

Knock At The Cabin Review: M. Night Shyamalan’s Latest Is Tense Until It Just Becomes…