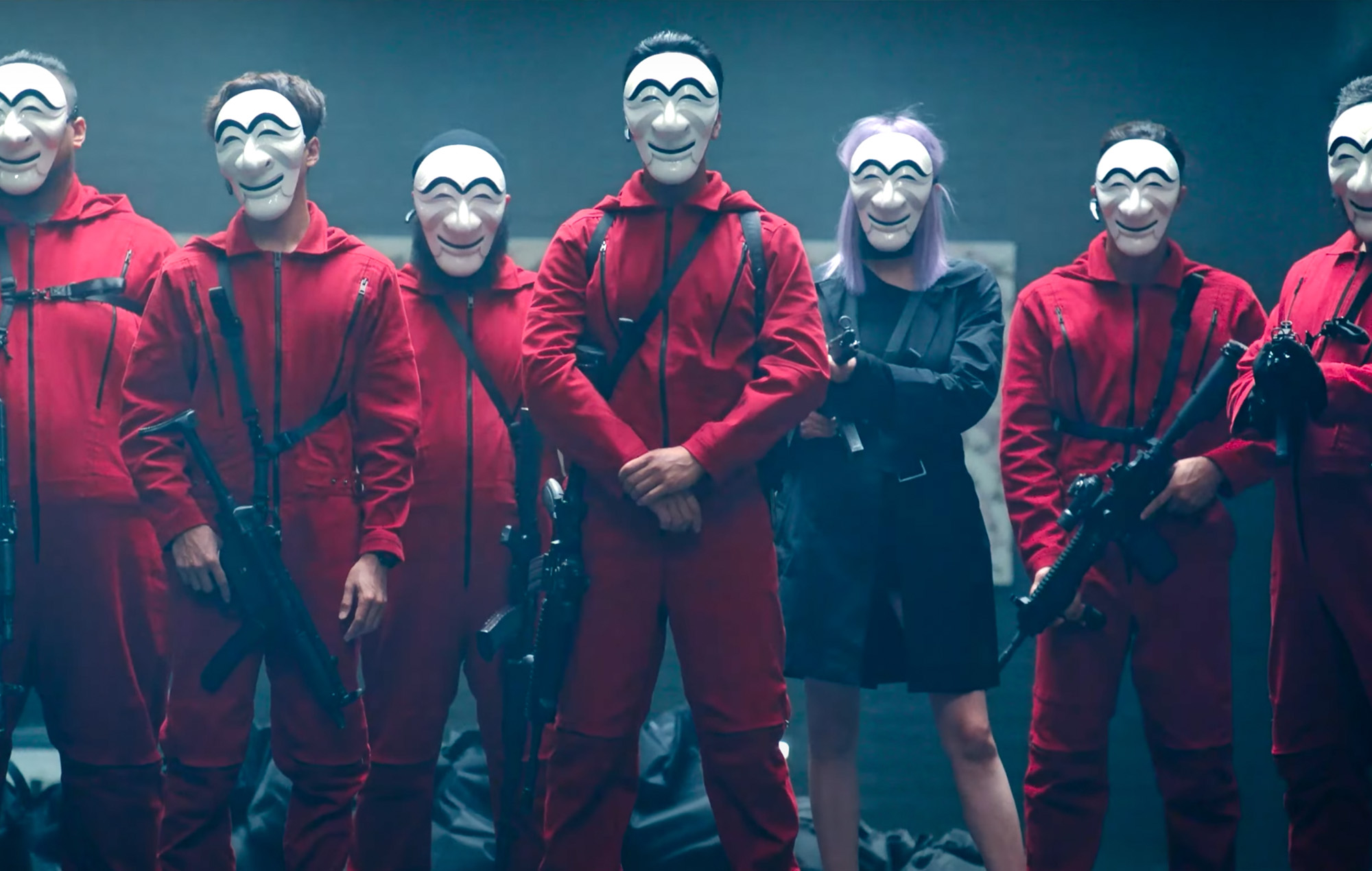 Netflix has announced the premiere date for its highly anticipated South Korean adaptation of Money Heist.

Today (April 29), the streaming giant shared a new teaser for the upcoming K-drama series that revealed the premiere date for Money Heist: Korea – Joint Economic Area. The clip also features several new snippets of the series, where a team of masked robbers gear up for a heist.

“A robber who steals petty cash either gets killed after being chased or ends up in jail,” a voiceover says, setting up the premise of the series. “But a robber who steals at a massive scale can change the world and even become a hero.” Money Heist: Korea – Joint Economic Area will premiere on June 24.

A teaser trailer for Money Heist: Korea – Joint Economic Area was first unveiled earlier this year, starring Yoo Ji-tae in his role as the Professor, who will attempt to pull off a heist of massive proportions along with his crew.

All episodes were directed by Kim Hong-sun, who has previously helmed acclaimed K-dramas such as The Guest, Voice and Black. The remake will also notably star Park Hae-soo, Squid Game‘s Cho Sang-woo or Player 218, as Berlin, the Professor’s right-hand man and enforcer of the criminals.

Ryu Yong-jae (My Holo Love, Psychopath Diary) is screenwriter for the series alongside Kim Hwan-chae and Choe Sung-jun. A Deadline report in November 2020 confirmed that Álex Pina, the creator and executive producer of the original Spanish series, will also serve as an executive producer for the South Korean remake.

The Positive Side of Morphine Addiction