As around 2 million people a day across the United States receive a dose of one of three COVID-19 vaccines, cases of the disease are once again on the decline thanks in part to rising immunity. But even as COVID-19 cases wane, researchers are scrutinizing ones popping up in a particular group of people: those who are fully vaccinated.

Such cases, called breakthrough infections, aren’t unexpected. That’s because the vaccines are not 100 percent effective.

“When people hear about breakthrough infections, they automatically think ‘oh, these vaccines are not working’ or ‘they’re not effective,’” says Richard Teran, an epidemiologist with the U.S. Centers for Disease Control and Prevention’s Epidemic Intelligence Service. “That is just not true … the majority of individuals who do get the vaccine are protected against COVID infection and also from severe disease.”

All three jabs currently authorized for use in the United States — Pfizer’s, Moderna’s and Johnson & Johnson’s — proved effective at preventing COVID-19 symptoms in clinical trials. And evidence is building that Pfizer’s and Moderna’s jabs, both mRNA vaccines, thwart infection as well in immunized people (SN: 3/30/21). People are considered fully vaccinated two weeks after receiving all doses of a vaccine.

But when coronavirus breakthroughs do happen, there are several important questions for experts to consider, says Francesca Torriani, an infectious diseases physician and hospital epidemiologist at the University of California, San Diego.

Do the breakthrough infections cause severe disease? Or do vaccinated people tend to have milder symptoms? Another question is whether immunized people who still get infected pass the virus on to others. Lastly, did an immunized person get the infection because their immune system didn’t kick into high gear after getting the shot? Or was it that the vaccine sparked an immune response that didn’t offer much protection against, perhaps, a coronavirus variant?

There has been some progress toward answering these questions since COVID-19 vaccines began making it into arms in late 2020. Here’s what researchers have learned so far.

Of the more than 95 million people in the United States who were fully vaccinated, only 9,245 — or 0.01 percent — have been infected with the coronavirus as of April 26, according to the CDC. Just over a quarter of those people never had symptoms; 132 people, or 1 percent of the breakthrough infections, died. Twenty of those deaths were in asymptomatic people or probably not related to COVID-19.

Studies analyzing vaccinated people in the real world show that not only are breakthrough COVID-19 cases rare (at least based on analyses of the mRNA vaccines; there has been less time to study J&J’s shot), they also lessen the chances of severe disease. What’s more, there are hints that vaccinated people are less likely to transmit the virus to others (SN: 2/12/21).

In Chicago, for example, vaccinations helped stem the coronavirus’ spread in skilled nursing facilities — which were hit hard earlier in the pandemic because of high risk of exposure and residents at risk of becoming severely ill. Among 14,765 fully vaccinated residents and staff members, only 22 people got the virus more than two weeks after their second dose of Moderna’s jab, Teran and colleagues reported in the April 30 Morbidity and Mortality Weekly Report.

Most of those 22 people were asymptomatic or had mild symptoms, but two were hospitalized for COVID-19. One person, who had multiple underlying conditions, died. But there weren’t any additional cases traced back to the breakthrough infections, suggesting that the risk of transmission from infected vaccinated people is low.

See all our coverage of the coronavirus outbreak

More work needs to be done to get a better handle on transmission risk from vaccinated people and whether older people with underlying conditions might be more likely to have a breakthrough infection. But “I think [the study] really shows that the vaccines are working,” Teran says. And the shots are “our most important tool for stopping COVID transmission and finally slowing down this pandemic here in the U.S.”

The key to finding breakthrough infections is doing a lot of testing, says Torriani, who coauthored a March 23 New England Journal of Medicine letter that described the success of mRNA vaccines at protecting health care workers in Southern California. An infected person might not have symptoms or only mild ones, meaning cases could easily fly under the radar or be mistaken for things like the common cold. So current CDC counts are likely an underestimate.

One aspect of the ongoing pandemic that experts are meticulously watching is the emergence of coronavirus variants. Some mutations in the coronavirus could help it evade immune responses in vaccinated people, who could require a booster shot to provide better protection.

In Israel, for instance, people vaccinated with Pfizer’s shot may be more likely to be infected with a variant first identified in the United Kingdom or one from South Africa compared with unvaccinated people, researchers reported April 9 in a preliminary study posted at medRxiv.org. Unvaccinated people, on the other hand, are vulnerable to all versions of the coronavirus.

But the cases in vaccinated people appeared to happen in a particular time frame, says Adi Stern, an evolutionary virologist at Tel Aviv University. People who caught the version of the virus that emerged in the United Kingdom were more likely to have received only one vaccine dose, perhaps because they did not yet have full protection. Those who got two doses were more likely to get infected with the version from South Africa, but only until two weeks after the shot.

After that two-week period, Stern and her colleagues didn’t see breakthrough cases of the variant from South Africa. Although that variant isn’t very common in Israel, which could mean such cases were simply hard to find. “What we think happens is that immunity hasn’t reached its peak, that it’s on its way to reaching the peak,” Stern says. “That’s when we think that there’s an advantage” for the variant.

Headlines and summaries of the latest Science News articles, delivered to your inbox

In some rare cases, infections can happen even in the face of a strong immune response from a vaccine. One patient in New York, for instance, developed COVID-19 symptoms 19 days after receiving a second dose of Moderna’s jab, despite having high levels of protective antibodies, researchers reported online April 21 in the New England Journal of Medicine. The virus responsible for the infection had a mutation thought to help the coronavirus evade the immune system. But it is possible that the patient got infected before the second shot took full effect, the researchers note.

Still, it’s important for experts to be aware of such cases and use them to gather more information, says Ezgi Hacisuleyman, an RNA biochemist at Rockefeller University in New York City and coauthor of the study. That way if there is an uptick of cases in immunized individuals, researchers can quickly pinpoint them and determine if it’s a case of a coronavirus variant skirting around a strong immune response.

For now, there aren’t enough breakthrough infections pegged to variants to merit the use of updated shots. “There are going to be [breakthrough infections] no matter what,” Stern says. “We need to keep an eye on the variants, but still I think we also have to trust the vaccine itself because we have evidence: It works.” 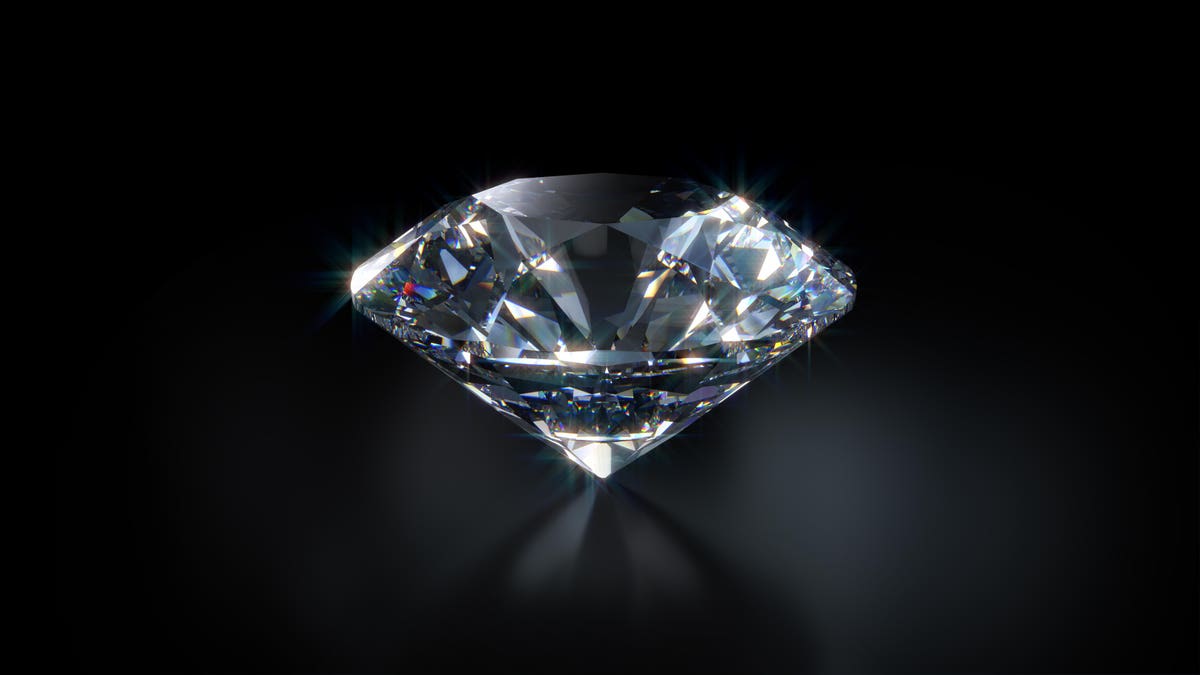 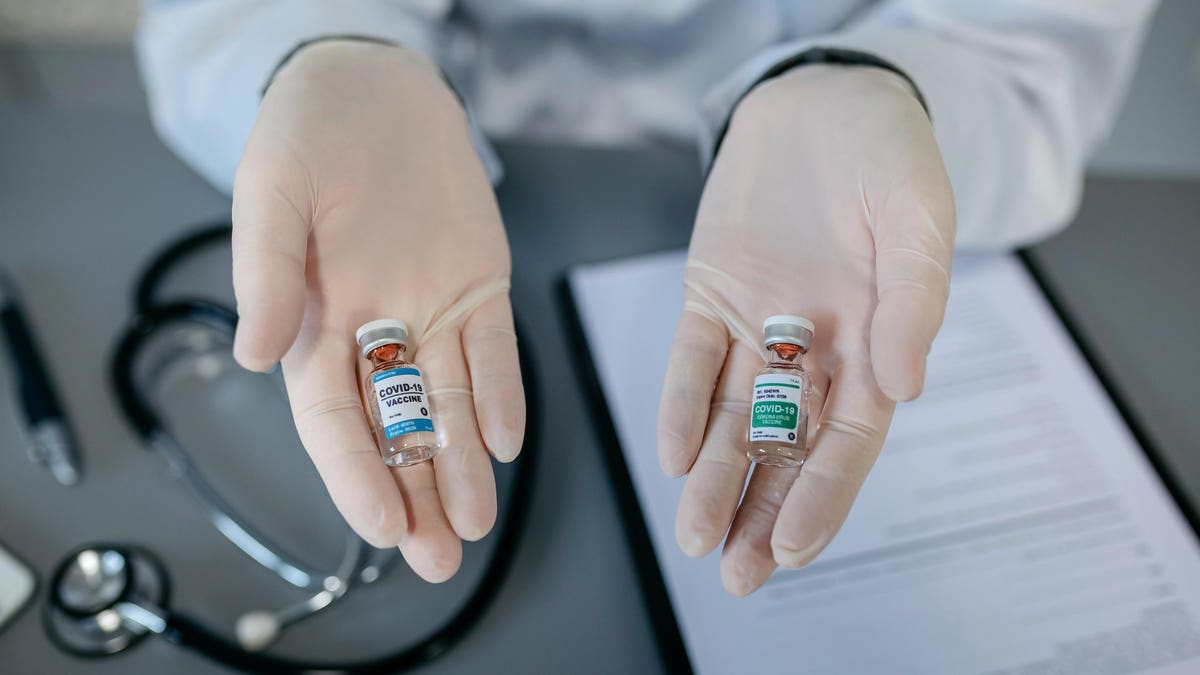