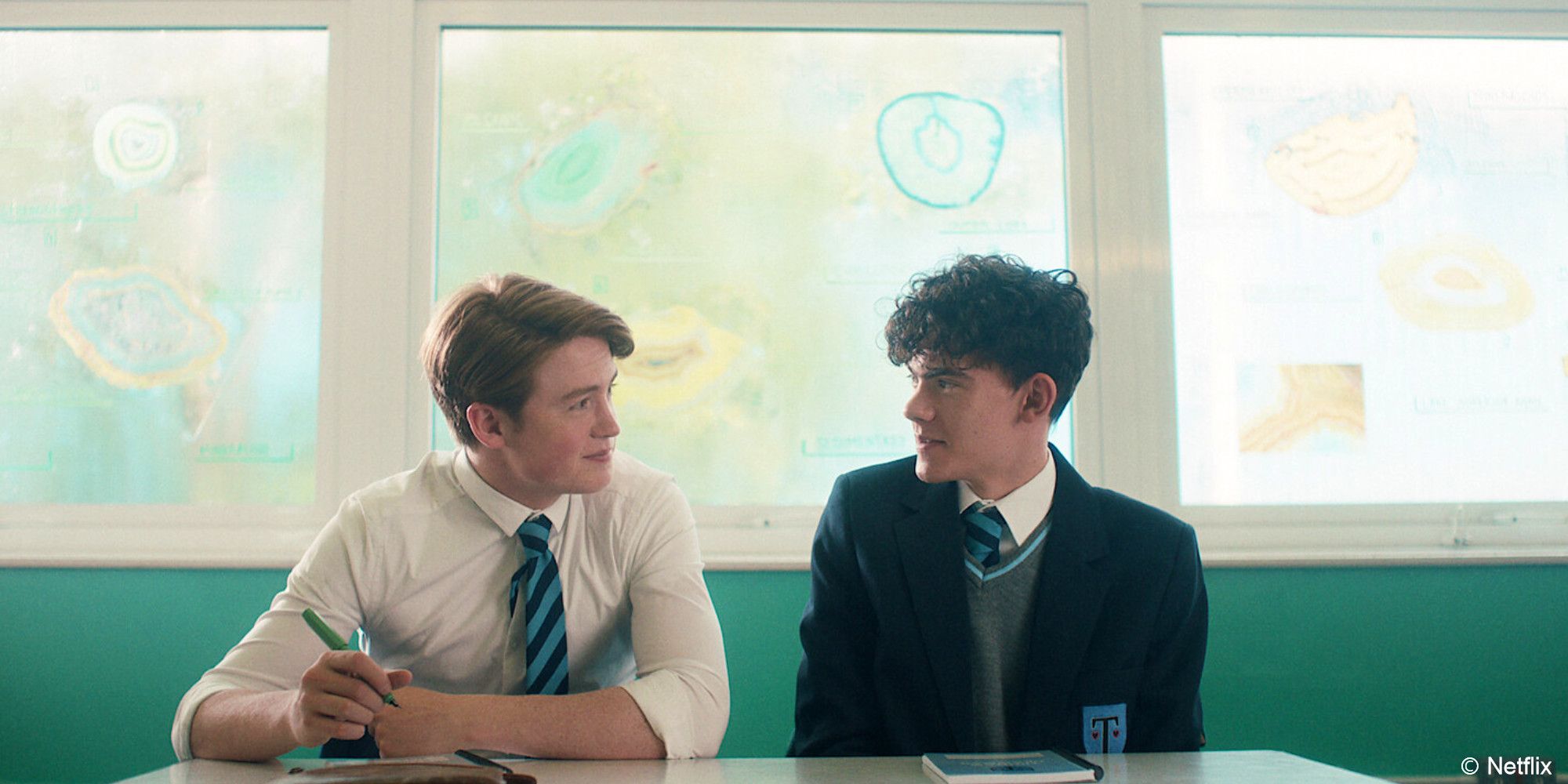 If it’s up to Netflix, we’re getting a new season of Heartstopper sooner rather than later. Season 2 of the hugely popular romantic comedy is in production at this very moment, and the streamer decided to tease fans by introducing the new cast members in a welcome video. The new season of the teen series will once again center around a group of friends figuring out their sexuality as they navigate the cruel high school world. Season 2 will also feature a full-blown romance between lead characters Charlie (Joe Locke) and Nick (Kit Connor), who will finally be able to celebrate their love after surviving a series of obstacles.

Netflix announced four new kids on the block: Jack Barton will play David Nelson, who is Nick’s older brother. Barton is an up-and-coming young talent who was previously in the cast of Netflix’s The Letter for the King. He was also in Epix’s War of the Worlds. The character is featured in the original Heartstopper graphic novels, but his role is probably getting extended to fit the new media. Netflix hasn’t officially confirmed if the mother of David and Nick, played by Academy Award winner Olivia Colman, is returning for Season 2.

In Season 1, teachers didn’t have much participation in Heartstopper except for Mr. Ajayi (Fisayo Akinade), who mostly offered Charlie shelter from bullying during recess. That is probably going to change with the introduction of Nima Taleghani, who is set to play a teacher at the boys’ school Truham. Teleghani was recently in the miniseries Hatton Garden, and also starred in several live productions of famous plays, including Romeo and Juliet and Cyrano de Bergerac.

RELATED: ‘Heartstopper’ Moments We Want to See in Season 2

Bradley Riches is getting upped to the main cast after playing an unnamed student in Season 1. Riches made his acting debut on Heartstopper, and now his character will remain a Truham student, now named James McEwan. Another debut that the series will provide is of breakout star Leila Khan – the young talent answered a national casting call and booked her first professional acting gig in the Netflix hit series. Khan is set to play Sahar Zahid, a student from the girls’ school Higgs.

Aside from Locke and Connor, the whole main cast from Season 1 is slated to return, which includes Yasmin Finney as Elle, William Gao as Tao, Corinna Brown as Tara, Kizzy Edgell as Darcy, Sebastian Croft as Ben, Tobie Donovan as Isaac, Rhea Norwood as Imogen, and Jenny Walser as Tori. Season 2 is currently filming in the UK, and the series has already scored an early renewal for Season 3.

You can watch the welcome video below:

Every reward in Chapter 3 Season 4