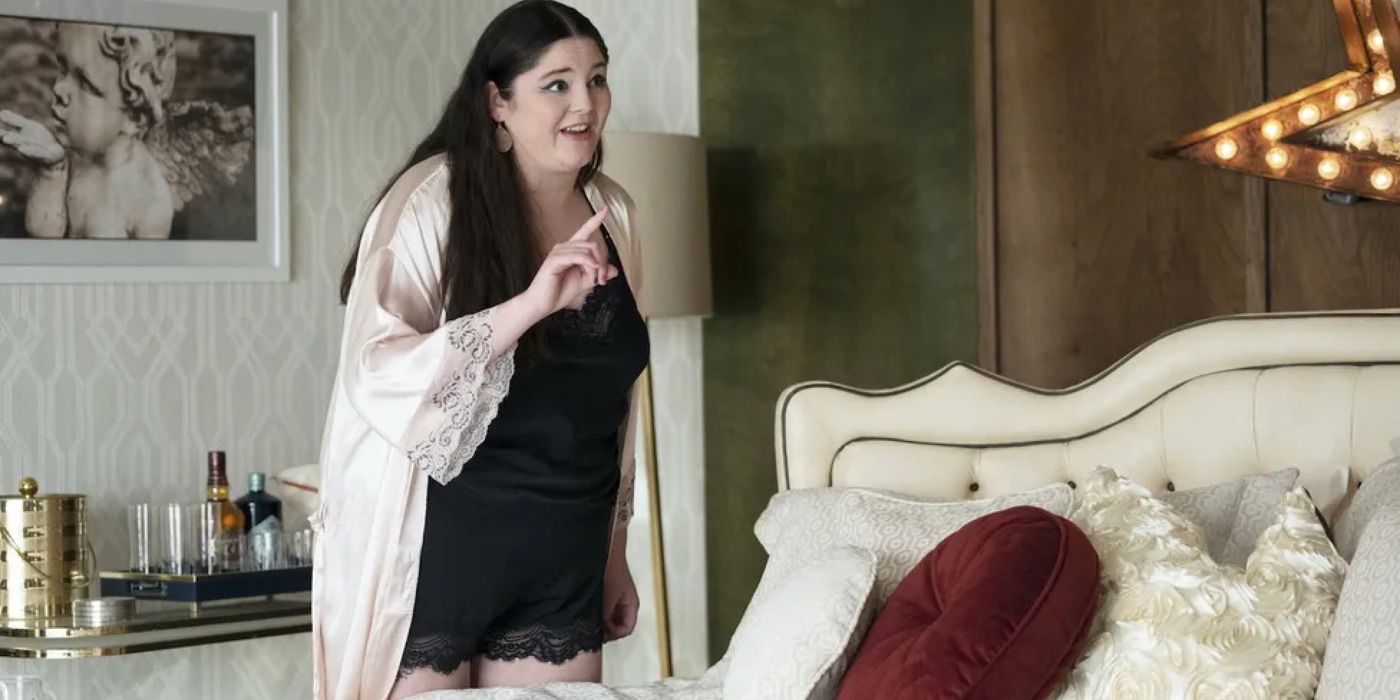 Megan Stalter from HBO Max’s Hacks has been cast as the lead in Church Girls, an upcoming comedy by HBO Max and A24, according to reporting from Deadline. The series is expected to contain half-hour-length episodes, though no word on episode count yet.

Church Girls follows a 20-year-old closeted lesbian, Beth Parker, as she struggles with her religious beliefs and faith in God as well as her journey to adulthood in Ohio suburbia. The show is based on Stalter’s real-life experiences. The actress was raised in the Pentecostal Church and attended Wayne High School where she got the acting bug. She would go on to college, pursue a comedy career, and perform improvisational sketches, as well as acting in shows.

Stalter is best known for her breakout role as the somewhat aloof Kayla, the assistant to Jimmy LaSuque, in Hacks. The show is a comedy-drama that follows Las Vegas comedian Deborah Vance who needs a comedy make-over to keep her audience and residency at the Palmetto Casino. This brings us to Ava, a young comedian who’s been blackballed due to an insensitive tweet and her reputation for being arrogant and self-centered. The two meet and become each other’s support as Ava encourages her new employer to take more risks with her career and Vance, in turn, helps Ava deal with her life problems.

RELATED: Praise the Lord, ‘The Righteous Gemstones’ Season 3 Is in Production

Church Girls is created by Stalter, who is also executive producing the project. Gabe Liedman and Mackenzie Roussos serve as executive producers for Range Media Partners alongside Brillstein Entertainment Partners. HBO Max and A24 are co-producing.

HBO Max is a streaming service that hosts many critically-acclaimed and audience-praised productions, such as Westworld, Studio Ghibli films, Dune, Rick and Morty, and more. It also provides its own popular media productions like the Game of Thrones fantasy series, Euphoria, and Last Week Tonight with John Oliver, to name a few.

A24 is also known for its high-quality productions. Not only has the company worked with HBO to create Euphoria, but is also known for other streaming platform’s highly popular content, such as Showtime’s Ziwe, Netflix’s Ali Wong: Don Wong, Apple TV+’s Mr. Corman, Hulu’s Ramy, TruTV’s At Home with Amy Sedaris, and others. Church Girls is one of the company’s upcoming productions alongside Irma Vep, The Sympathizer, Peacock’s Would it Kill you To Laugh?, and Netflix’s Mo.

With interesting and mostly unexplored subject matter, this will make for an interesting watch for everyone. Based on her own life experiences, Stalter will no doubt bring some realness and brutal honesty to the story – who better to tell it than her?