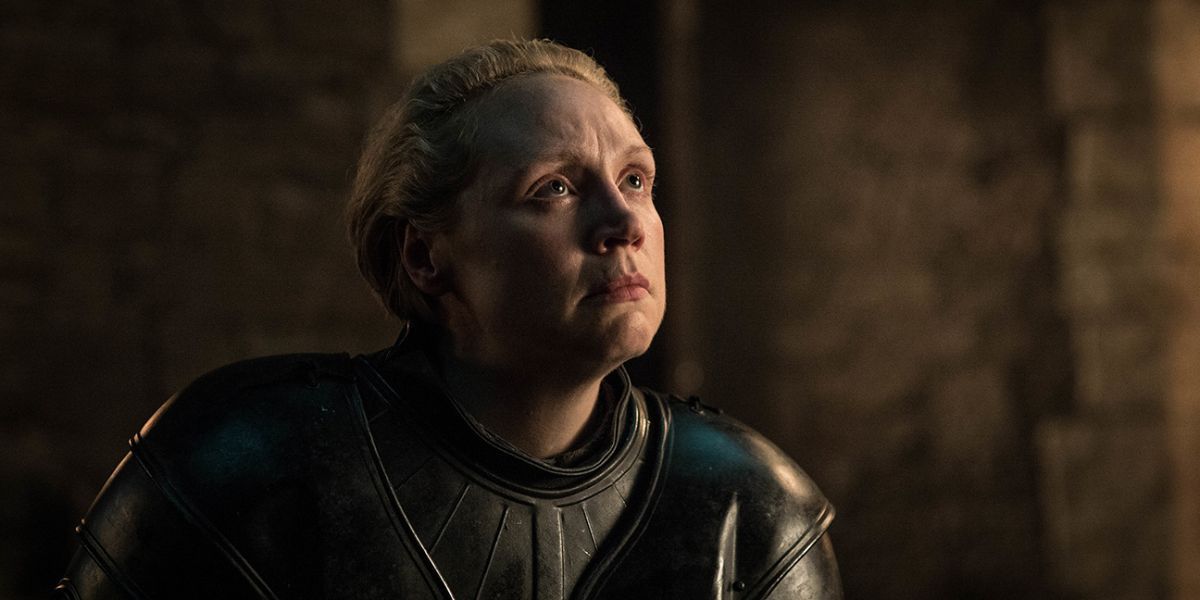 Even though we know that HBO’s upcoming blockbuster series House of the Dragon is hardly going to feature the characters we came to know and love on Game of Thrones, the announcement that a spin-off series centered around Jon Snow (Kit Harrington) is happening sheds another light into what we can expect from the universe of Westeros. In an exclusive interview with Collider’s Christina Radish for Flux Gourmet, Gwendoline Christie AKA fan-favorite character Brienne of Tarth talks about the upcoming spin-off. Will we see her wield the Oathkeeper again?

Back in 2019, Brienne’s arc came to a quiet ending, albeit a satisfying one. Her character challenged medieval times’ norms by being a skilled female warrior, which after a long (long, long) run, earned her the title of “Ser”, which was associated with Westeros’ most prominent knights. Brienne ends the series as Lord Commander of the Kingsguard, with the opportunity to include her name in The Book of Brothers, which is sort of a written Hall of Fame of knights with pages dedicated to individuals like Jamie Lannister (Nikolaj Coster-Waldau), Barristan Selmy (Ian McElhinney), and Aemon Targaryen.

So, we all loved Brienne, her arcs, and her devotion to the Stark family. Will we get to see more of her?

“I really love that character too. I will never stop being grateful for the opportunity to play her. I really won’t. That was really the opportunity of a lifetime. It was incredible. I adored the character, and it came about at a time in my life as my development of what I wanted to do artistically was to express something about the experience that I’d had in life that felt quite niche, but simultaneously was about the very human and relatable experience of being an outsider. I also felt like we hadn’t seen a woman like that on television, or very much in entertainment, before. What I loved about Brienne was that she was able to overcome her circumstances and often triumph. The idea of that marginalized person triumphing was glorious. I love the sound of the Jon Snow spinoff. I really do. I loved watching the show too. It’s very surprising to feel this wave of interest that people are still so invested and that the love is still so real. I think many people feel that they would love to see that story continue. I am hugely invested in playing very different parts now and being pushed and becoming a better actor, developing as an actor, and working with auteurs. There are so many directors I would love to work with, and I want to create different kinds of work. That is my focus. However, I will never stop loving Brienne of Tarth, and I will never stop being interested by her.”

RELATED: 7 Things To Be Excited About for ‘House of the Dragon’

Indeed, Christie has gotten herself involved with wildly different projects over the last few years. Most recently, she starred in Flux Gourmet, an artistic project that you kind of have to see the trailer to believe. Christie is also attached to play none other than Lucifer in the upcoming Netflix adaptation of the acclaimed graphic novel Sandman. The actor is also in the cast of Wednesday, a live-action series inspired by The Addams Family stories.

The Jon Snow spin-off is just one of the many series that HBO has in the works to lure back Game of Thrones fans. The biggest one is, of course, House of the Dragon, which will chronicle a time in which Targaryens ruled Westeros. Snow was a fan-favorite character in Game of Thrones up until his death in Season 5, but then his coming back to life divided the fanbase. Now, he’s making another comeback, but details about what’s next for him, in terms of story, has yet to be announced by HBO.

House of the Dragon premieres on August 21. HBO hasn’t determined a release window for the Jon Snow spin-off series.

A Handful of Games Separate PS Plus Extra, Premium Lists in USA, Europe