The first additional character to join the roster of the latest entry in the series is Goldlewis Dickinson, a brand new character that has been introduced in the game’s story mode. The character will be released on July 27th for Season Pass holders and on July 30th for everyone else.

Guilty Gear Strive Sold Over 500,000 Units Since Release; First DLC Character to be Revealed Next Week

Arc System Works has also provided a roadmap for Guilty Gear Strive’s first season. The next two characters will be released before the end of the year, while two more will make their debut in 2022 alongside two new stages and additional story content. 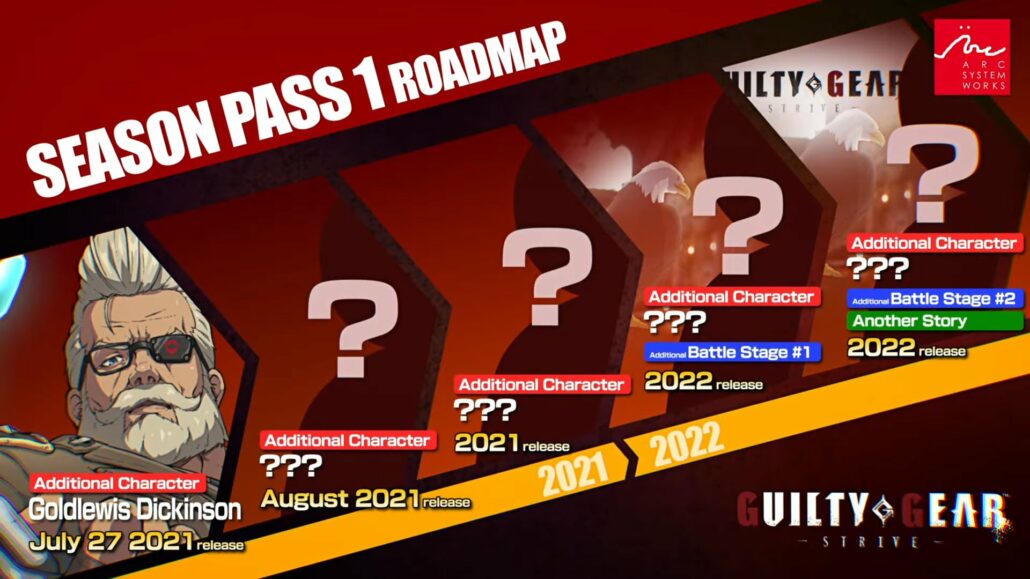 You can check out Guilty Gear Strive first DLC character in action in the trailer below.

Guilty Gear Strive is setting out to be one of the most successful entries in the series, having shipped over 500,000 copies since release. While the game does lack many of the features that have become staples in the series, Strive is still a more than worthy fighting game, and one of the best released in recent times, as highlighted by Kai in his review.

For local play experience, -Strive- is absolutely excellent but trying to venture out into the mission and combo modes and you’ll find nothing there, and trying to match up with friends online will just be an exercise in frustration with the half-baked lobby implementation. For those that want an accessible yet masterful example of combat craftsmanship, Guilty Gear -Strive-  may have quite the long life ahead of it if Arc System Works can fix these day one woes and bring in the roster updates fans have been crying for since Accent Core.

How to watch Taekwondo at Olympics 2020: key dates, free…