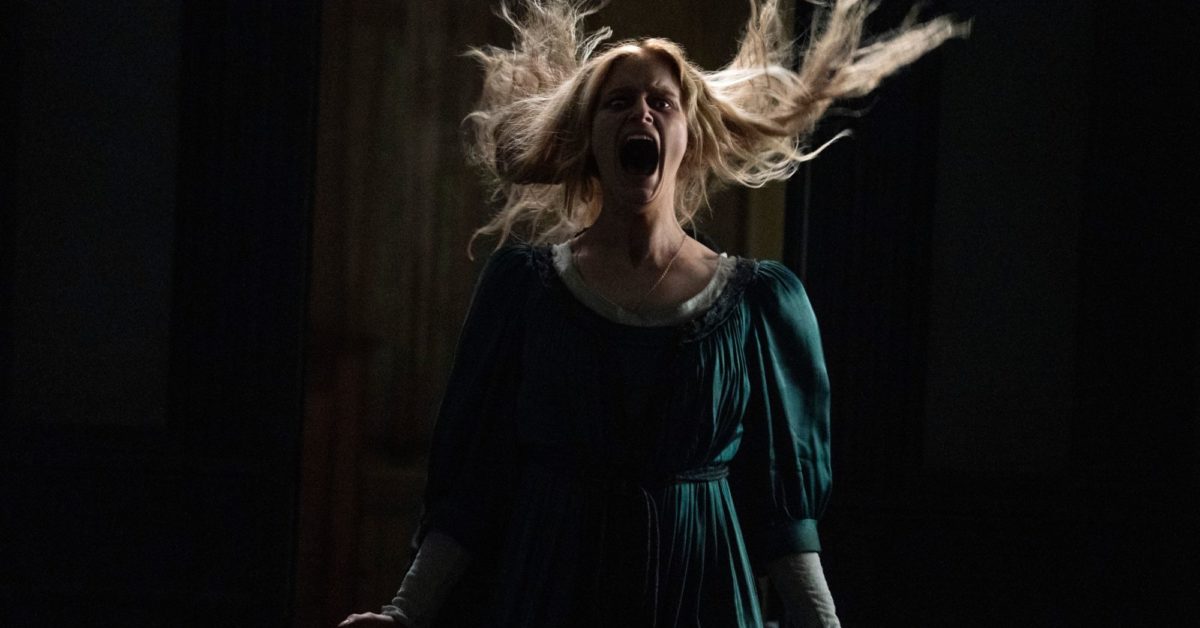 This October, Netflix & Chills is offering viewers a horrifically intense tour of Guillermo del Toro’s Cabinet of Curiosities. But for something this gruesomely special, the streaming service is going down a different path when it comes to unleashing it upon our screens. Debuting on Tuesday, October 25, the eight-episode series will debut two new chapters daily through Friday, October 28 (when the entire series will then be available). “With ‘Cabinet of Curiosities,’ we set out to showcase the realities existing outside of our normal world: the anomalies and curiosities. We hand-picked and curated a group of stories and storytellers to deliver these tales, whether they come from outer space, supernatural lore, or simply within our minds,” said Guillermo del Toro. “Just in time for Halloween, each of these eight tales is a fantastical peek inside the cabinet of delights existing underneath the reality we live in.”

But that’s not all because we also have a first-look video & overview of the anthology series, as well as a rundown of the eight episodes:

In CABINET OF CURIOSITIES, acclaimed Academy Award-winning filmmaker and creator, executive producer and co-showrunner Guillermo del Toro has curated a collection of unprecedented and genre-defining stories meant to challenge our traditional notions of horror. From macabre to magical, gothic to grotesque or classically creepy, these eight equally sophisticated and sinister tales (including two original stories by del Toro) are brought to life by a team of writers and directors personally chosen by del Toro.

“GRAVEYARD RATS”: David Hewlett (SEE, The Shape of Water; Stargate: Atlantis) stars in an episode written (based on a short story by Henry Kuttner) and directed by Vincenzo Natali (In The Tall Grass; Splice; Cube; Hannibal).

“PICKMAN’S MODEL”: Ben Barnes (Shadow and Bone;  Westworld; The Punisher), Crispin Glover (Rivers Edge; Tim Burton’s Alice In Wonderland; American Gods; Back To The Future; Willard; Charlie’s Angels), and Oriana Leman (The Whale; The Detectives) star in an episode written by Lee Patterson (Curve; The Colony) (based on a short story by H.P. Lovecraft) and directed by Keith Thomas (Firestarter; The Vigil).

“THE MURMURING”: Essie Davis (The Babadook), Andrew Lincoln (The Walking Dead; Penguin Bloom), and Hannah Galway (Sex/Life) star in an episode written (based on an original story by Guillermo del Toro) and directed by Jennifer Kent (The Babadook; The Nightingale).

“THE OUTSIDE”: Kate Micucci (The Little Hours; Mom) and Martin Starr (Silicon Valley; Party Down) lead an episode written by Haley Z. Boston (Brand New Cherry Flavor) (based on a short story by comic book author Emily Carroll) and directed by Ana Lily Amirpour (A Girl Walks Home Alone at Night; Mona Lisa and the Blood Moon; The Bad Batch).