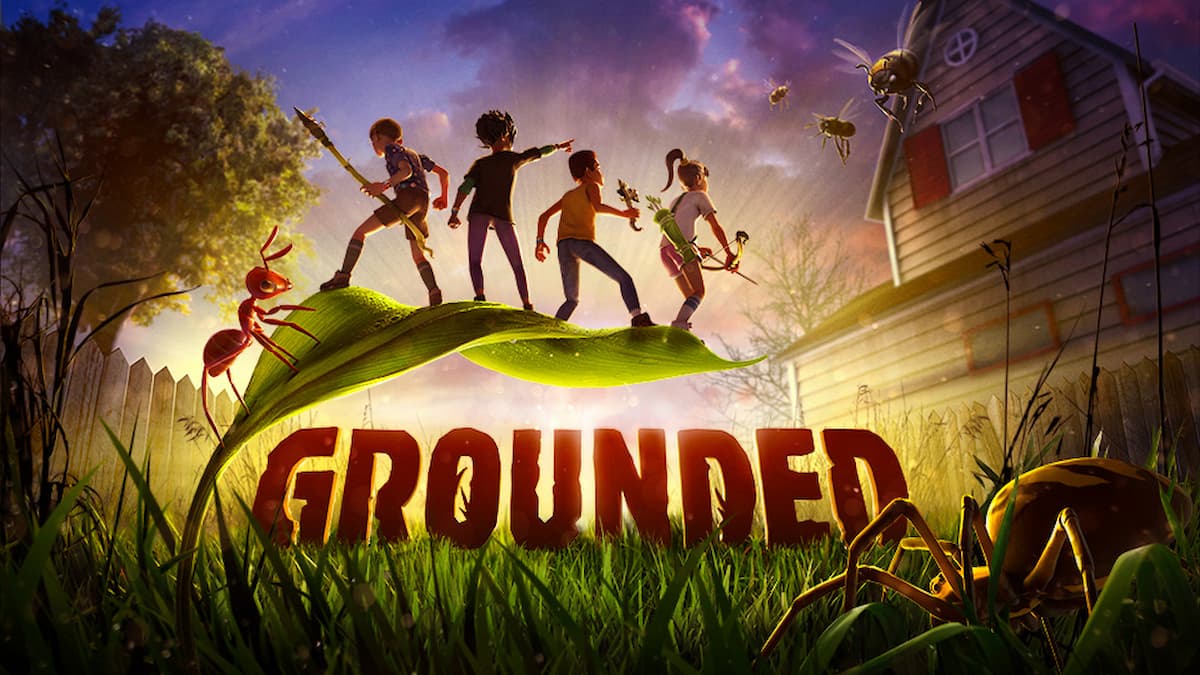 The small but vast world of Grounded provides players with an all-new experience where you are shrunken in size. In this game, everyday objects appear larger, and the once tiny bugs are now frightening creatures that will try to eat you. The only way to get out of this nightmare is through the powers of science and the makeshift weapons that can eliminate the threat around the backyard.

Before you begin the game, you’ll have the option to change the difficulty in different modes: Mild, Medium, Whoa! Creative, Creative With Bugs, and Custom. As a survival game enthusiast myself, I reluctantly chose Medium but was soon met with the horrors of vicious bugs and decided to take it down a notch. So, if you are looking for more stress-free gameplay, it’s probably best to stick with Creative since the attacks from enemies can be overwhelming.

In this menu, you can choose to play as four teenagers: Max, Willow, Pete, and Hoops, who have all been shrunken in size due to a scientific experiment. From there, players can decide if they want to play the game solo or select multiplayer to take on this journey with a friend or family member.

The opening scene of Grounded showcases cartoons in a similar style to He-Man, which felt very reminiscent of the 90s. Then, a news report suddenly interrupts the broadcast to tell the story of four missing teenagers that could be linked to a string of previous abductions. Based on this information, it seems that other students of Brookhollow High School could have suffered the same fate, and it’s up to the player to solve the mystery.

Once you are able to take control of the character, the first objective is to figure out what happened by exploring the land filled with dangerous bugs. But, despite these dire circumstances, I was surprised to see how well these young teenagers handled the situation, even if they could die at any given moment.

Like any survival game, you must find sustenance and shelter to prolong your lifespan. Unfortunately, the concept of water is somewhat of a double-edged sword because you can either perish from hydration or get murdered by foes while searching for dew on the grass. Players can also become sick from drinking certain ponds, immediately lowering their hunger.

Mushrooms are one of the only items you can use to prevent starvation at the beginning of the game. However, this food option won’t satisfy your hunger enough, so you must upgrade your cooking skills for ideas or eliminate smaller bugs for roasting. That being said, you’ll need to learn how to make tools and weapons to get materials and obtain raw meat from these creatures.

Almost every item you see around Grounded can be used for crafting and other various uses. For example, you can acquire Clover Leaves and Crude Rope to create a Clover Hood that can protect you against enemy attacks. In addition, you can fully customize your character with unique items, where you can utilize bug parts like a Weevil Nose or Mite Fuzz to protect yourself from powerful monsters.

Compared to other games, Grounded is a bit more realistic with designs since clothing and buildable structures actually look like the crafting material they were built from. For instance, if you make a Lean-To shelter, you’ll see the Clover Leaf and Sprig you’ve collected in the finished product.

On top of the survival aspect, scientific research is a massive part of Grounded, in which you’ll locate facilities that can study items in your inventory. You’ll learn more about these materials every time you analyze this data and possibly gain new ideas for future crafting projects. Additionally, players can unlock skills and upgrades at an ASL Terminal by exchanging research points from the Science Shop. This particular mechanic allows you to purchase things like the Meat Shield that can expand your basic knowledge.

The most crucial element of the game are the different types of bugs you’ll encounter along the way. Some won’t outright attack you and will go about their business if you don’t threaten them. But, on the other hand, other creatures will brutally murder you and cause you to panic at the sight of them. One, in particular, is the variety of spiders within Grounded that can ultimately kill you in a few seconds, causing you to lose your Backpack.

While I played the game, I fell victim to the bugs’ treacherous attacks many times, and it sometimes felt like a horror movie whenever I had to run away from the dreadful monsters. Luckily, you can return to the original spot where you died and collect your belongings by following the waypoint. However, you should still keep an eye out for the creatures because they will linger in this area, almost like they are dancing on your corpse.

Those who aren’t too keen on spiders can change the physical characteristics of these beings on the menu or at the start of the game. In this selection, you can customize the ‘Arachnophobia Safe Mode’ to showcase less of a spidery look with these specific bugs. Furthermore, this alteration won’t affect the gameplay or difficulty of these enemies.

There are, of course, many other creatures that roam around in several locations on the map. Therefore, you’ll have the option to utilize the Peeping Goggles to analyze the bugs and collect information for your database. In return, you’ll come up with additional crafting designs and identify bugs that are friendly or dangerous.

One of the primary features I enjoyed about the game is how everyday objects are shown in a completely different way. For example, landmarks throughout the area could range from ‘the Baseball’ to the ‘Tropicop Punch-O.’ With this in mind, players can use these resources to their advantage and replenish their health from a single drop of a juice box.

Since there are so many areas to discover and various quests to complete, players can definitely spend a lot of time getting lost in the world of Grounded. Obsidian Entertainment has also been continuously improving the game throughout the years and is more than likely to release new content over time. As a result, the gameplay has a high replayability rate where users can look forward to updates and create different builds each time.

If you are in the mood to try out something new in the survivalist genre, Grounded may be the game you are looking for due to its unique shrunken environment and formidable enemies. All things considered, I can’t wait to see what will happen next in this first-person narrative from Xbox Game Studios. 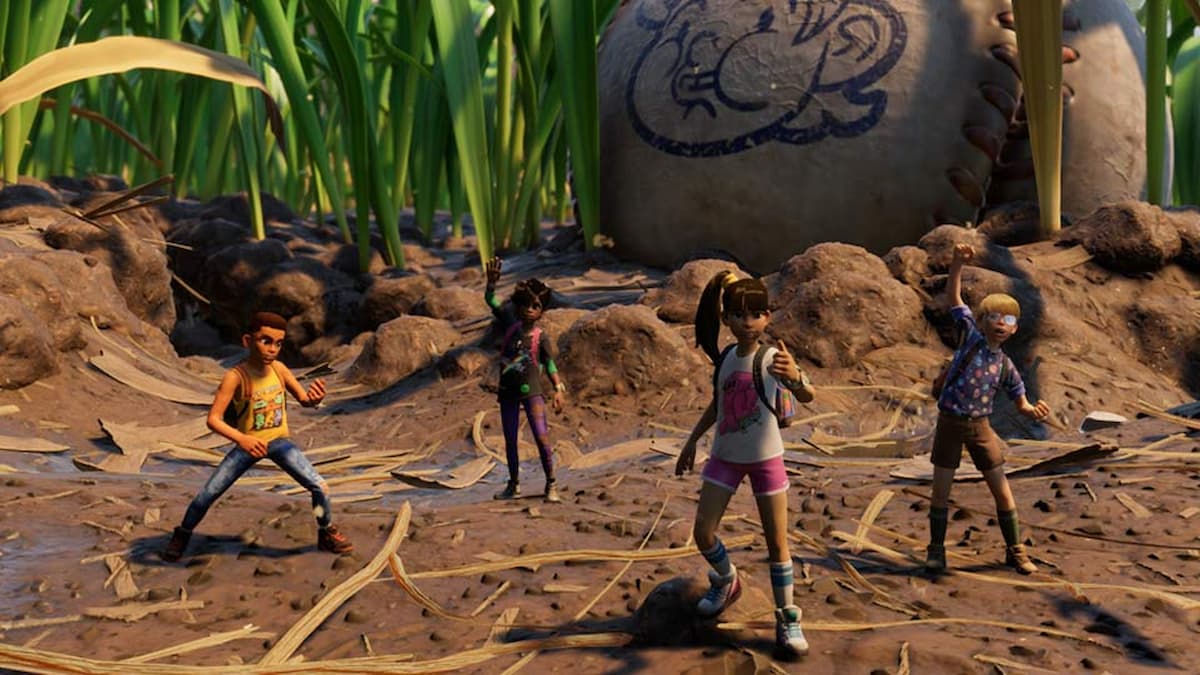 Random: Kirby Gets An Elden Ring Makeover In This Detailed Crossover Art