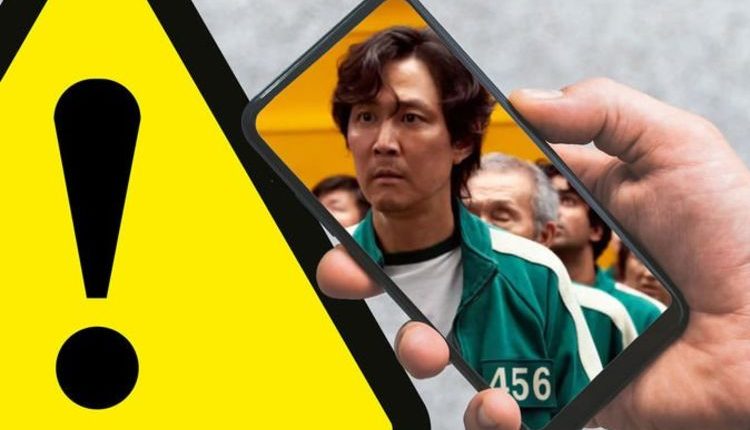 Android smartphone users have been put on red alert about an app that was available to download on the Google Play Store. Security experts are warning Android users about an unofficial app for Netflix megahit Squid Game which is being used to spread malware. The alarms bells were rung by Lukas Stefanko, malware researcher at ESET, who said a malicious app known as ‘Squid Game Wallpaper 4k HD’ was being used to spread the notorious Joker malware.

This dangerous software, which first was spotted in 2019, is a common tool that cybercriminals use for attacks. It is capable of signing Android users up to expensive subscription services without them realising it, which can lead to them being seriously out of pocket. The Joker Android malware can also spy on a victim’s texts, data and contacts list.

Alerting Android users to the security threat in a post on Twitter earlier this week Stefanko wrote: “Squid Game themed Android Joker.” The ESET researcher went on to add: “Running this app on device might result in malicious ad-fraud and/or unwanted SMS subscription actions”.

The ‘Squid Game Wallpaper 4k HD’ app was downloaded over 5,000 times from the Google Play Store before it was taken down. However, if you managed to download the app before it was delisted be sure to delete it from your Android device ASAP.

If you have any anti-virus software on your Android device also make sure to run a check to see if your phone or tablet has been infected. If you don’t have any anti-virus protection then you can find out about a number of money saving deals that leading providers such as Avast, AVG, ESET and Sophos are running in the widget in this article.

Despite this offending app being delisted, Stefanko said over 200 Squid Game related apps were still available on the Google Play Store.

One of these apps, based on the Red Light Green Light game that featured in the first episode of Squid Game, was installed over one million times – despite featuring basic gameplay.

Stefanko said this particular app wasn’t malicious in any way, and the flurry of Squid Game apps on the Play Store look to be a way to make quick ad revenue.

“Seems like a great opportunity to make money on in-app ads from one of the most popular TV show without official game. The most downloaded of them reached 1M installs in 10 days. Its game play is not that well handled”.

Given that Netflix is branching into gaming, and considering Squid Game is the streaming service’s biggest show at launch ever, it may not be too long before an official Squid Game app launches.

In the meantime be careful what apps you download from the Google Play Store, and be especially wary of apps with low install rates or programmes made by little-known developers you haven’t heard of.

5 Reasons to Use Digital, Interactive Games in Your Business