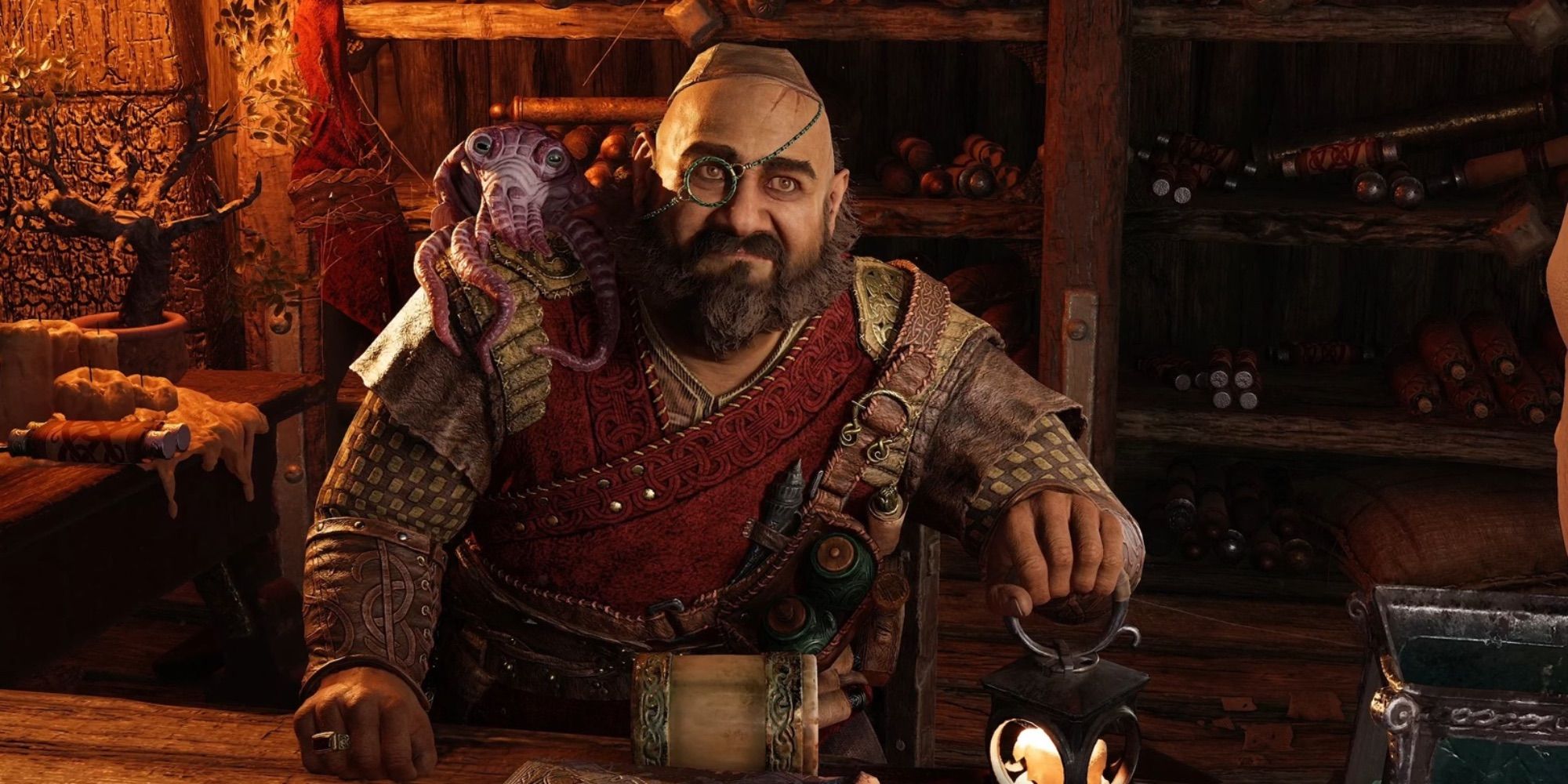 The Spirit of Rebellion is a favor in God of War Ragnarok and is among the many things for players to tackle in Svartalfheim. Before Kratos begins his return to the Mystic Gateway in Scartalfheim, Durlin will initiate a conversation that prompts the favor, The Spirit of Rebellion. Taking on this favor won’t cause players to backtrack considering it’s where they’re heading anyway.

RELATED: God Of War Ragnarok: How To Beat The Hateful

Upon completing the quest in The Path, Forging Destiny, players will find themselves at this point in the game. The primary objectives in this favor include retrieving Durlin’s hammer and returning the hammer to him. After finishing this favor, players will be rewarded with a large sum of XP for both Kratos and his companion, a Light Rune Attack, and other various collectibles and resources found along the way.

After receiving the quest from Durlin, players should fast-travel to the Watchtower because it’s closest to their destination. Players will notice that the next marker in the quest will lead them to Dragon Beach just around the corner to the east. Take a boat and disembark on the beach, which will have many enemies, primarily Tatzelwurms and Cursed Grims – kill them off to avoid any unnecessary burdens.

Next, use this time to loot the general area, starting with the Nornir Chest straight ahead. There is also Lore in the back area of the beach as Rune Heads, which is to the right of the Nornir Chest. The triggers to opening the chest area in the waterfall visibly behind the chest, the fountain to the far right of the chest, and in the bushes where the rocks are. Players should be keen on the cursor of the Leviathan Axe while attempting to trigger each area to open the Nornir Chest.

RELATED: God Of War Ragnarok: How To Beat Garm

Now, players should locate the long chain hanging from above and climb it to the top. Once on top across the way, there is a hole dispersing air out of a wooden beam. Players will need to throw the Draupnir Spear into the hole to use it as a bar to lift Kratos upward onto the next ledge above. Next, players will need to take a sharp left and climb onto the next ledge – on this platform, players will encounter a spirit who offers them a Favor called The Lost Treasure. Players can ignore the spirit for now, but it is recommended to interact with the spirit now instead of having to re-climb the structure to acquire the Favor again in the future. Next, Hook shot across to the other side.

Next, take a right and crouch beneath the wood beams. There is a Yggdrasil Rift and players can interact with a Fierce Wulver inside. This is the third Yggdrasil Rift players will find on their journey after completing Mission 12 in the game’s main story. Considering the tiny space the player and the Fierce Wulver have to fight within, this fight is particularly difficult. However, defeating the Fierce Wulver and interacting with it afterward will reward the player with ample resources.

Finding And Returning The Hammer

Duck under the previous wood beams again (if players decided to interact with the Yggdrasil Rift), there is a yellow chest on the platform, inside the yellow chest is a Hacksilver. Continue to the left, make a leap, and interact with the Alberich Hollow to draw a Rune. Continue onward and read the glowing runes on the rock wall. Upon doing so, the rock will ascend and players can go straight forward to collect the loot inside the red chest. Kratos will delve into the chest and uncover the Hammer of the Revolution, the same Hammer that needs to be returned to Durlin.

Now that players have acquired Durlin’s Hammer of the Revolution, they will need to find their way back down from the wood platforms and back onto the beach. Before leaving Dragon Beach, players should assess the area for any looting they might have missed, as most of the looting on the beach and throughout this favor involves collectibles and an extra favor (The Lost Treasure). Durlin will be inside a Tavern in Nidavellir, just south of where the Dragon Beach and the player’s current location. Players will need to get on the boat and sail south – in the Tavern, Durlin is found sitting alone at a table awaiting the player’s return and his beloved hammer. Players will need to speak to Durlin to complete the quest.

After returning the Hammer of the Revolution, players will be rewarded 3000 XP for Kratos, 750 XP for Atreus, 30 Whispering Slab, and a Light Rune Attack called the Mountain Splitter. Moreover, players will also have unlocked the Rebel Leader Trophy for completing the Favor.

​​​​NEXT: God Of War Ragnarok: How To Unlock The Watchtower Door In Bay Of Bounty

Magic Mike’s Last Dance Looks Steamier And Sexier Than Ever. How The Channing Tatum Movie Will Up The Ante