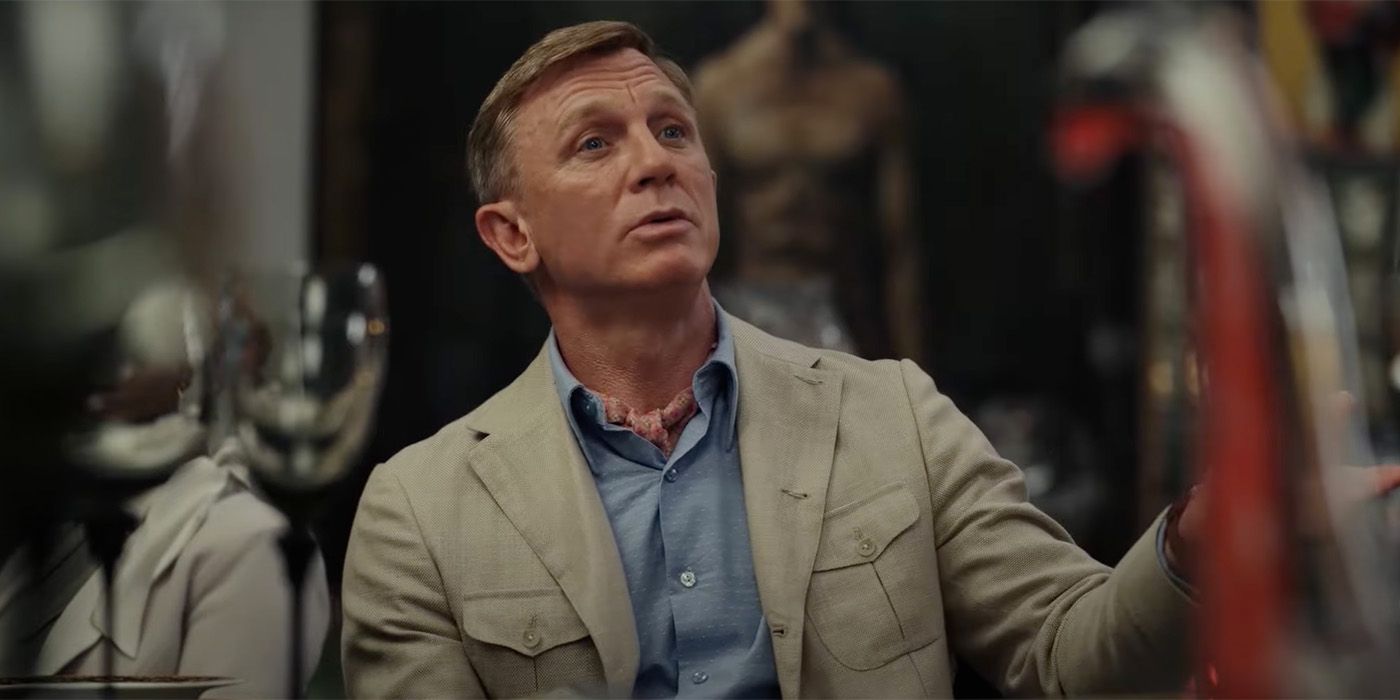 The sequel to ‘Knives Out’ has begun its limited theatrical release ahead of its December Netflix premiere.

To celebrate Thanksgiving, streaming giant Netflix has put on a feast of its own with the help of a special after-dinner speaker to complement the festivities — courtesy of an enthralling clip posted across all Netflix socials from director Rian Johnson‘s new mystery thriller Glass Onion: A Knives Out Mystery. The release of the clip will not only whet the appetite of audiences waiting for the film to land on Netflix next month but also those keen to go to theaters and enjoy the film on the big screen. Those who do wish to catch the Knives Out sequel in cinemas will have to hurry as the film is only undertaking a one-week run in theaters — with the opening having come on November 23.

In the clip, Edward Norton‘s character Miles Bron is the aforementioned after-dinner speaker, addressing his entourage of Hollywood a-lister guests that make up the rest of the Glass Onion: A Knives Out Mystery cast. The Netflix-bound sequel is bulging with big talent, from Kate Hudson to Dave Bautista and Kathryn Hahn to Janelle Monáe with many more incredible performers also joining Daniel Craig, who returns from Knives Out as southern sleuth Benoit Blanc. It is Craig and Norton who do most of the talking in the clip, as the latter tells his guests of a game that he has prepared. His own murder. As the clip plays out, Norton’s Miles instructs his guests that they will find him dead at a crime scene and must determine via clues spread across the film’s island location, who committed the murder and why. Miles Bron’s guests look a mix of confused, disinterested, and disturbed by the game, but typically, Craig’s Benoit Blanc revels in the occasion, quipping, “What do we win?”

The clip is everything the first Knives Out film thrived upon, mystery, intrigue, and a good sense of humor. It is clear from previous trailers, that this game of murder will not be the only killing that occurs in Glass Onion: A Knives Out Mystery, so audiences can rest assured that Benoit Blanc will be getting embroiled in another, all too real grizzly murder. Should the sequel be a success, director Johnson has stated that he will keep writing Knives Out movies for as long as possible.

Glass Onion: A Knives Out Mystery is currently enjoying a limited theatrical release, catch it in cinemas or stream the film exclusively on Netflix from December 23 onwards. Can’t make it to the cinema and are too impatient to wait for the Rian Johnson mystery extravaganza to land on Netflix? Fear not, you can feast on this new clip below.

The Way of Water Completes Post-Production