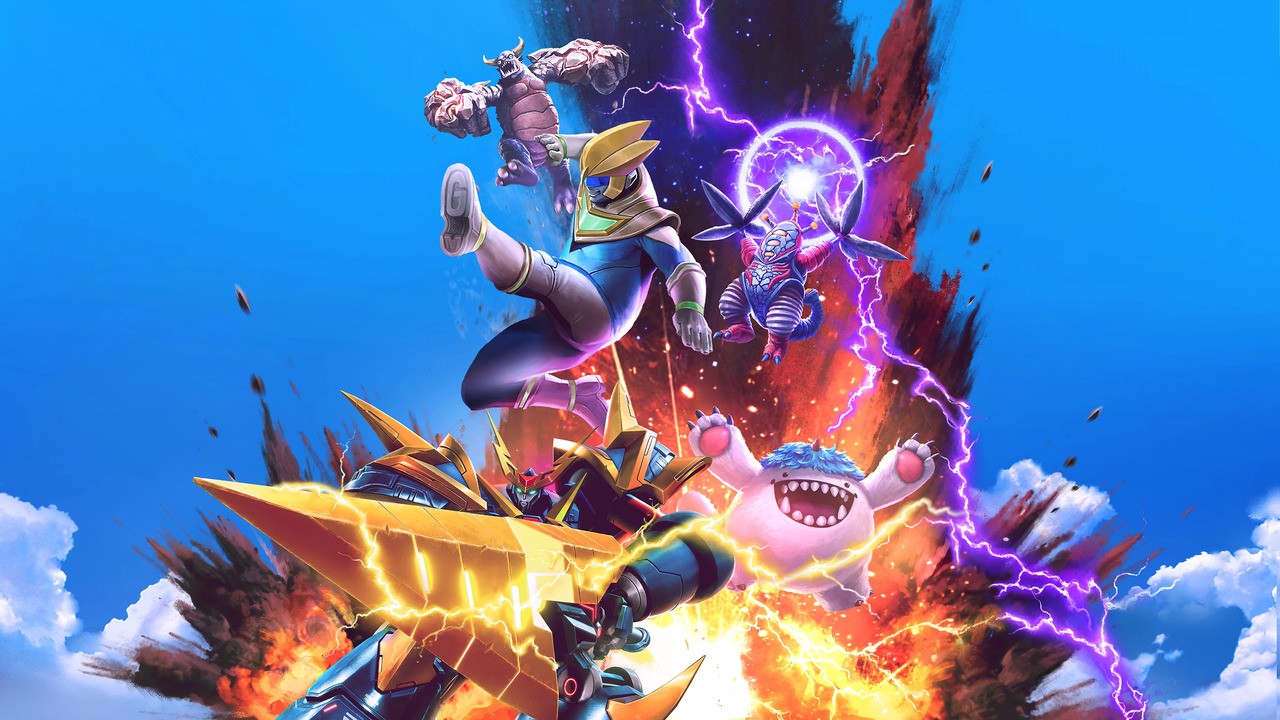 Kaiju fighting games are witnessing a resurgence and it’s a beautiful thing. PS2 efforts like War of the Monsters set the scene and through recent efforts like Override: Mech City Brawl that legacy lives on. Making little secret of its inspirations, here comes GigaBash from Passion Republic Games, a colourful new kaiju brawler. While there isn’t much here for solo players, GigaBash is a great time with friends.

Offering 10 characters – which, fantastically, includes a living building called Kongkrete – it’s a deathmatch within a destructible 3D arena. Each Titan’s packing light and heavy attacks, can throw opponents plus objects, alongside avoiding attacks through blocking and dashing. Over time, you’ll charge up a giga energy meter, transforming into an S-Class Titan for increased damage once activated. Standard stuff, though GigaBash keeps the fight interesting with inventive arena designs.

For those opting to play it solo, GigaBash has four different story campaigns, each based around a particular Titan. Housing five stages each, the missions mostly amount to fighting other Titans and watching cutscenes. Sometimes there’s other challenges like destroying barriers or herding creatures, but they’re few and far between. It lacks variety and these campaigns don’t last particularly long either; we hit credits in under two hours.

Multiplayer is undoubtedly the game’s main draw. Supporting up to four players, you’ve got free-for-all, 2v2 team battles, while Mayhem Mode – which is sadly not available online – introduces minigames, including classics like The Floor is Lava and boss fights. Our personal favourite is Rampage, which sees players racing to destroy as many buildings as possible for points, though there’s plenty of other options. This all adds some necessary variety and if you can assemble three other players, GigaBash is a great time that comes recommended.

Bash and smash in kaiju brawler GigaBash, which will finally release today