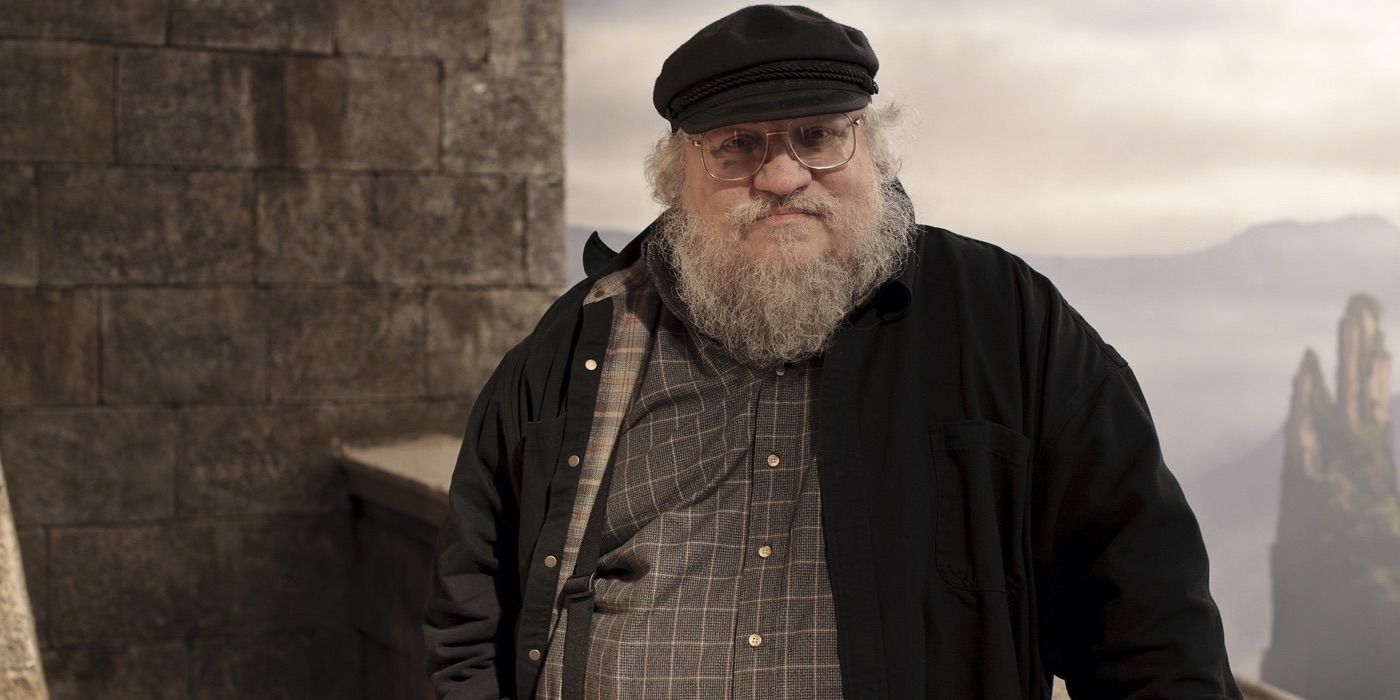 Many authors have created beautiful fantastical worlds in novels that offer a source of escape to many. Some of these works have been adapted for the screen and few have done so with as much success as HBO’s adaptation of George R.R. Martin’s A Song of Ice and Fire books which eventually became known as Game Of Thrones. Martin is now serving as executive producer of House of the Dragon, a prequel series to the original HBO hit. However, the series is one that has been the topic of conversation due to its inclusive casting, and now the author is caught in the crosshairs.

Set to release his latest book, The Rise of the Dragon: An Illustrated History of the Targaryen Dynasty, Volume One on October 25, author Martin is facing a boycott from fans. The new body of work is described as a “deluxe reference book” for those with a desire to learn more about the Targaryens. The book faces a boycott as Martin’s co-authors, Linda Antonsson and Elio M. García Jr. have both been accused of being racist. Speaking to Variety, the married couple who have worked with Martin for a long time, spoke up about the allegations. Antonsson had previously said that it was a “miscast” to have Steve Toussaint play Corlys Velaryon in House of the Dragon. The author offered a defense to her line of thought. “There are no Black Valyrians and there should not be any in the show,” she said.

Antonsson believes her comments are being “stripped of context” while stating she feels bothered when “labeled a racist, when my focus has been solely on the world building.” The author says though she believes in inclusive casting, the search for diversity should not trump the story. “If George had indeed made the Valyrians Black instead of white, as he mused on his ‘Not a Blog’ in 2013, and this new show proposed to make the Velaryons anything other than Black, we would have had the same issue with it and would have shared the same opinion,” Antonsson says.

RELATED: Whoopi Goldberg Tells Racists Watching ‘Rings of Power’ and ’House of the Dragon’ to “Get a Job”

The decision to boycott is not one without merit given that Antonsson has what many perceive to be a reluctance towards inclusivity and diversity. Thrones character, Xaro Xhoan Daxos was described as pale in the books but portrayed by a black actor, Nonso Anozie while the character Daario Naharis was played by a white actor, Ed Skrein. Antonsson complained about Anozie’s casting but celebrated Skrein’s because it had been rumored the character will be played by an actor of color. These are only a few of the long allegations of racism, bigotry and intolerance lobbied against the author.

The conversation around inclusive casting in fantasy series has become a huge deal of late with Amazon’s big budget series, The Lord of the Rings: The Rings of Power coming under siege for its own push towards diversity. It remains to be seen to what extent Martin’s work will be affected by the actions of these co-authors.

House of the Dragon premieres new episodes every Sunday on HBO. You can stream the episodes on HBO Max. Check out the trailer below:

Ryan Reynolds Posed By Big’s Zoltar Machine, Now Give Us A Remake