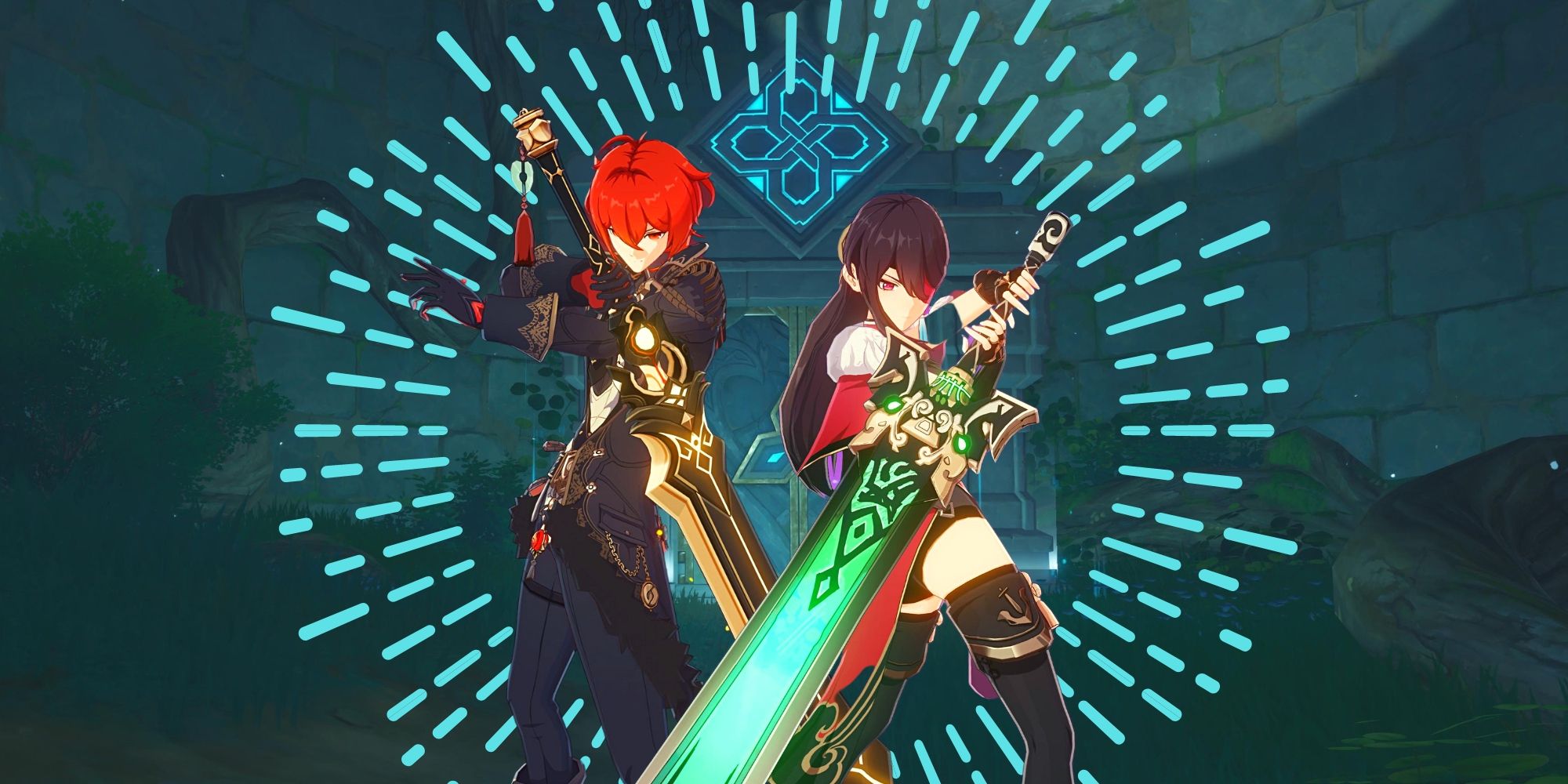 Inazuma is a region in Teyvat made up of islands big and small, each with its own challenges and secrets to discover. If you hop in your Waverider and sail to the furthest eastern section of the region, you’re bound to discover one of the most beautiful and complex places in all of Inasuma, Watatsumi Island.

As you stand at the highest vista and look out at the landscape before you, you’ll see a sight akin to something you’d see under the ocean waters. From the giant coral mountainscape to the ethereal jellyfish-like souls floating around the skies, there is so much to soak in. It is no surprise that the domain located on this island is equally beautiful and complex.

The Palace In A Pool domain is located on the smaller, northeastern island, adjacent to the main Watasumi Island. When you first arrive, you’ll notice a well-like structure with Electro pillars surrounding it. When you look inside, you’ll see the domain entrance submerged beneath thirty feet of water. In order to get inside, you’ll need to solve some puzzles and drain the pool. If you need some extra help, here’s our full guide on How to Unlock Palace in a Pool Domain in Genshin Impact.

First, align the weathervanes so that they are all pointing toward the center of the pool. You can do this by grabbing an electrogram located outside the puzzle area, and then using it’s charge to pull the weathervanes’ arrows towards you. Once you align one of them, continue moving in that direction and grapple across the pool to the other side. This will prevent you from accidentally moving it in the wrong direction.

Once all of them are aligned, the Electro pillars will be unlocked. Use one of your Electro archers to activate all the pillars and drain the water halfway. Next, you’ll need to jump into the pool and swim through the flooded corridors to activate the final switch that drains the rest of the water. Start by swimming to the end of the long hallway and climb up to the next floor by using the tree root. Once you are here, activate the three switches on the walls to open the next area. Climb up the wall to reach the third floor. Here you’ll find a cube-shaped switch that will drain the rest of the water, giving you access to the domain.

This domain consists of a series of navigational puzzles that ultimately lead to a final battle. You’ll encounter enemies that use both Cryo and Hydro attacks, so bring Pyro and Electro characters with you.

After entering the domain, you’ll notice there are a bunch of sliding walls, some of which cannot be moved right away. Skip any that are initially blocked and proceed through the area until you find the first enemy. After defeating them, face the room with three sliding walls. Open the wall on the right first, and then destroy the paper curtains in the room. Doing so will unblock the track the other wall is on. Slide open the middle wall now, and you’ll find the first of two key pieces.

Related: Genshin Impact: How To Unlock Altar Of Mirages Domain

The next set of Treasure Hoarders will throw Electro bombs at you. While this can be equally devastating, in terms of damage, when combined with the Maiden’s Hydro attacks, you won’t get frozen in place and be defenseless. You can still prioritize killing them first, but it is less crucial than before. Keep in mind that the Maiden will use an attack that holds you in place. You can still attack enemies when this happens, but you won’t be able to move from that spot. Stay agile and aware of which attacks she’s using, and you should be able to avoid this pretty easily as you take down each enemy.

Next: Genshin Impact: How to Complete Where Shadows Writhe Domain

10 Anime Characters Who Can Defeat Naruto