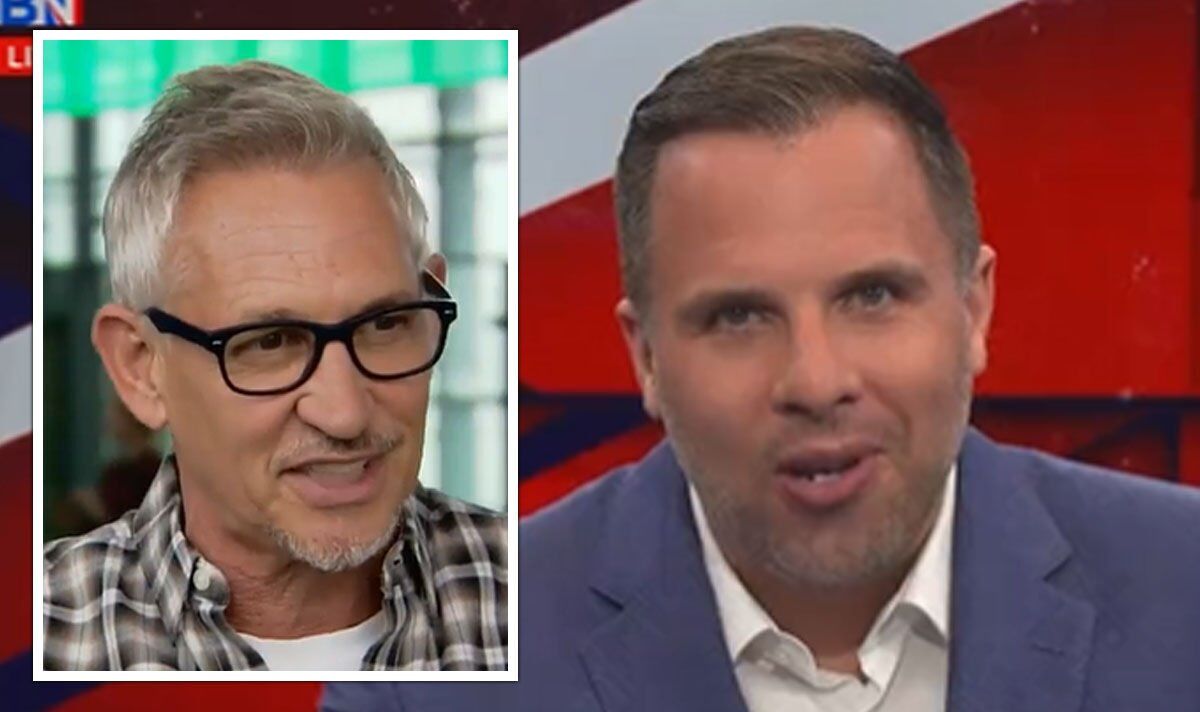 BBC’s Match of the Day host celebrated the Lionesses’ Euro 2022 victory after they beat Germany 2-1 after extra time, securing the first major tournament title for any England team since 1966. But Mr Lineker was accused of being “sexist” in his tweet when he referenced Chloe Kelly stripping after scoring the winning goal. GB News presenter Dan Wootton went on to mock the BBC’s highest-paid presenter for deleting the tweet.

Mr Wootton said: “I don’t like to see anyone cancelled or forced into a pathetic Twitter meltdown, especially for something considered anti-woke or un-PC that wouldn’t offend a single soul down the pub.

“However, when that man in question is the BBC’s virtue-signalling chief Gary Lineker who spends all day doing that to others.

“I’ll admit I get a little bit smug about it actually.

“I’m of course referring to Lineker’s so-called sexist tweet following the Lioness’s victory where he wrote: ‘The Lionesses have only gone and done it, and Kelly is England’s heroine, bra none’.

“Cue howls of outrage from all the online bores who are usually on his side branding the tweet and Lineker a misogynist and accusing him of casual sexism even after he pathetically deleted the words in question.

“You reap what you sow, Mr Lineker. This is the culture you’ve created. A culture where we can’t even use a funny pun anymore.”

He told ITV News: “I knew it was nonsense.

“Anyone who follows me on Twitter knows I do relentless amount of puns, I’ve got dad joke tourettes, it’s that kind of thing.

“I do it on Match of the Day and I’ve done it for years and I actually ran it by a couple of women friends of mine who are actually real feminists and I said ‘is this OK?’ and they went ‘it’s absolutely fine’.”

He added: “I think what happened is that some people didn’t see the game and didn’t understand the context of the nuance so therefore they just assumed it was some kind of sexist reference when clearly it wasn’t.

“I eventually took it down, not because I was bothered about it because I actually thought it was fine, and practically everyone did, but for those who didn’t see the game I don’t want them to read it the wrong way, so I did take it down for that reason.”

The team are also expected to have made history with the biggest home TV audience on record for a women’s football match.

The record of nine million was set during England’s semi-final defeat by USA in the 2019 World Cup, according to ratings organisation Barb.

Those in the crowd at Wembley included William with his daughter Princess Charlotte and the men’s team captain Harry Kane, who all sent messages of support before the match.

For those watching at Wembley, the main road to the stadium was a no-drinking zone due to the chaos that overshadowed last year’s men’s Euro 2020 final.

Thousands of ticketless fans forced their way into the stadium ahead of England v Italy in summer 2021 – although this year’s women’s final attracted a different audience.

The Sandman: Myths and History