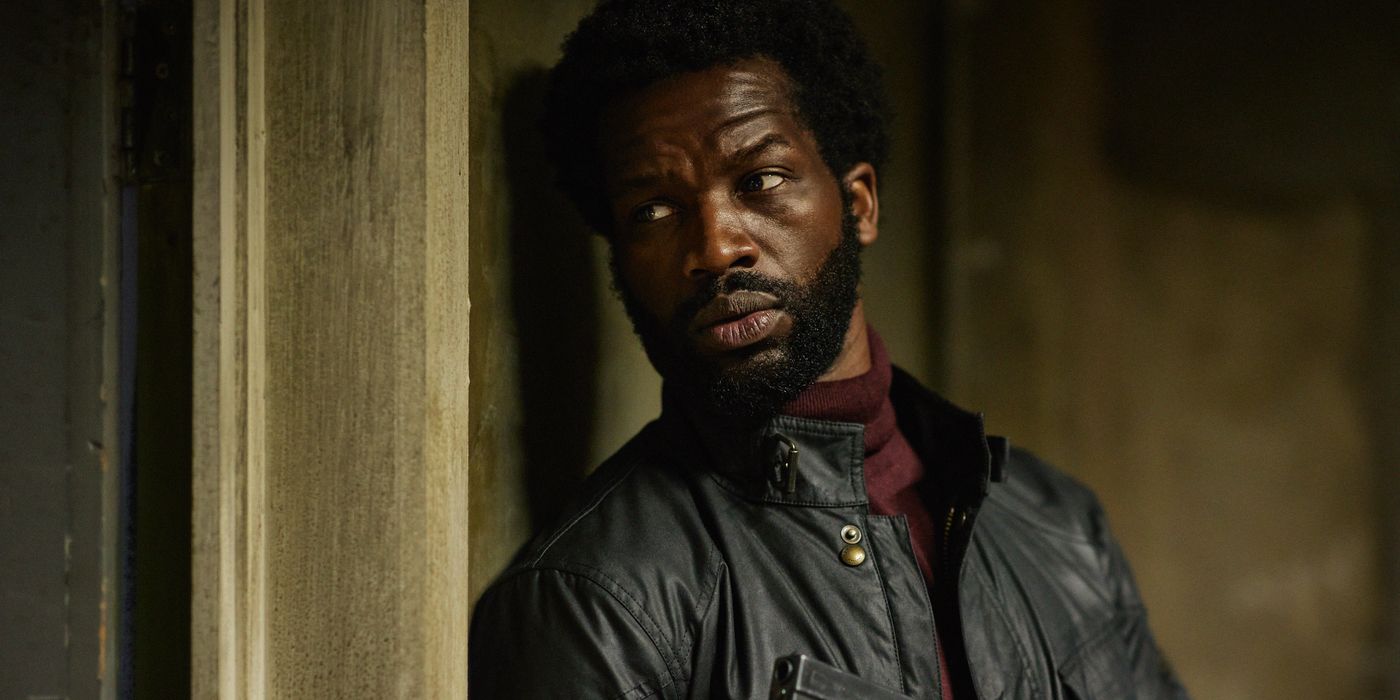 Seems like the body count in Gangs of London is going to spike heavily in the upcoming Season 2. In a new image released by Empire, we see Elliot Finch (Ṣọpẹ́ Dìrísù) engaging in some high-octave action surrounded by shattered glass and showing the said body count.

A previously released Season 2 teaser trailer also hinted at an escalating war between the various criminal organizations of London to get control of the city. Like the image, the teaser is full of guns, blood, and explosions affirming that director Corin Hardy, who is taking over the directing duties from Gareth Evans, who gave us a power-packed Season 1, is making sure the audience gets what they expect from Season 2 of the series.

Speaking to Empire, Hardy spoke at length about his process and blood splattering this season. He said, “Blood is such an important colour to use in the canvas of action. You get this immediate reaction when you see it.” The director is well known for giving the audience jumpscares with features like The Nun and To Hallow. But for Gangs of London, the filmmaker has gone an extra mile with action.

Season 1 showed us the aftermath of the murder of Finn Wallace, the most powerful criminal in London which ended in a lot of blood spilling and the horrible death of his son Sean Wallace. In the middle of all this Elliot Finch, an undercover policeman has infiltrated the Wallace organization and witnessed the violence first-hand. Season 2 is set a year later where Elliot is now abandoned by both Wallaces, and the police and is forced to work for the Investor, a new gang leader tasked with restoring the status quo. Speaking of the action sequences Hardy revealed,

Some of this stuff, you plan it, you choreograph it, you storyboard it, pre-viz it, shoot it with stuntmen and actors, edit it, and by the time you’ve got your final sequence, only then do you see what you’ve made. And I sat back and watched it and thought, ‘I’ve gone too far this time.

While there’s no release date set yet Gangs of London Season 2 is set to premiere this year. Check out the new image and synopsis below:

One year after the death of Sean Wallace and the violent reckonings of season one, the map and soul of London has been redrawn. The surviving Wallaces are scattered, the Dumanis broken and estranged, and ex-undercover cop Elliot Finch is now being forced to work for the Investors. As the Investors look down on a city sliding into chaos they decide enough is enough and bring in reinforcements to restore control. Old favorites and new players fight back against the new order, forcing sworn enemies to work together and family members to betray each other. Who will win the battle for London’s soul?