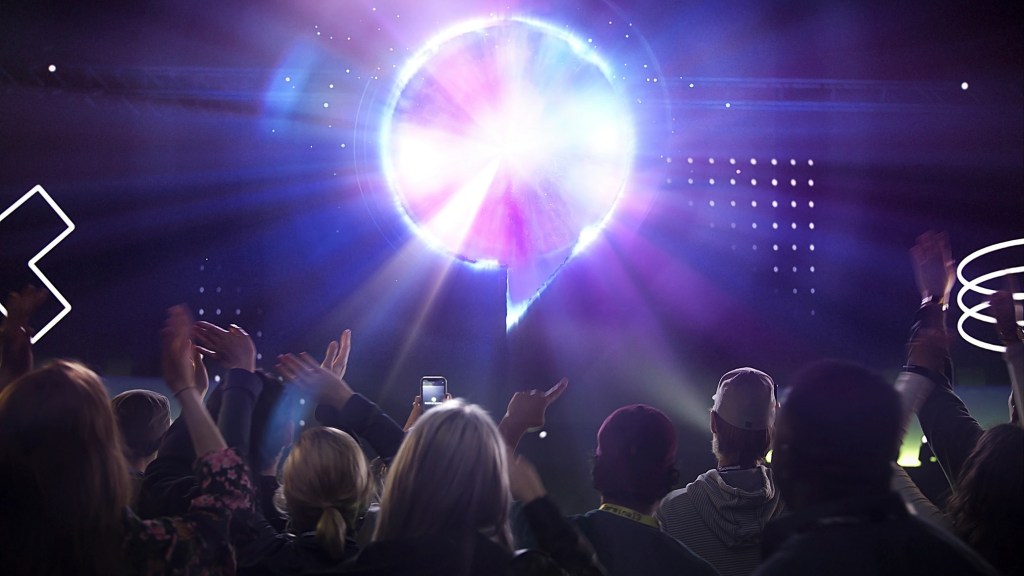 August’s Gamescom 2022 took place in Cologne, and as we said in our Gamescom 2022 overview, the event felt like a much-needed celebration of the video game industry. While visiting the event we played dozens of interesting and promising games, and here we’re going to talk more about just some of the titles we were able to get to grips with.

Just take a look below for a big round-up of some of the best games we saw at Gamescom 2022.

Jackbox Party Pack is always best played with friends, though the developers and fellow games media attendees were the next best thing when I played Jackbox Party Pack 9. Nonsensory is a game where you make a statement or drawing based on a scale of 1/10 absurdness, and the other players must guess where it ranks on that meter. Most points are attributed to players who guess accurately. As always with these games, one smart round can take you from the bottom of the board to the winning position. Another great title for those Discord or local party nights.

Gerda: A Flame in Winter 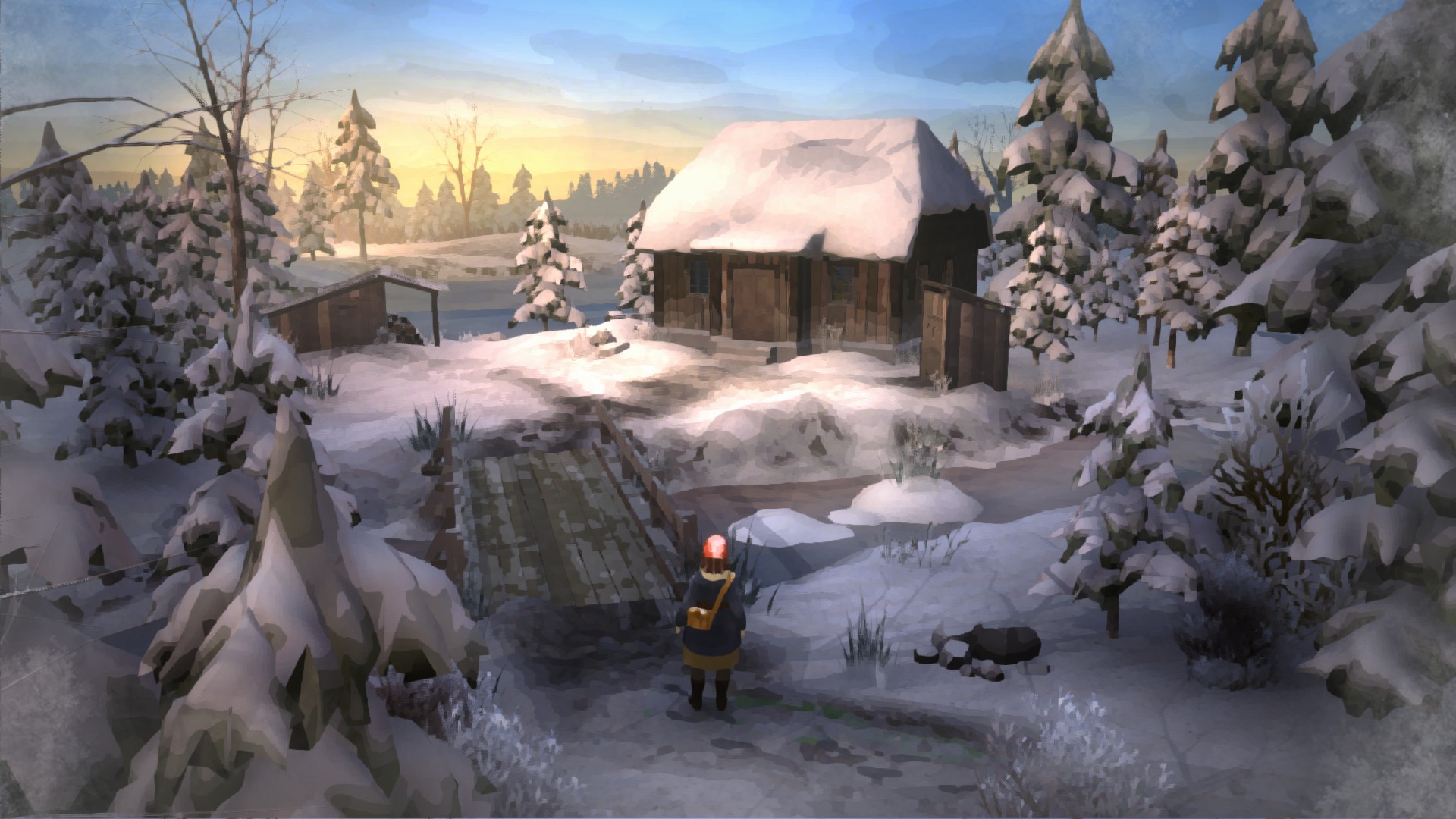 Available now on Steam and Nintendo Switch, Gerda: A Flame in Winter is about a young woman that has her life turned upside down when her village is occupied during World War II. Gerda operates like a point-and-click adventure game, where you work to free your allies. Your nationality and the languages you speak will open up more dialogue options, though allying with the wrong crowd might have some people turn on you. 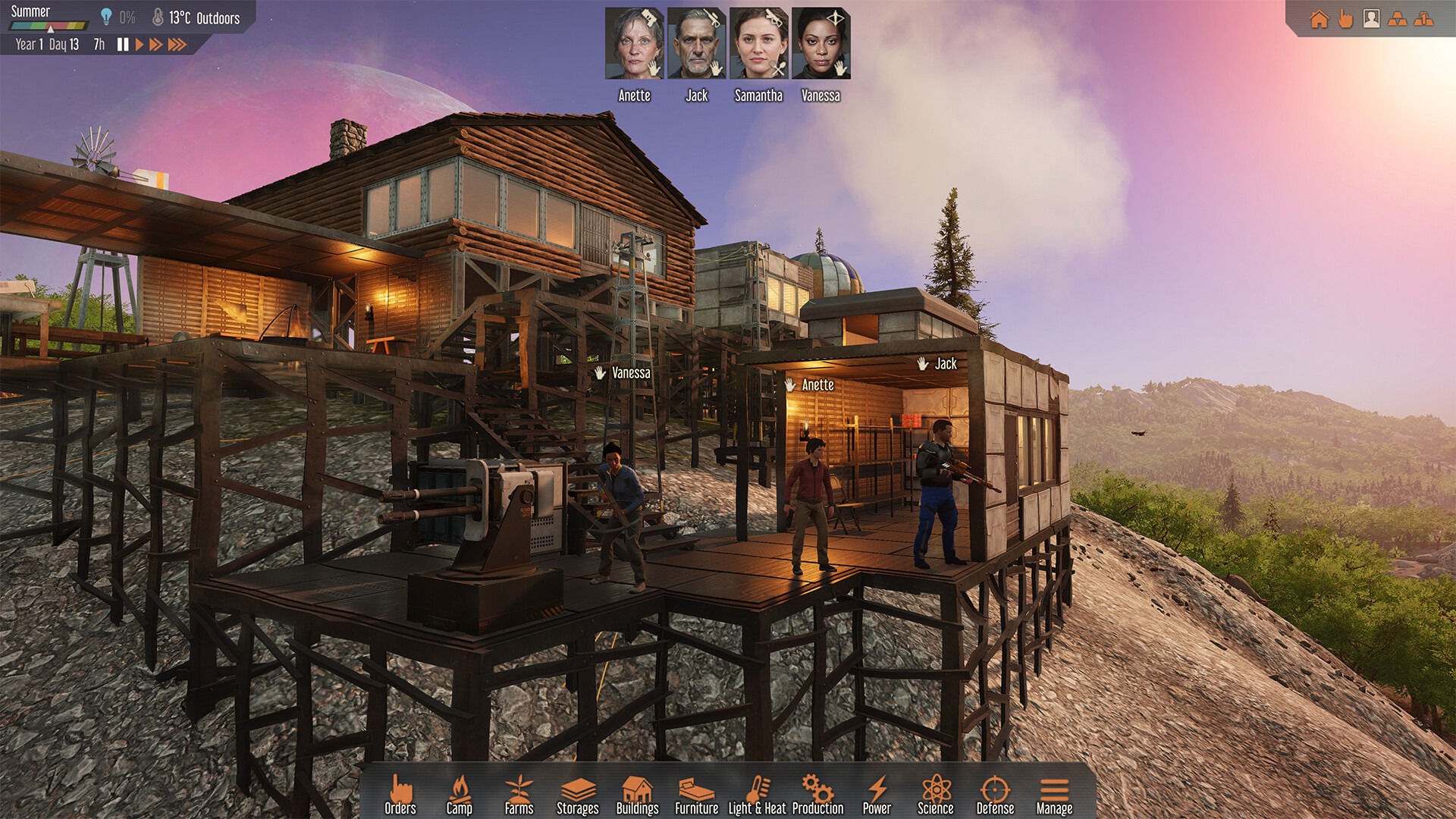 Stranded: Alien Dawn is releasing in Early Access in October, and it is a brand new PC survival game for you to sink your teeth into. After crashing on an alien world you select a team of up to four survivors to build a base and begin surviving on an alien world, even when hordes of creatures may come to attack your home base. Fortifications are just as important as food supplies in this tense experience. You can even choose just a single survivor to up the stakes, if you’re daring. 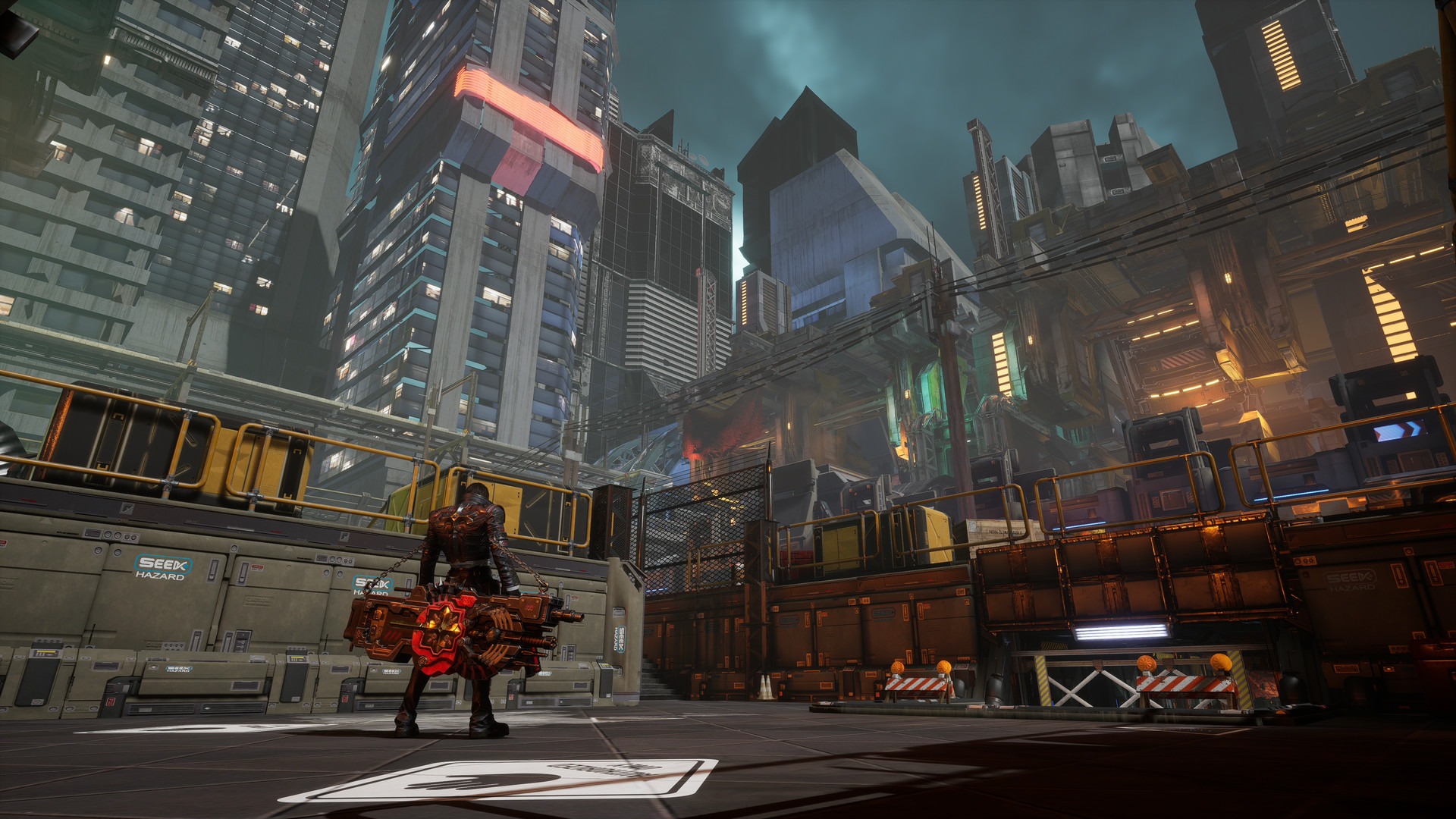 A fascinating revival slated for November 22, Gungrave GORE brings back a classic PS2 action game franchise. Developed by Korean studio IGGYMOB, you play as Grave and your job is basically to mow down enemies that want to stop you. My impression here was a bit mixed, as there are some solid moves, but overall the pace of the game in this early section felt slow, with combos not hitting as reliably or satisfyingly as I’d like. We’ll see for sure when it launches later this year. 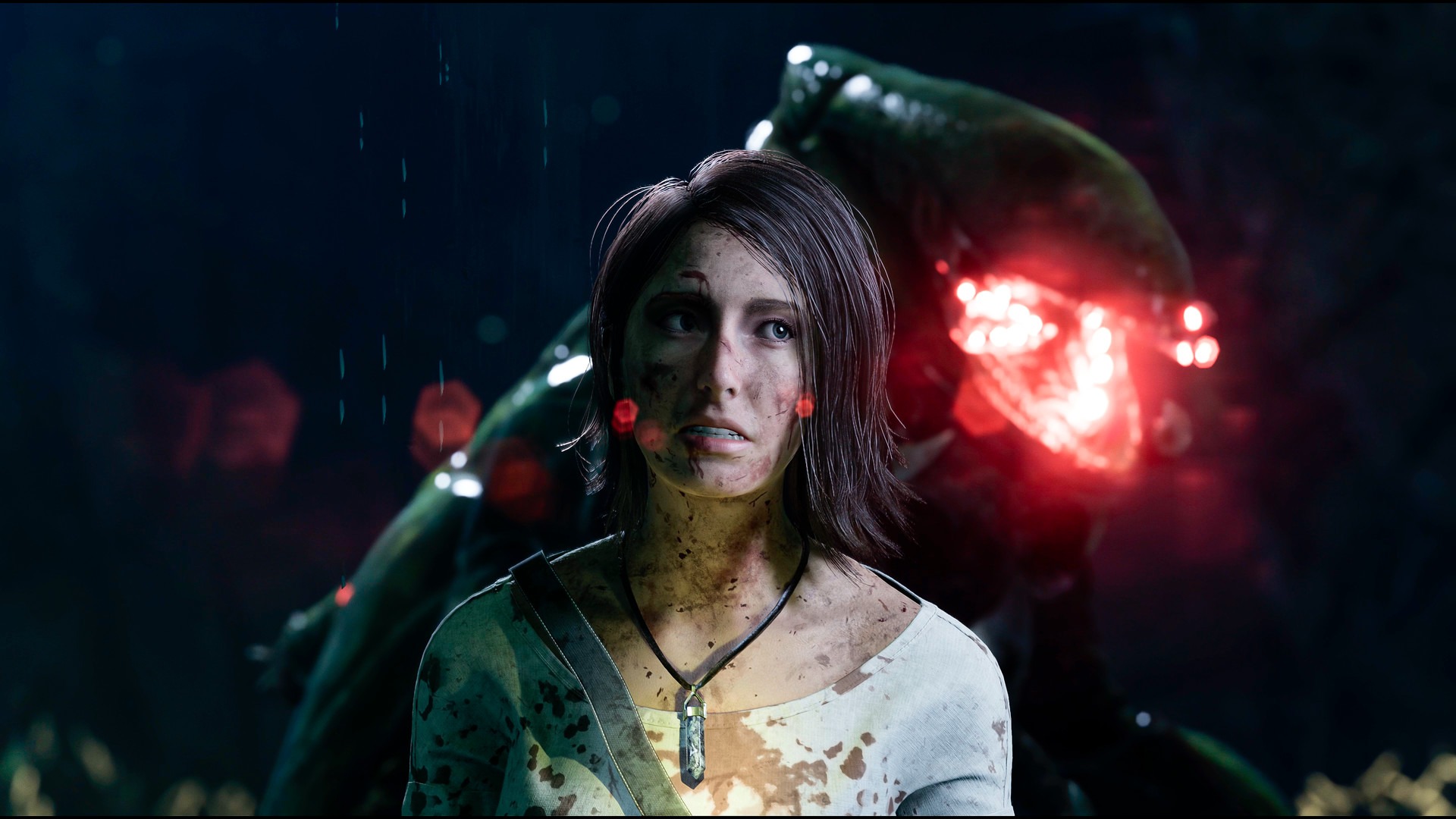 The Chant is an interesting horror involving a group of teenagers deep in the woods on a lonely island. No surprises there, then. Things quickly go wrong as some members of the cult-like group you meet with start acting strangely, and you come up against strange, hostile creatures. The Chant’s environments look great, and it has the puzzle-box vibes of a classic Resident Evil or Silent Hill game. While there are monsters to beat here, this isn’t an action game, this is an incredibly promising horror releasing on November 3. 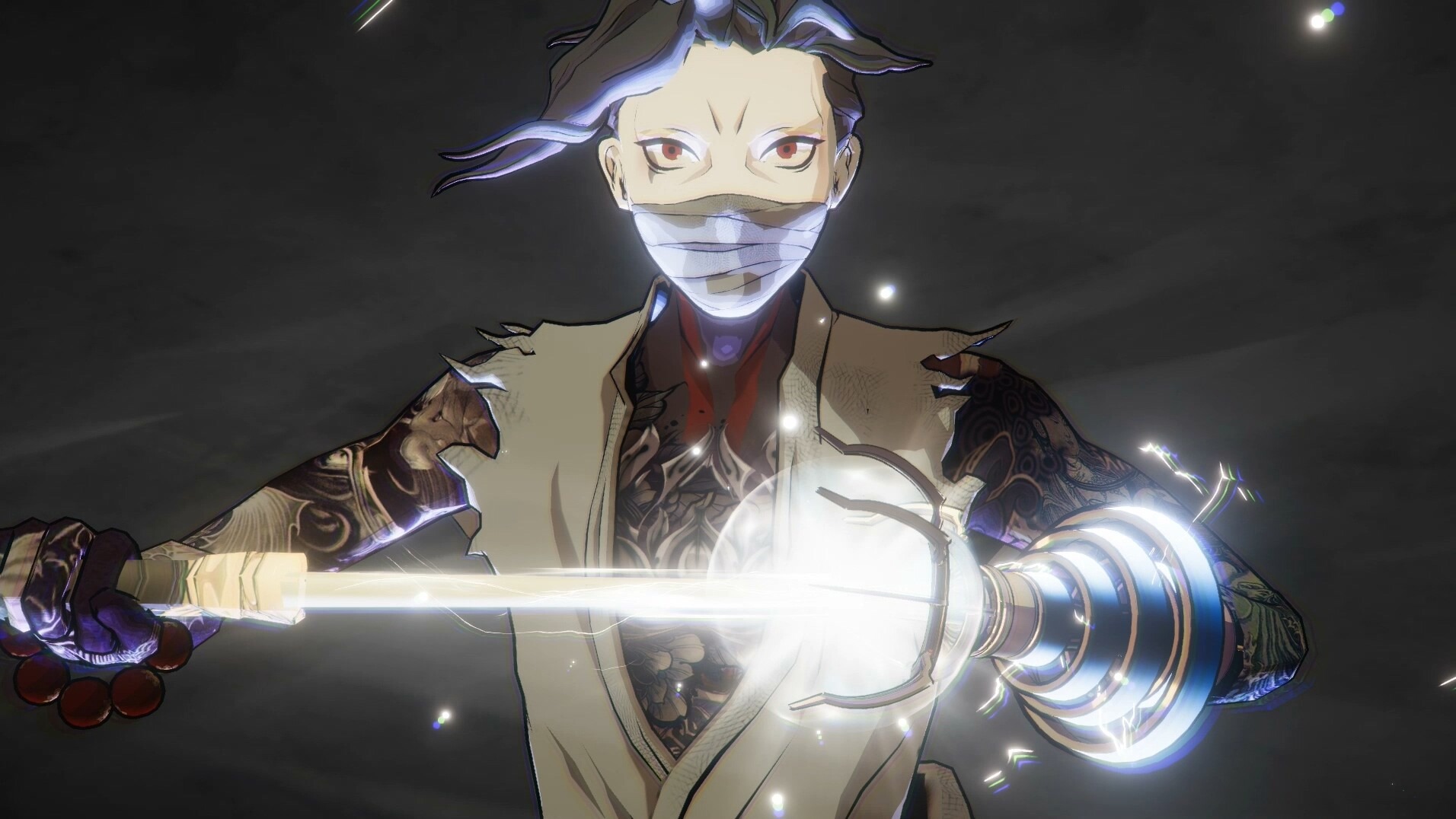 The anime-style Mato Anomalies takes place in a futuristic city with an old-school aesthetic. This unique RPG has you exploring a mysterious world alongside the real one, and assembling a team to defeat the monsters within in – you guessed it – strategic turn-based battles. Plus, there’s a cool card game, too. Mato Anomalies is very interesting, and worth looking at when it releases. 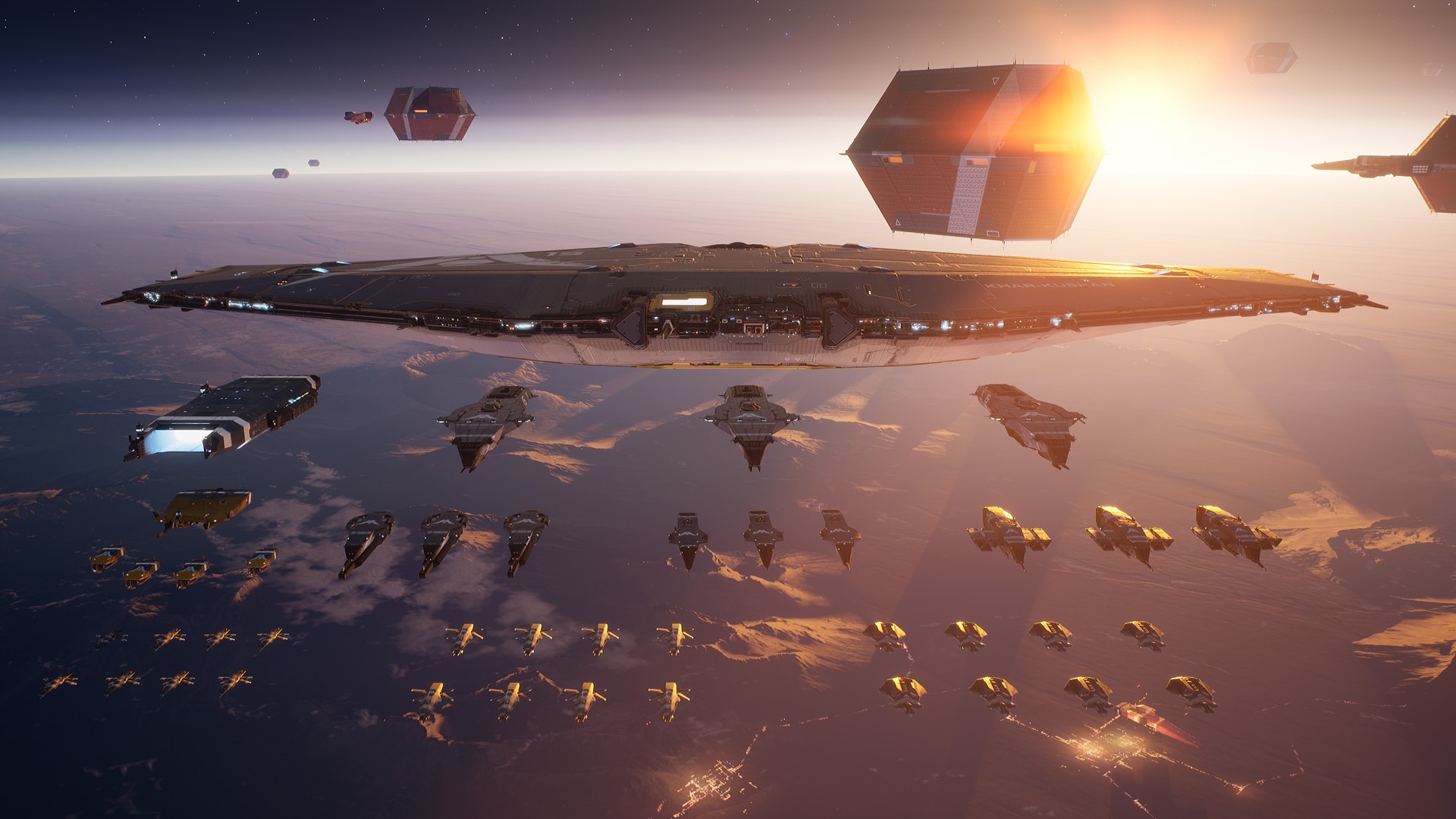 The Homeworld series is properly returning with Homeworld 3, and this 3D space RTS feels great to play already. There’s a small learning curve you need to get over so you navigate 3D space and move your units effectively, but once you have the hang of it, it feels very good. Homeworld 3 right now looks visually stunning, with a massive sense of scale. Your ships can appear to be mere pixels from a distance, but up close you get to glimpse detailed models doing battle. In space. Very cool. 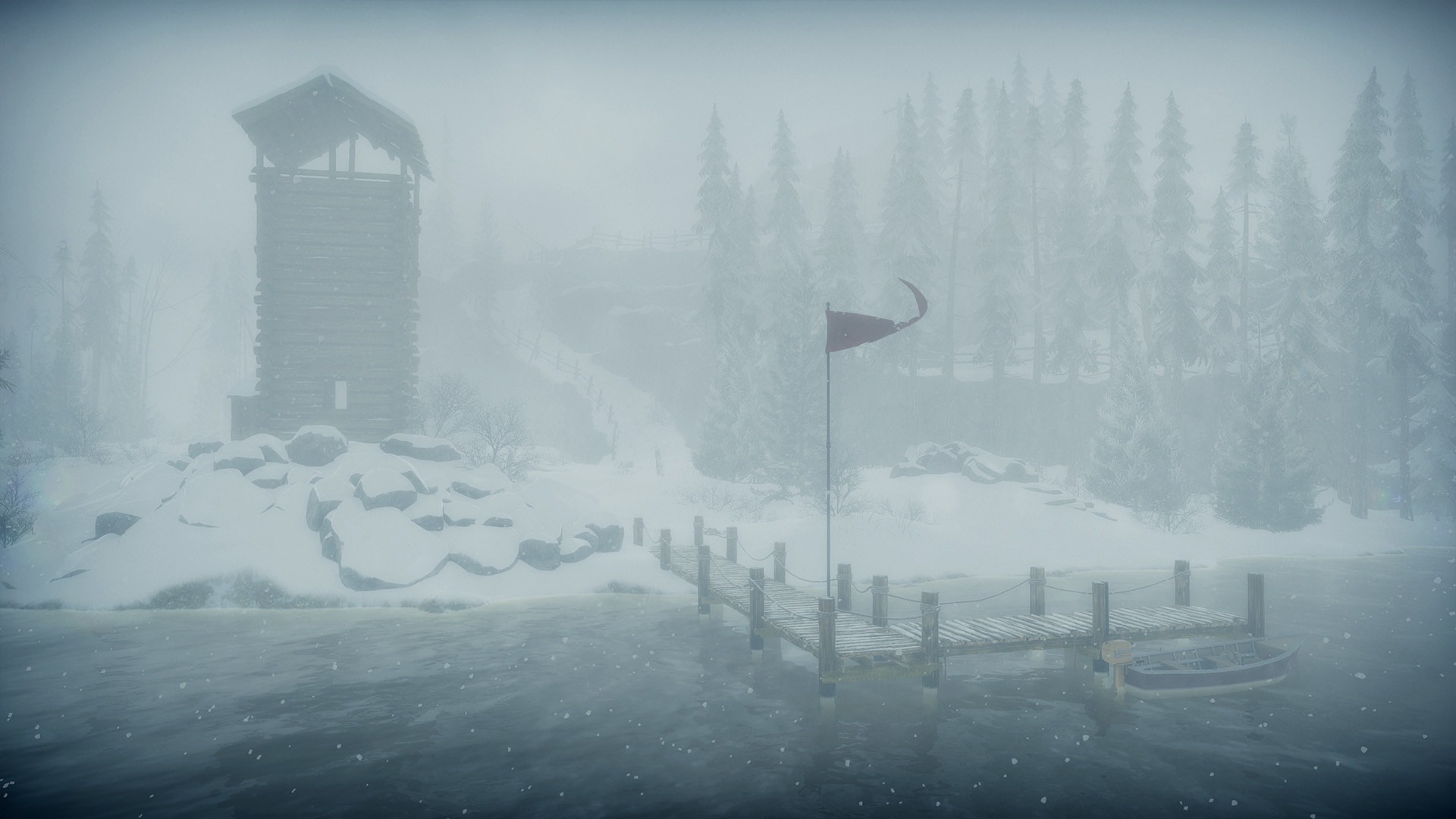 Detective Carl Faubert is investigating a part of Northern Quebec when snow and mist envelop everything. Familiar landmarks fade into the distance, and suddenly the detective is fighting for survival. In this sequel to a cult favorite indie survival game, you’ll be exploring frozen wastes while keeping your wits about you. In the short section we played we learned how to survive, and got introduced to exploring the snowy landscape, all while a few mysteries keep us engaged in the world.

Alone In The Dark 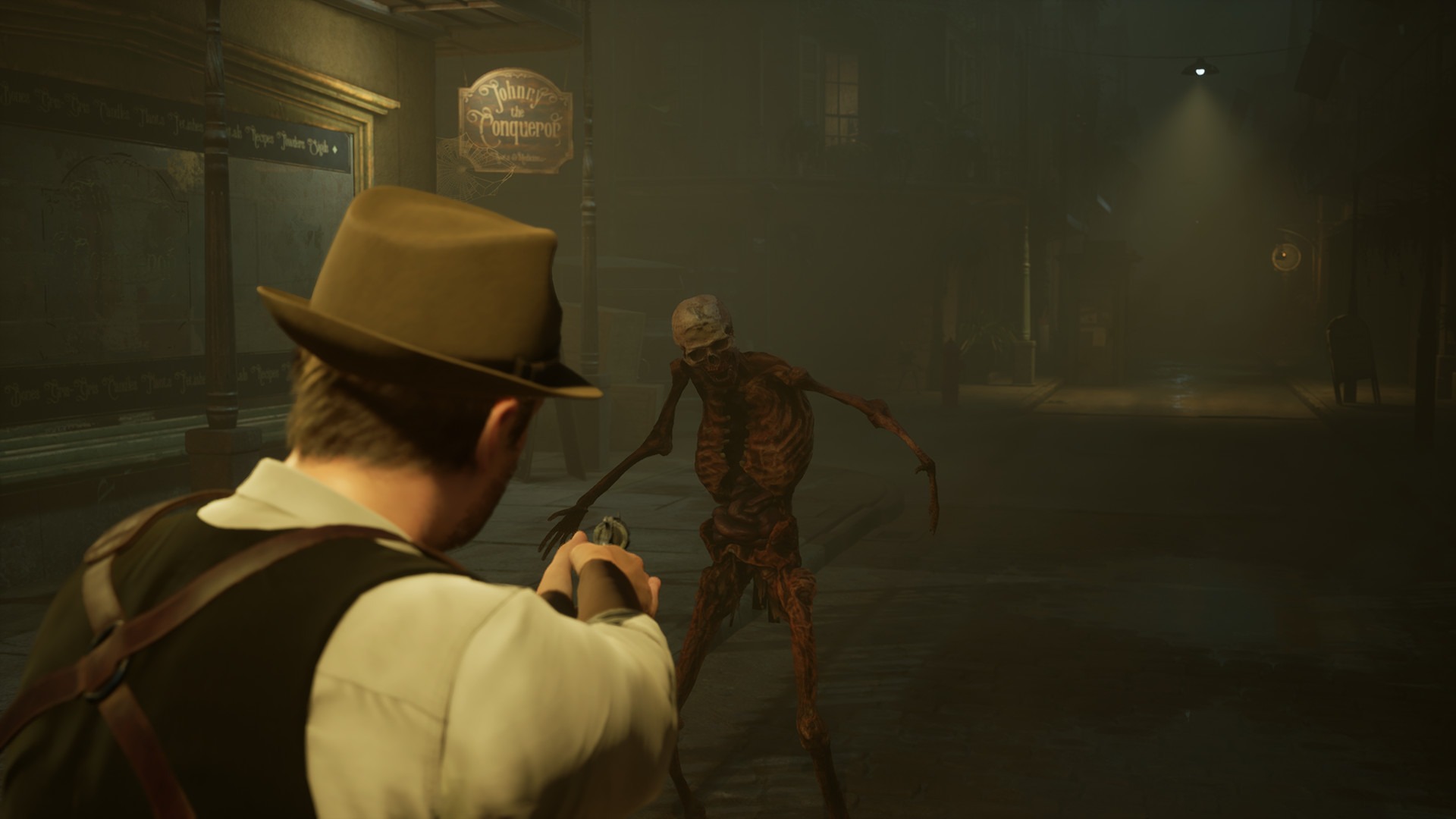 The original Alone In The Dark was an early 3D game and set the template for what horror games should be, but the series hasn’t enjoyed the same success as those it inspired, like Resident Evil. This reimagining from Pieces Interactive looks a lot like more modern Resident Evil games, and while we got to see a variety of monsters and weapons, we were reminded that this is still a horror survival game at its core, and fighting a bunch of monsters really isn’t the main focus. We didn’t get to go hands-on with Alone In The Dark, but it looks incredibly promising, though it probably won’t release this year. 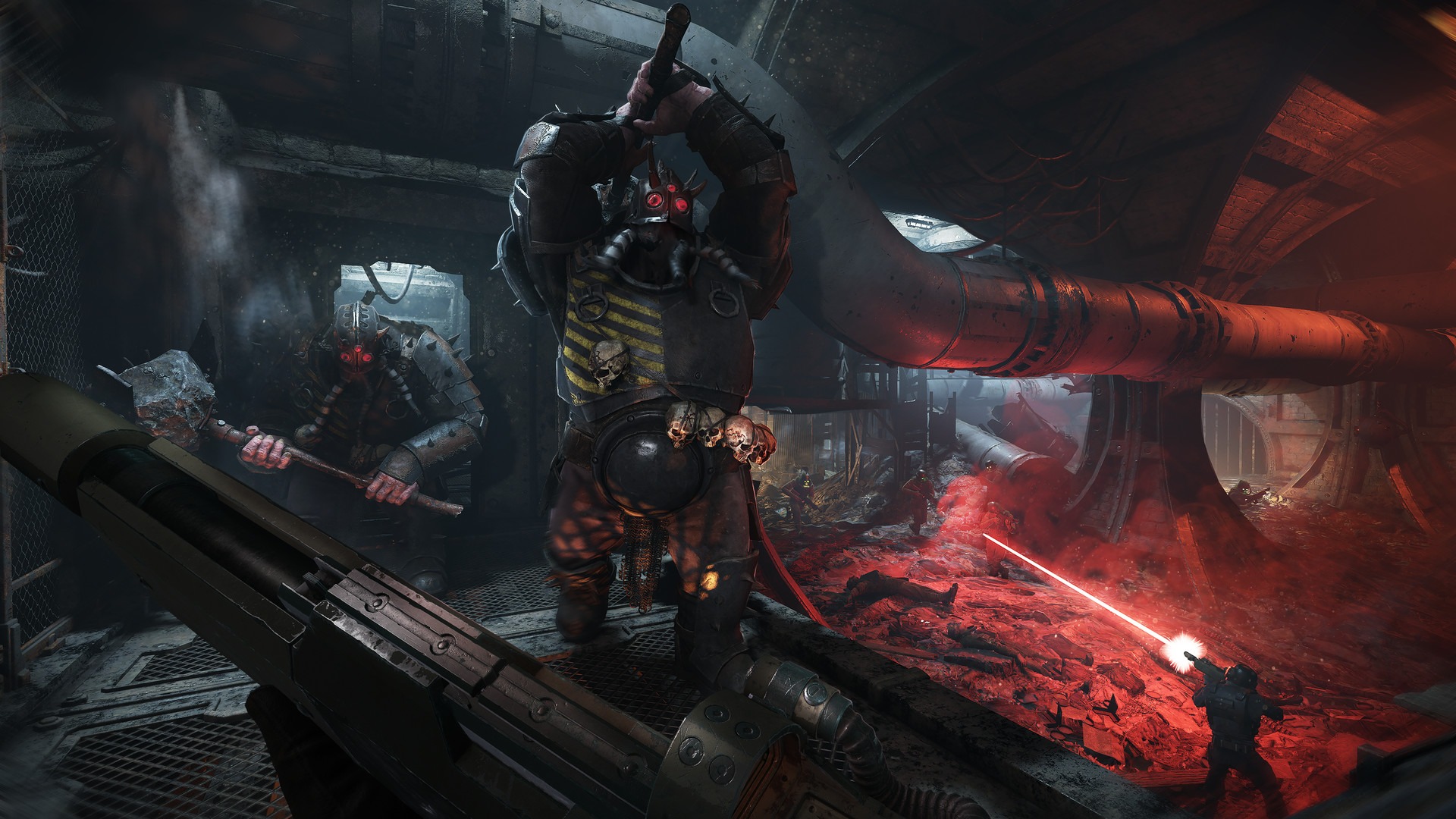 From the beloved Vermintide team, Darktide is a co-op Warhammer experience where you’ll work with a team to wipe out huge numbers of enemies in first-person combat. Guns, knives, swords, spells, and more will be at your disposal as you work with a team of friends to take out foes. In our playtest we immediately found that teamwork was essential, as a team that splits up will inevitably be taken down. Classes vary in their ease of use, but once you spend some time learning the strategies for each class and each enemy assault, Darktide could become your new favourite co-op FPS.

Written by Dave Aubrey on behalf of GLHF.