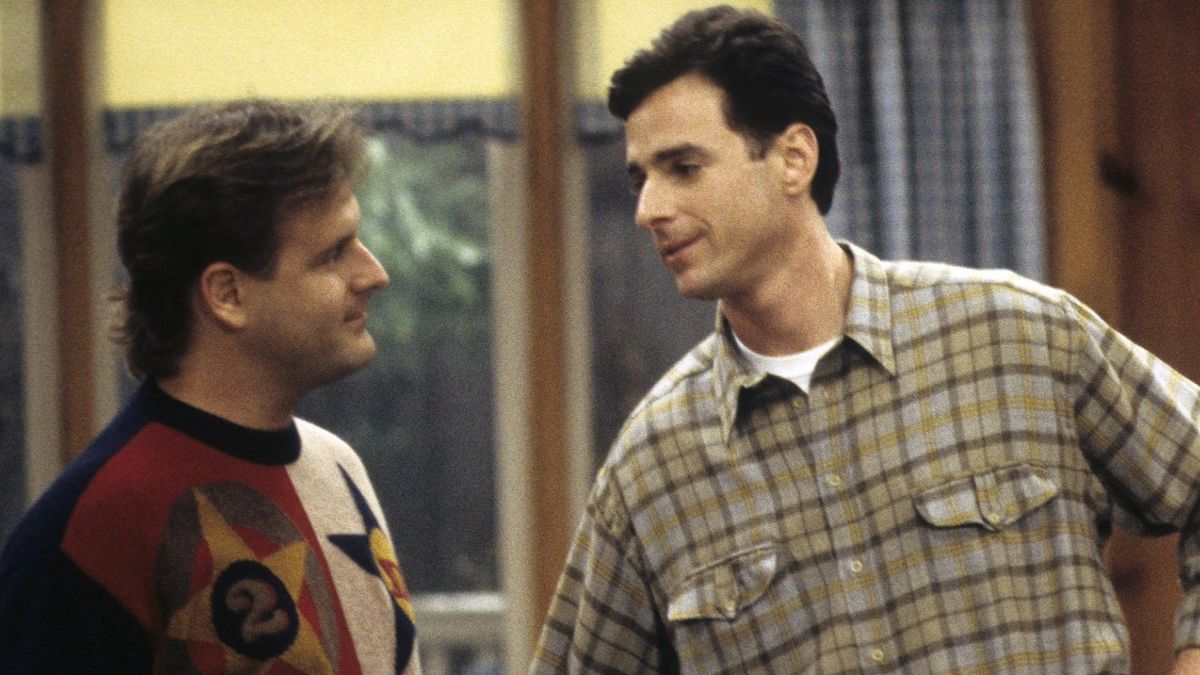 Full House was such a beloved show by so many people, whether they became fans when the sitcom originally aired on ABC in the 1980s and ‘90s, found it through reruns in syndication, or jumped on the bandwagon with the Netflix spinoff Fuller House. What fans may not have known until recently, however, was how much the TV family meant to the cast as well. So many stories have been shared since “America’s Dad” Bob Saget passed away January 9 from a head trauma, and Full House actor Dave Coulier recalled the last time he spoke with Saget before he died.

Full House may have gone off the air in 1995, but the Tanners and those closest to them had formed a family. If that show taught us anything, it’s that families are forever, so in the years before and since John Stamos got the band back together for Fuller House, the cast kept in touch. In fact, Dave Coulier said he spoke to Bob Saget on the day his friend died, and he reflected on that conversation on the Tamron Hall Show:

As tragic as it most certainly was to lose Bob Saget so suddenly, that’s a pretty wonderful memory that Dave Coulier can hold onto. He was able to have a final conversation with his friend, and it was one filled with laughter. Appreciation for the moment might come later, though, as Coulier talked about the incredible pain and sorrow he’s been through. The actor has experienced tremendous loss recently. In addition to losing Saget, Coulier’s brother died by suicide, and he said he also lost his father a couple of months ago.

Earlier this year Dave Coulier celebrated two years since he quit drinking, marking the anniversary by sharing a scary photo of his bloodied face after taking a fall on some steps while drunk. He told Tamron Hall that being sober has allowed him to fully grieve his losses.

Details about Bob Saget’s final days have come to light in the past few months — not just about the events surrounding his tragic death, but about the kindness he showed to those around him and the love he consistently expressed to his friends and family. A hotel employee recalled how he made time for Full House fans in the lobby, and he apparently struck up a conversation and took a photo with his car valet the night of his death.

Bob Saget’s widow Kelly Rizzo recalled her own final conversation with her husband the night he died, after what would be his final show, with him telling her, “I love you so much, and can’t wait to see you tomorrow.”

The world lost a good one on January 9, and the memories that Bob Saget’s loved ones continue to share just keep proving that. Check out these movies and shows to watch if you want to remember Bob Saget, and also take a peek at our 2022 TV Schedule to see what new and returning shows are premiering soon.