Selenium contamination of freshwater ecosystems is an ongoing environmental health problem around the world. A naturally occurring trace element, selenium levels are high in some geologic formations like sedimentary shales that form much of the bedrock in the Western United States. Soils derived from this bedrock, and weathering of shale outcrops, can contribute high levels of selenium to surrounding watersheds.

New research out this week in Environmental Science & Technology from UConn Assistant Professor of Natural Resources and the Environment Jessica Brandt with Travis Schmidt and colleagues at the United States Geological Survey (USGS) investigates some of the complexities of selenium and how it moves through the ecosystem during runoff events and as a result of seasonal irrigation of selenium-enriched soils.

The research focused on the Lower Gunnison River Basin in Colorado, an area impacted by selenium-enriched bedrock known as the Upper Cretacous Mancos Shale, and designated critical habitat for the endangered razorback sucker (Xyrauchen texanus) and Colorado pikeminnow (Ptychocheilus lucius). Between June 2015 and October 2016, the research team sampled water and wildlife across six sampling trips and along 60 river miles between Austin and Grand Junction, CO.

“Selenium is an essential micronutrient acquired through the diet, but excess exposure threatens the health of egg-laying animals, including fish and aquatic birds. On top of that, the timing of exposure matters. For instance, too much selenium as an embryo is particularly concerning because it impairs development and reduces the chances of hatching and survival to adult life stages. We wanted to know when, over the course of the year, are fish exposed to the highest concentrations of selenium in the food web? Do those periods coincide with windows of reproduction and early-life development? Are they aligned with periods of increased selenium mobilization to the river?”

For the most part, the answers to those questions were yes. Selenium concentrations reached their highest concentrations in fish prey in April and August 2016 when selenium is pulsed into the river from snowmelt and during irrigation of agricultural fields. By modeling fish concentrations from selenium levels lower in the food web, Brandt and collaborators predicted that whole-body selenium levels were highest during the spring and summer. During these periods, eggs are maturing in adult fish prior to spawning and young of the year fish are experiencing stages of development that are susceptible to high selenium exposures.

Brandt explains the study is important because of its focus on a fast-flowing water system. Most case studies of waterbodies contaminated with selenium are about lakes and reservoirs where selenium reaches high concentrations in fish and birds after moving through the sediment-detrital pathway. Because the water moves more slowly in these systems, selenium has more opportunity to accumulate at the base of the food web. In rivers, on the other hand, it is thought that most of the selenium mobilized during periods of high flow will be flushed downstream before it can accumulate locally,

“We observed that green algae can take up selenium pretty rapidly during periods of high mobilization, likely from the water column directly. One hypothesis going forward is that algal uptake pathways for selenium entry to aquatic food webs, rather than sediment-detrital pathways, might dominate in rivers and streams. This study indicates that we need to be spending more time thinking about selenium risks in rivers.”

Brandt says this research has implications for the management of selenium sampling in rivers. For example, fish sampling typically happens in the fall when the results of this study suggest that selenium concentrations in fish might be at their lowest. Even still, the measured concentrations were high,

“We sampled speckled dace and roundtail chub in October 2015 and 2016,” says Brandt, “Whole-body selenium concentrations in more than 90% of these fish were well above four parts per million, which is a threshold supported by research showing adverse health effects like reduced growth and survival. Because the river is habitat for native endangered species, maintaining fish health is a priority.”

Selenium levels in the Lower Gunnison River Basin have been a concern for several decades now and Brandt explains that ongoing remediation efforts in the Gunnison have reduced levels by 43% since 1986. But perhaps more can be done to further bolster these efforts

“Do we need to be approaching selenium assessments in impaired rivers in a different way? Well, we see from this work that selenium concentrations in the food web are high even with drops in water concentrations over the last thirty plus years. This highlights that the food web is the primary driver of selenium exposure and potential toxicity risk. More frequent monitoring of food web selenium in this system will give us the best information about how to manage selenium in order to meet fish conservation goals.”

The Trouble with Selenium in Eggs

Brandt explains the full mechanism of selenium toxicity is still not completely understood and there are likely multiple ways that it compromises an animal’s health. The early hypothesis was that selenium substitution for sulfur in amino acids, which are the building blocks for proteins, and caused improper protein functioning. We now know that selenium metabolism also causes oxidative stress. Either way, selenium is a teratogen meaning that at certain levels of exposure it can cause deformities.

With deformity-inducing contaminants, the timing of exposure over the course of an organism’s lifecycle is critical because specific periods are more sensitive to high selenium concentrations. Brandt says that excess selenium exposure is especially concerning for egg-laying animals like birds or fish because sulfur-rich proteins that eventually become yolk proteins are made in the liver of the adult female prior to spawning. If adult females are exposed to high selenium levels in their diet, a high rate of selenium substitution for sulfur in these precursor yolk proteins will translate to high levels of selenium exposure for the embryos. This early life exposure can cause deformities and mortality. At the population scale, poor survival of young fish and birds can cause populations to crash,

“We saw this to a dramatic extent in Belews Lake (North Carolina) and the Kesterson Reservoir in California during the 1970s and 1980s and have been working to prevent similar consequences in other ecosystems ever since.” 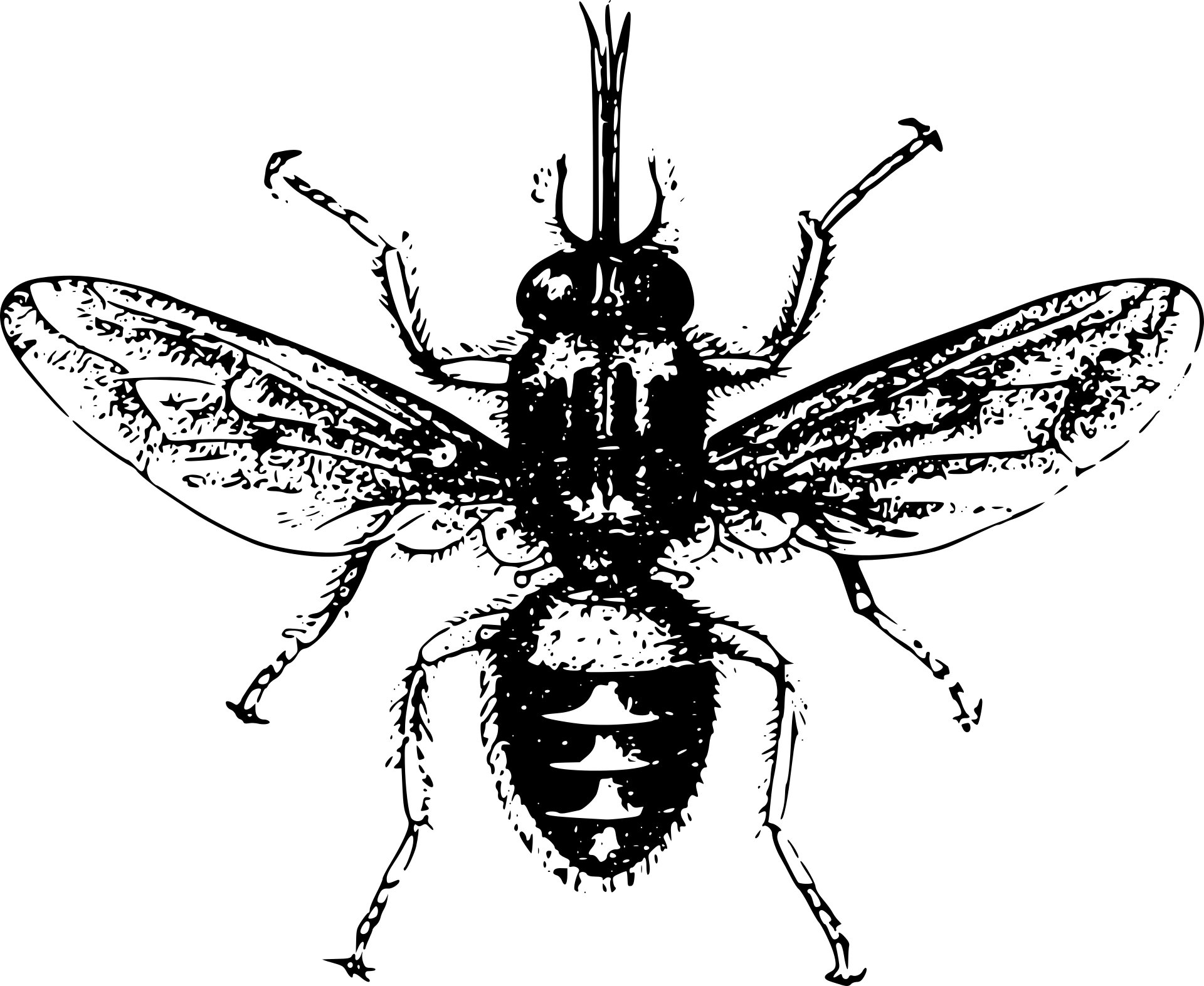 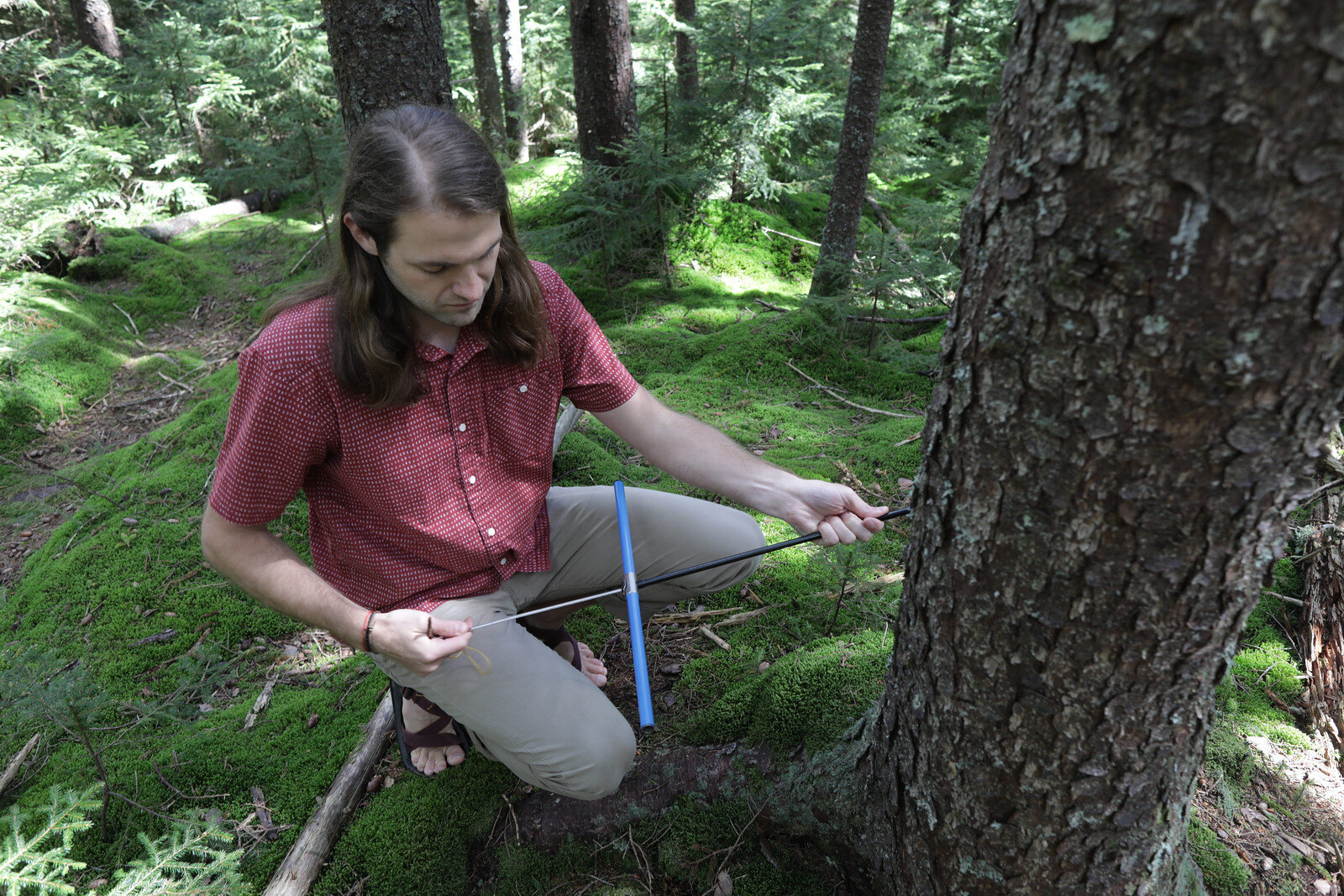 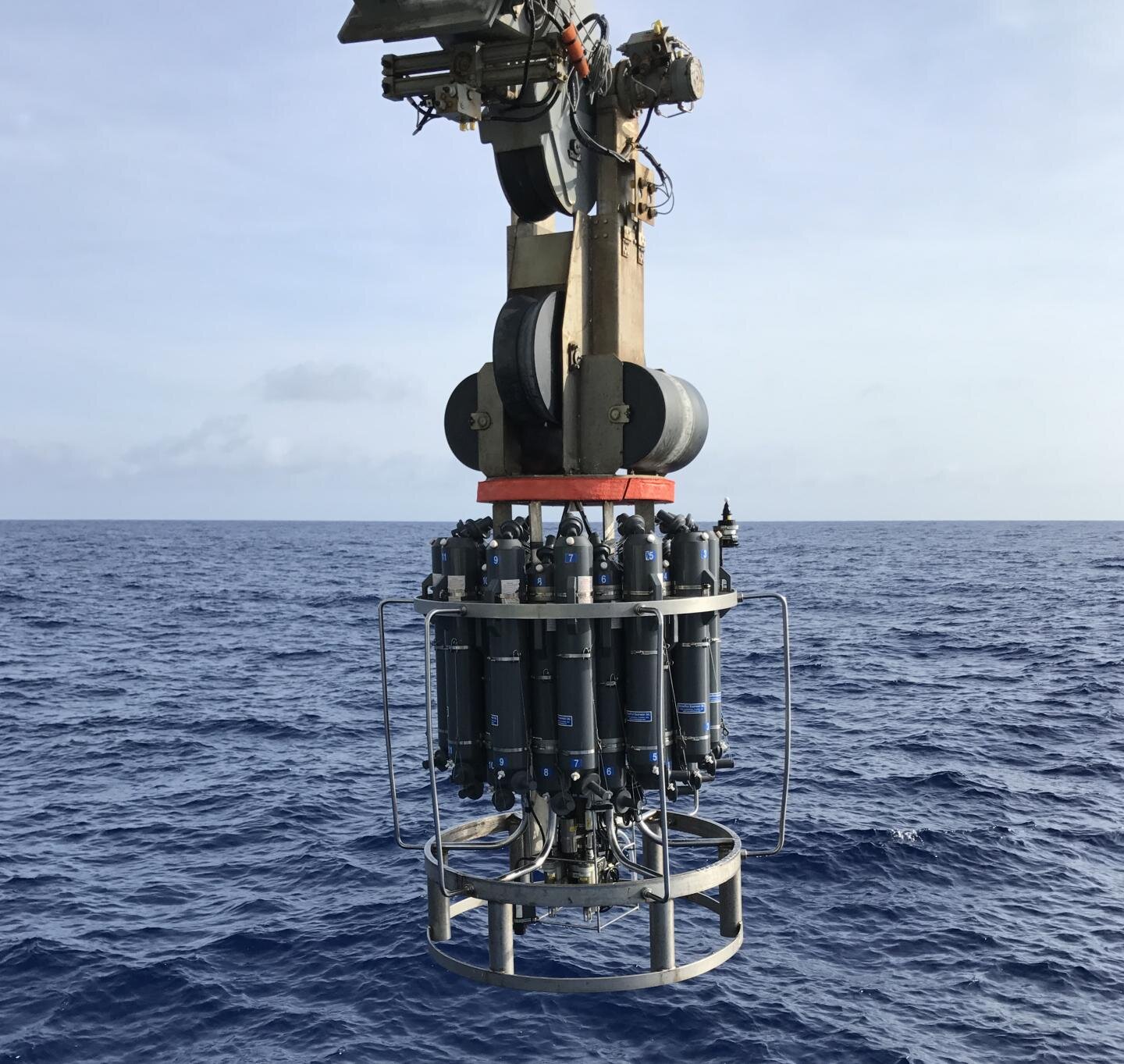 Researchers discover an immense hydrocarbon cycle in the world’s ocean 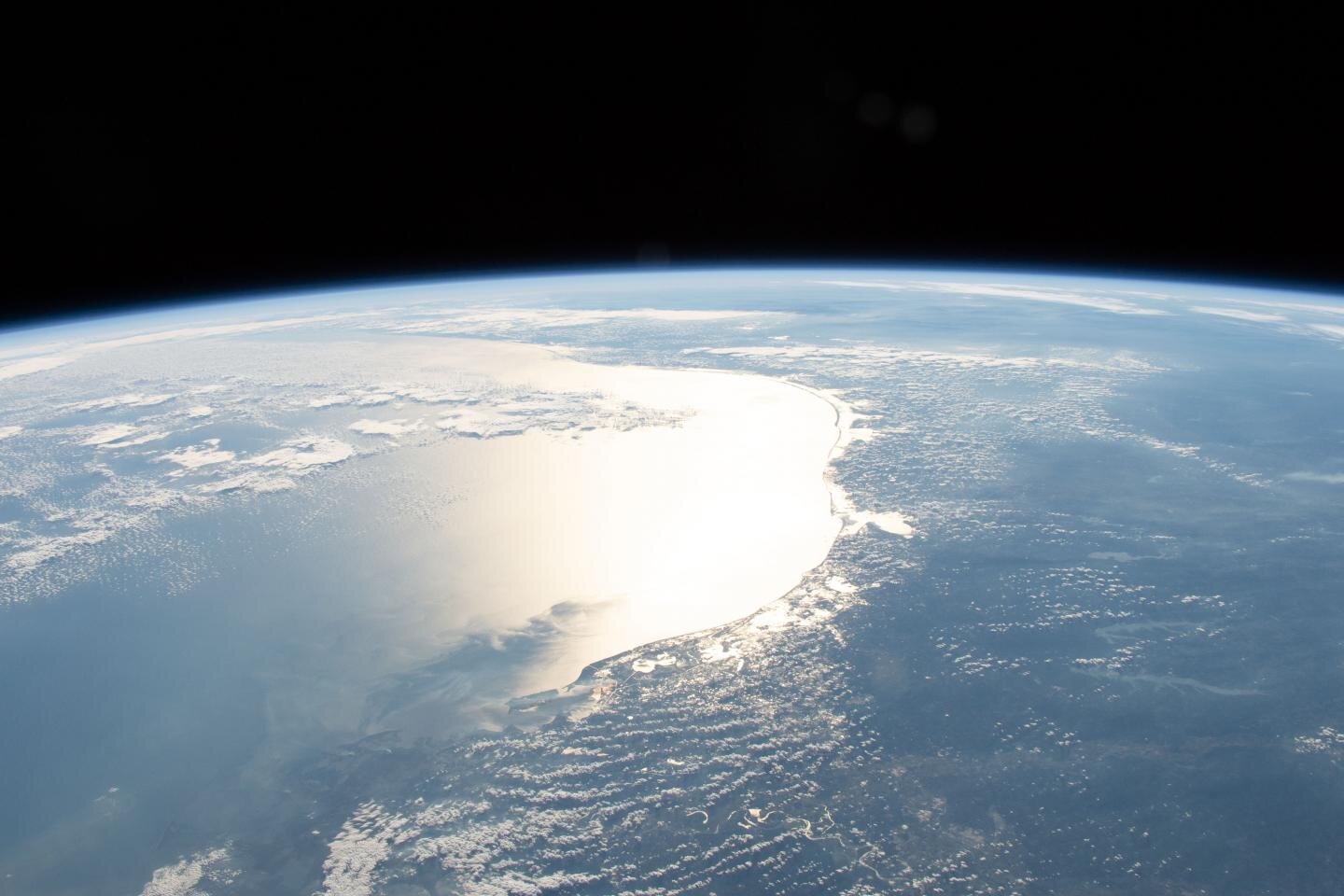