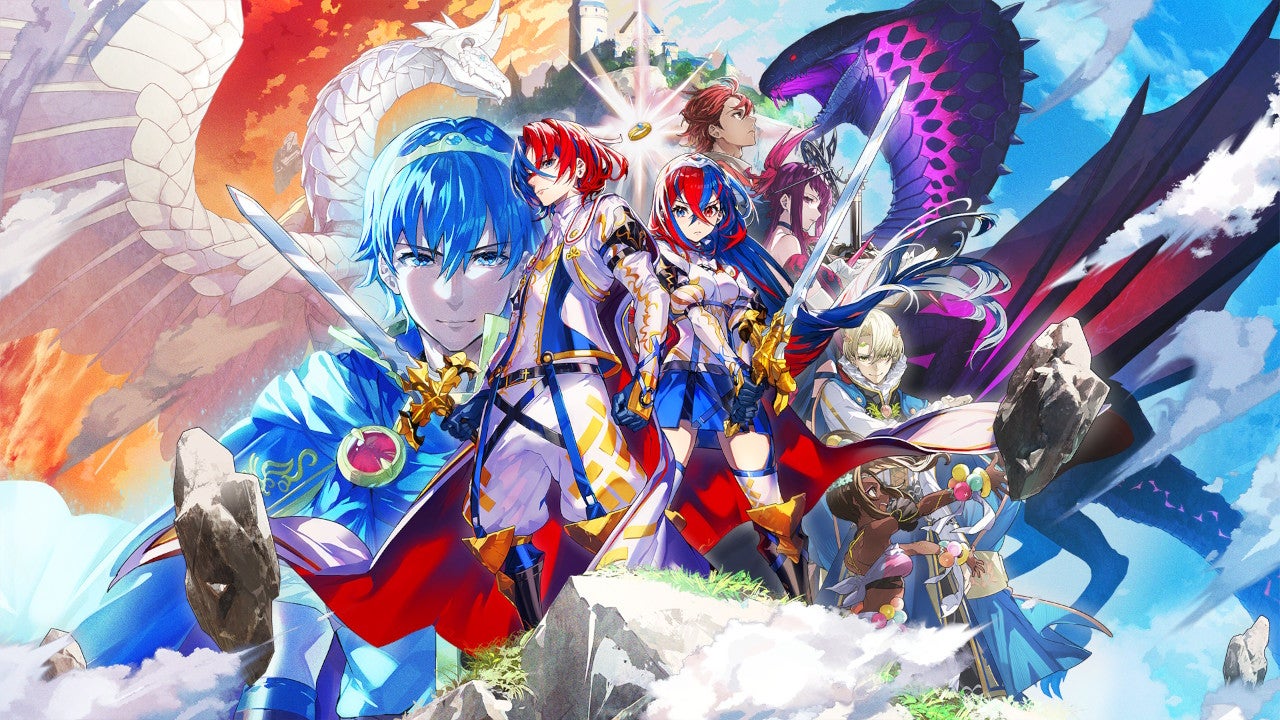 
Intelligent Systems has made some bold decisions with Fire Emblem Engage, and I’d argue they’ve mostly paid off. Diverging from one of this generation’s most acclaimed RPGs was always going to be risky, but Engage takes inspiration from older entries while retaining Three House’s social mechanics so what’s here feels more like a sidestep than the next giant leap. This is an exciting bridge between modern and classic Fire Emblem – one that needs a more enticing story, perhaps, but most importantly there’s a robust tactical RPG underneath.

Engage is impossible to assess without comparisons to its predecessors thanks to its premise. 12 of Fire Emblem’s most famous protagonists are back for one last adventure, each representing a main entry from a series whose history stretches back over 30 years. Unlike in the 2017 mobile spin-off, Heroes, you aren’t directly summoning them into this world. Each lord’s spirit is instead housed within an Emblem ring, granting the wielder significant power. As the Divine Dragon Alear, you’re tasked with recovering the 12 rings, which form the centre of a new conflict with the Fell Dragon, Sombron.

We’re back to a singular narrative in Fire Emblem Engage; there are no branching paths, crucial decisions and not even a humorous response to an inconsequential question. My free time is thankful, yet this also feels like a step back. Engage’s story isn’t bad by any means; it just lacks that nuance and moral ambiguity which helped Three Houses thrive. Comparatively, events and character motivations are very black-and-white. Tired tropes like an amnesiac protagonist facing an ancient returning evil don’t do this any favours, either.

It’s often predictable, but Fire Emblem Engage is helped along by some sharp character writing. Alear’s garish hairstyle might diminish the dramatic impact of some scenes, yet this doesn’t stop them from being a caring, charismatic leader. A strong group of supporting characters reinforces this, too. Some are clearly written to fit a specific personality – the cute one, a fitness fanatic, an alpaca enthusiast, you know the drill – but none of the major players are particularly dull, and I remained invested throughout.

Between each chapter, I’m reminded structurally of the 2012 3DS entry Awakening. You’ll traverse an explorable overworld map, choosing the chapter’s primary mission, a paralogue for side content, or maybe a quick skirmish to level up your units. Fights at an allied stronghold become a training session instead, and those award bonus EXP to all surviving units like Shadows of Valentia. However, skirmishes are entirely optional, so nothing is impeding you from exploring.

No matter your pick, Engage doesn’t diverge from the combat basics. This is traditional turn-based tactical combat wherein you’re eliminating individual commanders or routing enemy forces. Weapons management feels scaled back, thanks to Engage removing weapon and magic tome durability, but staffs remain limited. Battalions are also out, though Emblems more than compensate for this, and mistakes remain reversible by rewinding time.

You’ll find some classic touches, too. Select units can be recruited mid-battle if the right person speaks to them, or by completing certain paralogues. After disappearing in Echoes and Three Houses, the weapons triangle returns with a fresh twist. Hitting enemies with the correct weapon now inflicts breaks, which prevents them from counterattacking. Great for picking off individual foes but it cuts both ways, so don’t get careless.

They’re all welcome changes, but what truly elevates Engage’s combat are its Emblems. Units paired with a ring can select ‘Engage’ to channel these ghostly lords, granting them new weapons and skills across several turns, alongside unique abilities that offer distinct tactical advantages. Eirika’s Twin Strike uses both a sword and lance to subvert the triangle, while Corrin’s Torrential Roar can flood an area to reduce an enemy’s evasion. Emblems provide units significant versatility without mandating a full class change or further overstacking an already sizable roster.

One of my highlights of Fire Emblem Engage comes after each fight when Alear can freely explore the battlefield. Chatting with allies offers unique perspectives on what unfolded, self-praise for their performance, or questions about why you’ve not deployed them recently. Items are scattered about, there’s local NPCs, and adoptable animals for your base. Engage’s worldbuilding is often subtle but usually sticks the landing, and these segments are a fine showcase for the improved visuals. Everything looks cleaner, the environments are more detailed, and a pleasant soundtrack backs that up.

Once you’re finished taking in the local sights, you have a choice. Return to the world map and continue fighting or visit The Somniel, a beautiful airborne base best described as Garreg Mach stripped of its school. Activities like fishing and wyvern riding gradually open up, while the Tower of Trials contains Engage’s only semblance of online multiplayer. I couldn’t test these fully pre-launch , but there’s the option to create your own maps and fight another player’s army that should help add some appeal beyond the 40 hour campaign.

There’s plenty of meat to that campaign too. Support conversations are back, and Alear can increase a unit’s support through sharing meals, gift-giving, and during combat. This is often where Engage’s character writing shines, giving minor characters their moment, and yes, romance is back. This time, any ally with A-rank support has a special scene. I can’t confirm if your choice for Alear’s gender changes anything, but some scenes strengthen that existing friendship instead, which is lovely.

Supports extend to Emblems too, but they’re disappointingly slim. Usually, there’s a short line of dialogue each way, and that’s it. However, maxing out bonds unlocks special paralogues, effectively a tribute by recreating key scenes from a lord’s life. I won’t spoil these, though I enjoyed the self-reflection these moments provide. Crucially, Engage avoids detailing their history in the main story and saves that for these paralogues, making the nostalgia trips optional. For older fans, it feels like reminiscing with an old friend.

Intelligent Systems has crafted a culmination of Fire Emblem’s history, presenting a surprising blend that takes clear inspiration from both eras. While I miss the intrigue which made Three Houses’ main story so appealing, a compelling cast and sublime tactical gameplay see Fire Emblem Engage through. This is a fine RPG that further innovates an already rich combat system, and while long-term fans will get more from this, newcomers might be inspired to check out the rich history of this strategy series.