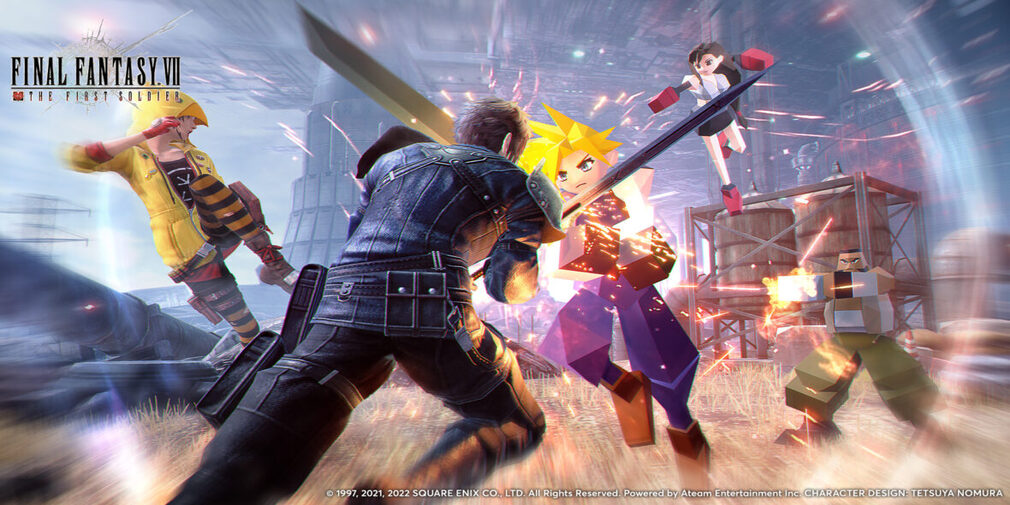 The Final Fantasy franchise has been around for over three decades, with countless hit games being created. From Arcade games to mobile to the latest consoles, every platform has been privy to an iteration of this massive franchise. One of the most popular titles in this series, Final Fantasy VII, will be celebrating its 25th anniversary this year. Square Enix is hosting a massive celebration via a livestream that should reveal a tonne of information about Square’s upcoming projects related to FF7. It is being theorised that FF7 Remake’s Part two will be shown, perhaps an announcement for the rumoured Crisis Core FF7 Remake, or even a look at the upcoming Final Fantasy VII Ever Crisis for mobile.

Enough speculation though. Currently, another mobile game, Final Fantasy VII The First Soldier is also celebrating its parent game’s 25th anniversary (once again). Back in February, The First Soldier collaborated with the original Final Fantasy VII to commemorate the milestone. The event brought the extremely beloved skins back to the battle royale, giving players a chance to dive into nostalgia once again.

While these character models are probably nothing compared to the current detailing in today’s skins, they carry a different kind of feeling with them, one that will probably be never replaced at least for fans who played the original FF7. Players can hop into the map with their favourite polygonal versions of Cloud with his Buster Sword, Tifa Lockhart, Aerith, Barret, Vincent, and the infamous antagonist, Sephiroth. All of these will be available in Premium Shinra Packs. On a slightly unrelated note, FF7TFS has also added to the game two new weapons – the Serpent Launcher and the Dual Wheeler.

In case you missed out on the collab in February, now’s your time to get your hands on these nostalgic skins by downloading Final Fantasy VII The First Soldier for free on the App Store and Google Play.

Also, check out the best battle royales to play on mobile!

Denial of responsibility! Gamers Greade is an automatic aggregator of the all world’s media. In each content, the hyperlink to the primary source is specified. All trademarks belong to their rightful owners, all materials to their authors. If you are the owner of the content and do not want us to publish your materials, please contact us by email – adm[email protected]. The content will be deleted within 24 hours.