FIFA 23 wants us to get excited about grass, and other matchday experience updates 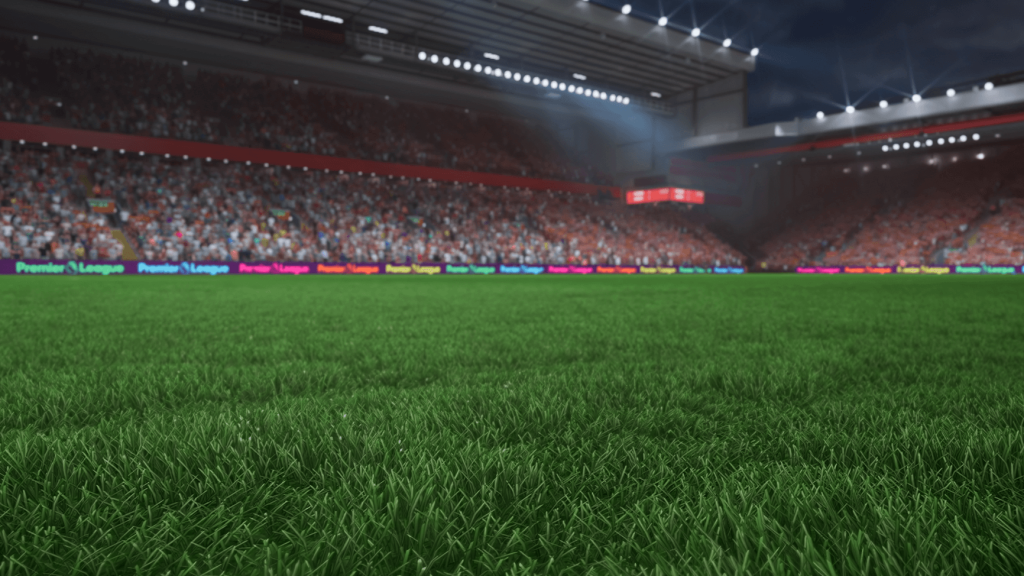 Among the stranger things FIFA 23 has announced in its presentation updates is the all-new hyper-realistic grass system. Yes, EA Sports now has a game engine to make grass look more grass-y.

EA just announced a wave of updates to the visuals, audio, and overall matchday experience, all of which add to the overall soccer showcase. It’s the cherry on the cake stuff, but it is stacking up to be the best-looking FIFA yet.

Missed out on the FIFA 23 news so far? Well, it’s the last FIFA before a name change, there’s a woman on the cover, Juventus are back, we got hands on with HyperMotion2, and you can finally play as Jurgen Klopp in Career Mode.

It’s serious business in FIFA 23. At the producer showcase at EA Vancouver last month, senior art director Fab Muoio spent a surprising amount of time talking about the all-new grass system. No longer a flat, carpet-looking field, we now have blades of moving grass that flow and degrade. Yes, it does look better.

Previously, to get a worn-looking pitch, so it looks like a plowed field on a rainy Tuesday in December, players would have to adjust a slider in the game settings, and that was your lot. With the new grass system, it breaks down as the game goes on.

A seemingly odd use of EA Sports’ resources, but with every game its objective is to make the game look and feel more like soccer, and with a more 3D pitch to play on, it achieves exactly that. It’s also worth remembering that EA Sports develops the Madden NFL series, and has a brand new PGA Tour game coming out in 2023, so new grass benefits sports fans across games.

In our hands-on preview, it was satisfying to use the new hard slide tackle and churn up the pitch, leaving it scarred for the rest of the match. It also takes a beating if you hit a classic knee slide celebration after scoring. Groundspeople, look away…

Developers have also injected some more life into the crowds on FIFA 23, and they look better than ever. True to life might be a stretch too far, but they are much more in sync with the gameplay now, reacting to big moments on the field. The fans are in better sync with the chants than in past installments, with the claps now landing on the note.

Particularly impressive is the famous Poznan celebration, with fans linked together jumping with their backs to the pitch. In-game since FIFA 15 but rarely seen, we hope these advanced new crowds do the Poznan more.

Goal nets have finally been upgraded from 2D to 3D. Yes, we had 2D elements in FIFA for this long. Another marginal change, but all of these little tweaks add up to something that overall looks more like soccer, and that’s EA Sports’ objective with every bit of development.

Augmented reality overlays are now used more and more in broadcast, and they’re coming to FIFA for the first time. Replay intelligence ensures you see the best angles of your worldie goals, and the AR additions like match stats and distance hit look seriously Hollywood. Combined with HyperMotion2 improvements to player movement (right down to ankles bending on impact), FIFA has never looked better at goal time. If you’re not one to skip celebrations and replays with L1+R1/LB+RB, enjoy!

These developments also come across to a new HUD on the redesigned free kicks, showing xG, distance and better player profiles when selecting your taker. 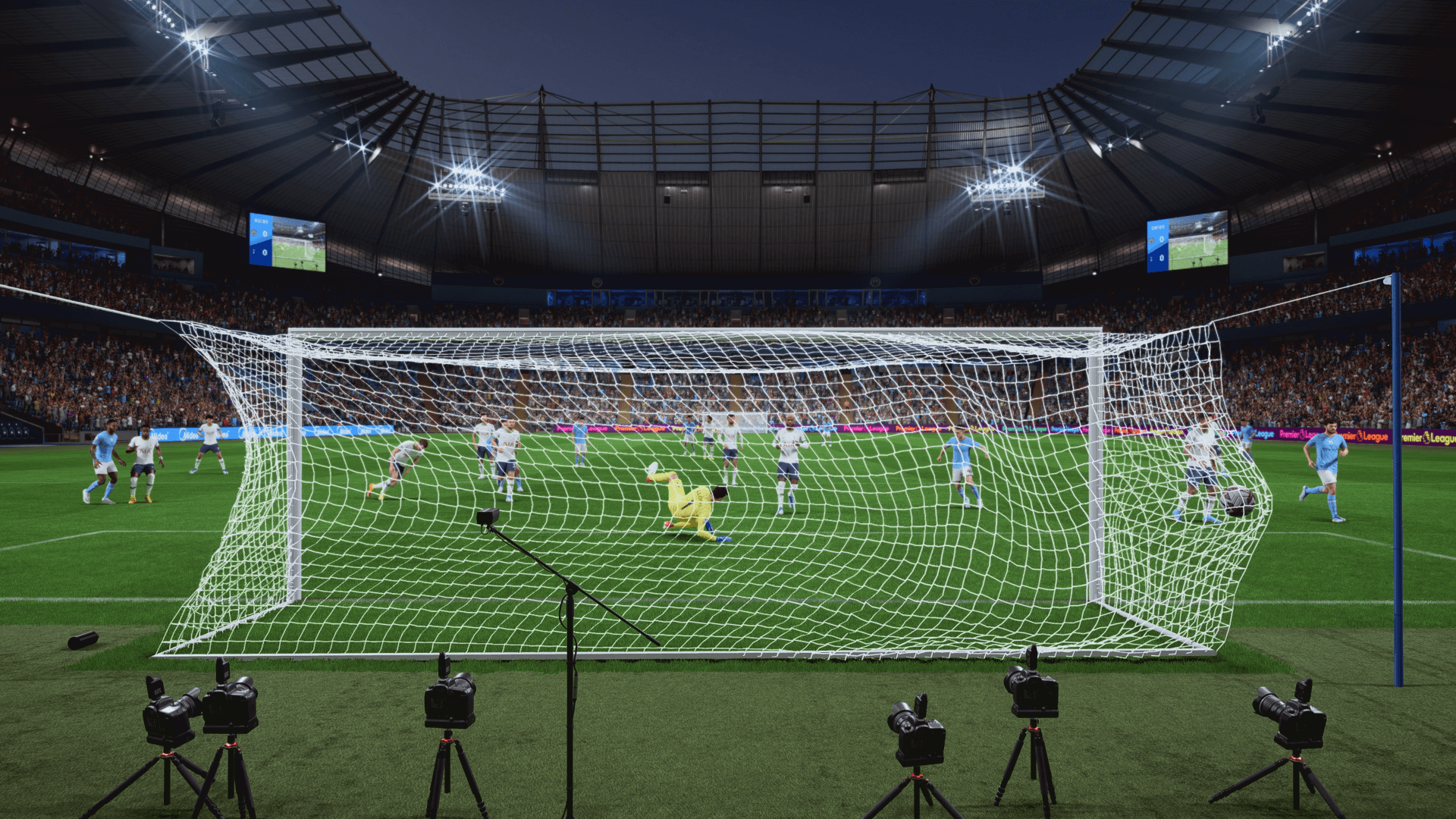 Of course, with any involvement HyperMotion2 has in matchday presentation, it does exclude players on last gen consoles. Sorry PS4, Xbox One, and Nintendo Switch players.

Over the course of a game cycle, the match presentation can get tired and repetitive. It’s had a much-requested refresh with new animations, cutscenes and overall delivery to bring the game into your home.

As FIFA 23 finally introduces women’s club football, the developer has confirmed that there’s a full, authentic match presentation for both Women’s Super League and Division 1 Féminine matches. A Serie A package is also on the additions list, for fans of Italian football.

The pre match sizzle has been refreshed to build anticipation before big matches. Some very slick looking drone shots from outside the ground are now narrated by Derek Rae and Alex Scott. 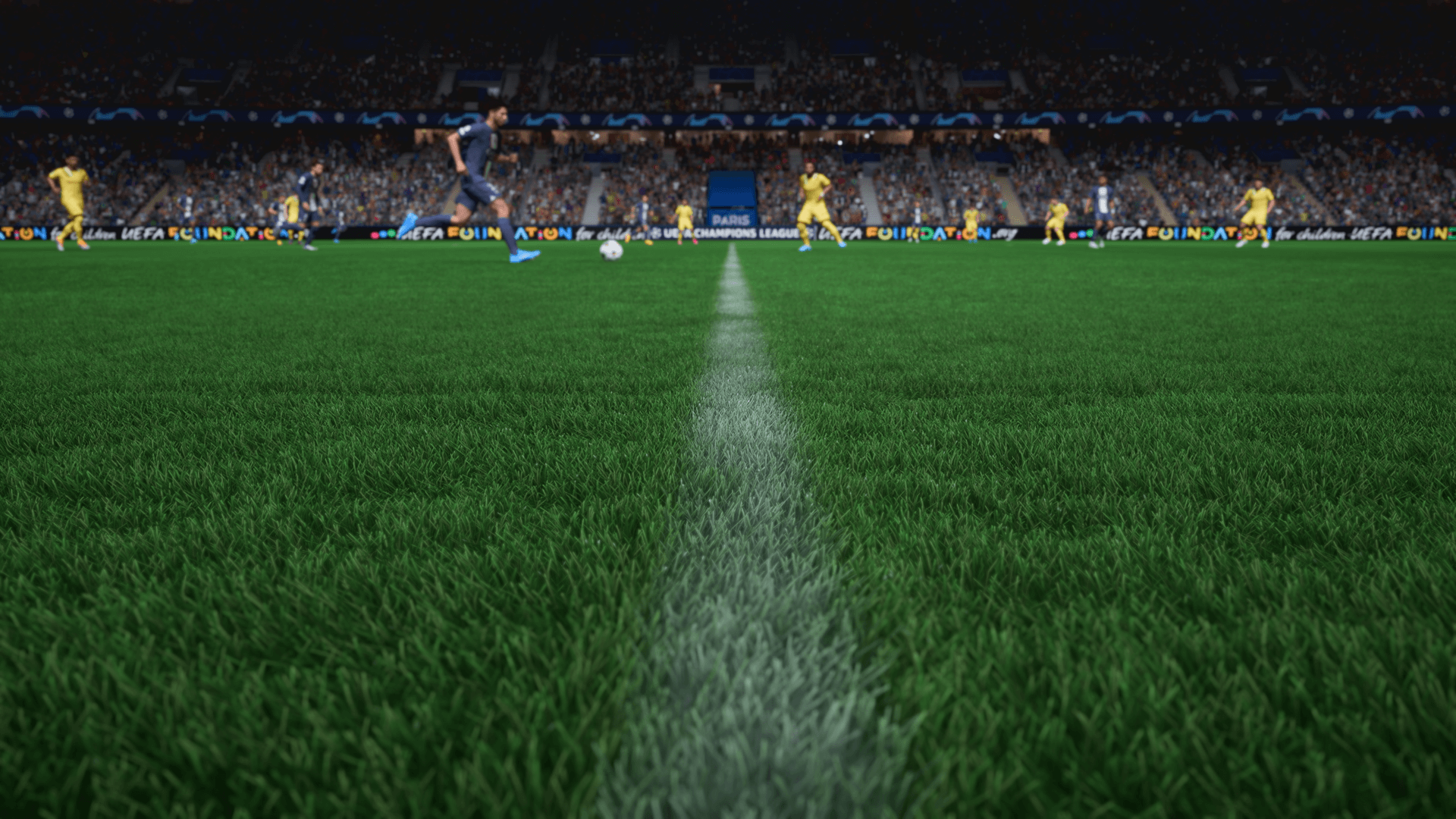 FIFA has had some legendary soundtracks over the years, and now it’s time to make your own.

Mix your own game with stadium noise, commentary and for the first time in a FIFA, your own uploaded EA Trax into the game. For those that don’t want full immersion on match day and just want to chill, listen to some tunes and kick a ball around, now you can add your own music to FIFA 23 and have it playing during gameplay, without commentary.

Derek Rae and Stewart Robson remain in charge of English match commentary, with Alex Scott chipping in more on comms than in FIFA 22.

Love a sing song at the game? 500+ new chants have been added, too, along with even more pre-match anthems to walk out to.

On top of all that, in-game sounds like the ball hitting the posts have been re-recorded. If you’re playing FIFA 23 on PS5, you will hear game audio coming from the controller for the first time, including that crossbar smash. 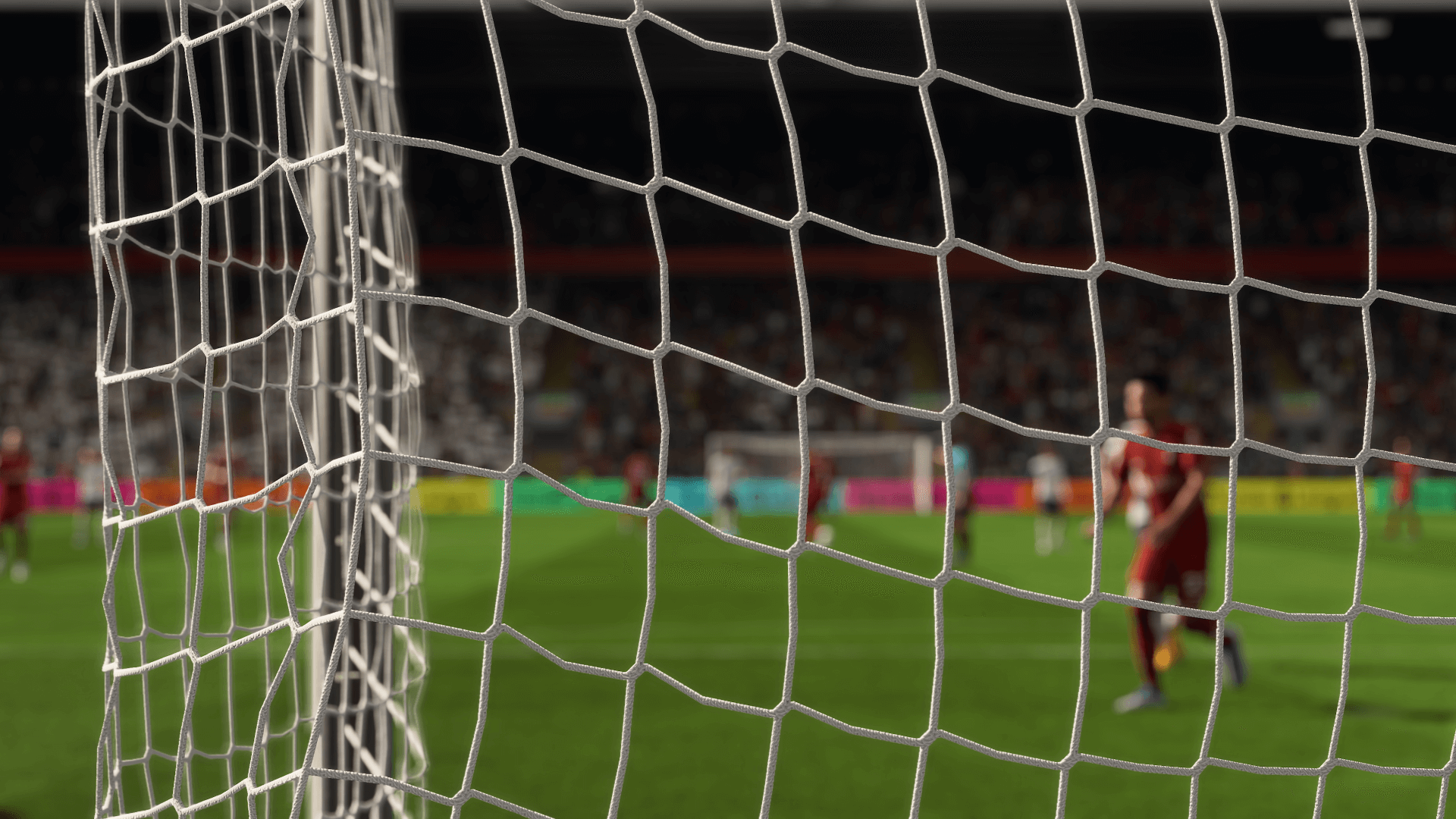 Overall, the atmosphere has improved. EA Sports is delivering the feel of watching a glitzy, primetime soccer match on TV. It doesn’t feel like being at the stadium, but until we get smellovision with stale beer and cheap burgers pumping out of the console, broadcast soccer will have to do. FIFA 23 is the ultimate armchair fan experience with their updates to the matchday experience.

Got EA Play? You can play FIFA 22 now for free, and get monthly in-game rewards and discounts when FIFA 23 drops.

Written by Alex Bugg on behalf of GLHF.