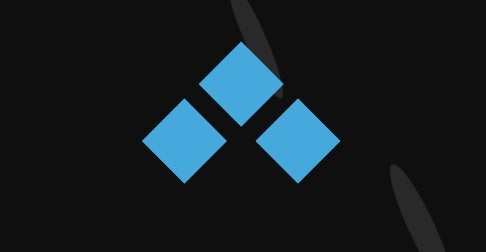 Chemistry in FIFA 23 works dramatically different to previous games in the series, but it remains one of the most important aspects of Ultimate Team you need to master.

We explain the FIFA 23 Chemistry changes, how Team Chemistry, Individual Chemistry and FUT Chemistry now works, and how to increase Chemistry in FIFA 23.

EA took inspiration from Liverpool’s groundbreaking full back pair of Trent Alexander-Arnold and Andy Robertson, who often assist each other despite playing on opposite sides of the pitch.


As a result, FIFA 23 completely removes the negative impact to Attributes caused by low Chemistry. This means players will always play with at least their item’s Attributes. Chemistry is now additive only.


Overall Squad Chemistry has been ditched, which means you can focus on building the max Chemistry for each individual player. Instead, there is now a maximum Chemistry rating for your team of 33, which adds together all the individual scores.


As we’ve mentioned, positional links have been removed completely, which means players can now link and impact the Chemistry of the players in your starting 11 regardless of their position on the pitch. No more lines, FUT fans! In tandem with this, the loyalty system has been removed.

How to increase Chemistry in FIFA 23 in practice


Your focus should be on increasing the Chemistry of each individual player in your starting 11. Each player can gain up to three Chemistry Points (each player will have an individual Player Chemistry score of 0-3).


Here are the three primary factors that determine the Chemistry score for each player:


A player can only gain Chemistry and thus raise their score above zero when they are playing in their Preferred Position.


A player can only contribute to the Chemistry Thresholds for the squad when they are playing in their Preferred Position.


This brings us neatly on to Chemistry Thresholds.


A player in their Preferred Position adds one increment to their Club, Country/Region and League Chemistry Thresholds.


As you hit Chemistry Thresholds they trigger Chemistry Points to the associated players.


You can gain up to three Chemistry Points, depending on how many players in your starting 11 share the same Club, Country/Region or League.


Your manager contributes one Chemistry increment to all players in the starting 11 that either share the Country/Region or the League of the manager.

If you’re just getting started in FIFA 23, check out our Ultimate Team best starter teams page. You can improve your team by trading and spending FUT Coins – some of which can be earned by completing Milestone Objectives. It’s also a good idea to learn how Squad Battles and Champions work in FIFA 23.

Chemistry has been completely changed in FIFA 23 too and don’t forget about the wide variety of Skill Moves.

Finally, if you need help building the perfect team, we have pages on the best players overall, best Premier League players and fastest players. Along with FIFA 23’s wonderkids, best wingers, best midfielders and best defenders.


How FIFA 23 Chemistry works in practice


Here’s an example of how all this works in practice: going back to Liverpool’s Trent and Robertson, we need both players in their preferred position to earn any Chemistry or contribute to the team’s Chemistry. That’s RB for Trent – slot him in there and he contributes one increment towards the Club Chemistry Threshold (nope, his default preferred position is not in midfield, where he sometimes ends up in real life!).


Now we’ve crossed the first Chemistry Threshold for Clubs, both players get one Chemistry Point each. You can see how many Chemistry Points a player has via the blue diamonds in the bottom left of the item.


In this way, Trent and Robertson are influencing each other’s Chemistry despite playing on opposite sides of the pitch – as they do in real life. The thing to remember about FIFA 23’s new Chemistry system is that no matter where you place a player in the starting 11, they can contribute.


You could also add two more players from England to grow the Chemistry for Trent hitting the first Country/Region Chemistry Threshold for England.


Or, you could add players from Scotland to grow the Chemistry for Robertson for hitting the first Country/Region Chemistry Threshold for Scotland.

How does Chemistry work with out of position players?


When you play a player out of position, they are at zero Chemistry and play at their FUT Item Attributes. You’ll see this via the yellow exclamation mark in the Chemistry Panel (see image below).


Base players now have a Preferred Position and up to three Alternative Positions, all of which are set.

How does Chemistry work with Icons?


Icons always have full Chemistry when played in the Preferred Position, regardless of the rest of the squad.


Icons also count as two increments towards their Country/Region’s Chemistry Threshold, which makes them particularly powerful for squad building.

How does Chemistry work with Heroes?