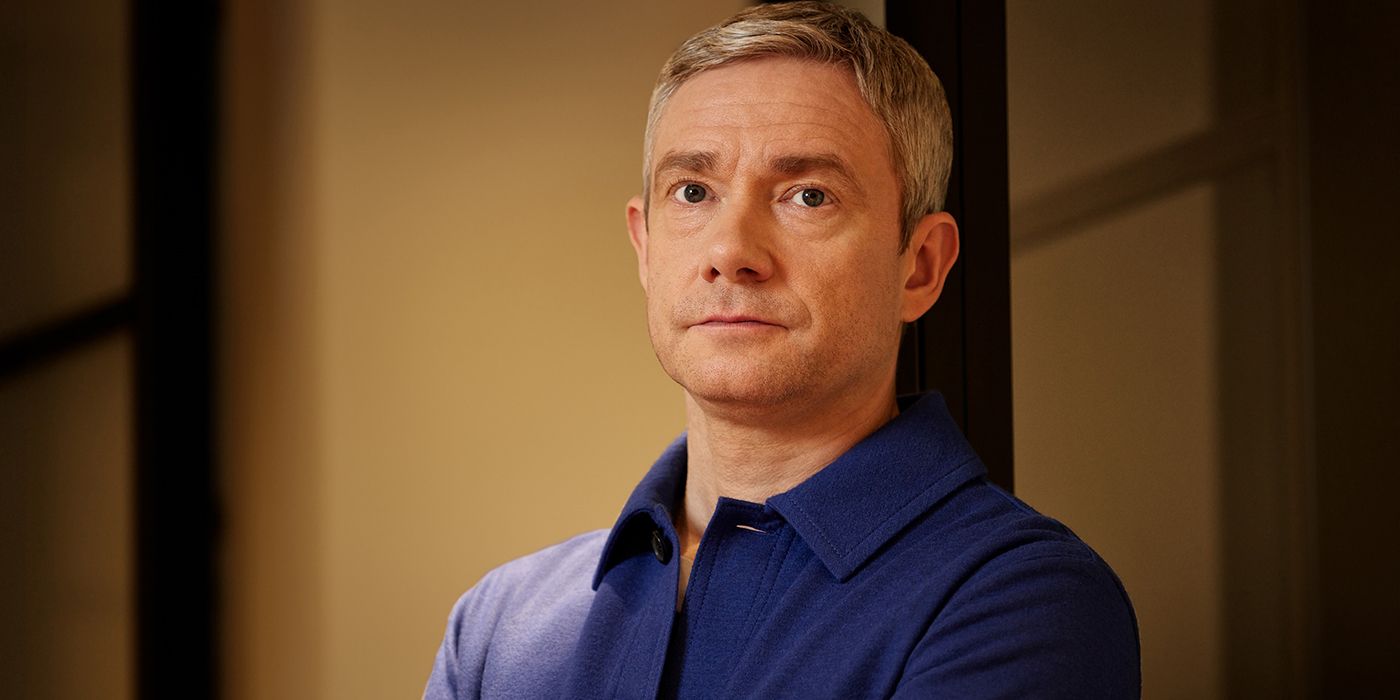 The Martin Freeman-starring dark family comedy Breeders, written by Chris Addison and Simon Blackwell inspired by Freeman’s own experiences as a dad, is back for a third season — and FX has just dropped a new trailer.

The third season picks up from a finale that saw bad dad protagonist Paul, played by Freeman, being smacked in the face by his teenage son (Alex Eastwood). And it looks like the familial strife is continuing with the new season: Paul and his wife Ally (Daisy Haggard) are falling apart, Paul could be dating another woman, and daughter Ava (Eve Prenelle)… has got her period.

Speaking to Collider last year, Freeman reflected on how his time on Breeders has affected his appreciation of, and approach to, his screen projects:

“It made me even more respectful of my profession. It made me even more respectful of the audition process that actors go through. What we put ourselves through makes you feel vulnerable and naked, going on tape, nowadays especially, to be judged by a panel of people. It reminded me of the necessary humility you need when you are making a judgment about somebody, and about why someone might be right for this but not right for that, or why someone is “better” for this part than somebody else, but you have to make those decisions because 43 people can’t play one part.”

RELATED: ‘Breeders’ Returns for Season 3 on FX Next Month

Freeman continued saying, “It’s a good reminder about people putting themselves on the line. I’m saying this in context with my industry. We’re not going down in the mines or fighting a war, but in my industry, there are still things that would scare most people and one of them is pretending to be somebody else while a lot of people judge you. That was a good reminder for me because I’ve not done that much auditioning recently. It reminded me of what that cost is.”

Breeders Season 3 returns on May 9. Catch the trailer below.

Here’s the official synopsis for Season 3 of Breeders:

“Breeders continues its bitter-sweet look at the struggles of modern parenthood. Season 3 starts days after Season 2 ended, as the Worsley family reels from teenaged Luke (Alex Eastwood) punching his dad, Paul (Martin Freeman). Paul’s moved out and is staying at his mother-in-law Leah’s (Stella Gonet) house. He should be lonely but actually the simpler life has its appeal. Eventually, though, amends with Luke must be made. Meanwhile Ally (Daisy Haggard) has her own problems – with work, with her early menopause and with her increasingly strained relationship with her newly adolescent daughter, Ava (Eve Prenelle). Gallows humor and large glasses of wine only go so far in quelling the angst…”

‘House Of The Dragon’ showrunner addresses whether young Rhaenyra and…

Vera’s Brenda Blethyn sparks frenzy as she confirms filming has…