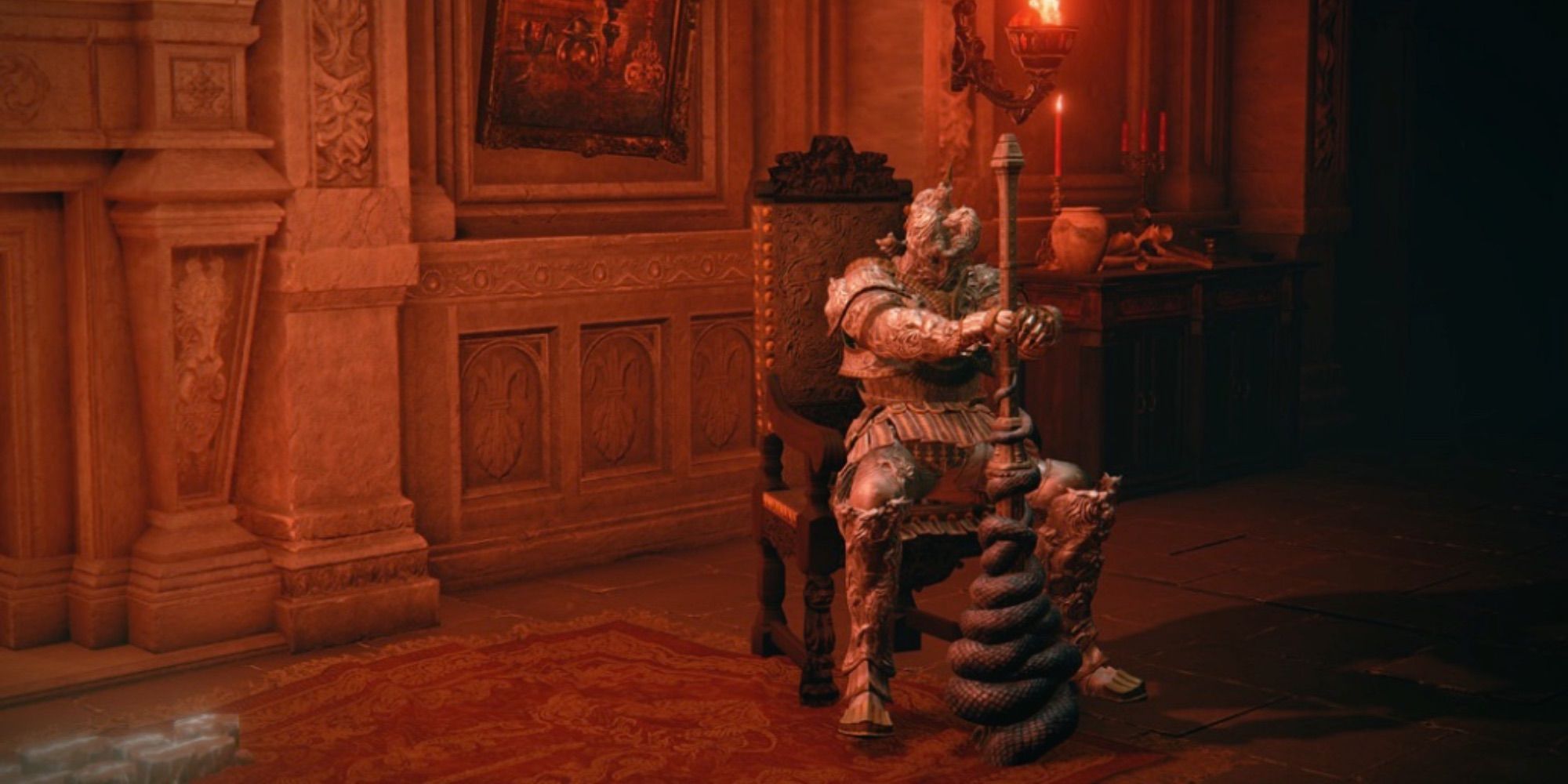 Prior to beginning this questline, players must have already joined the covenant in Volcano Manor. The easiest way of getting to this point is by helping Rya retrieve her stolen necklace and meeting her again in the Lux Ruins, where she will help the player get to Volcano Manor.

After arriving to Volcano Manor, players will need to speak to Tanith, a woman who is sitting in a chair. She will assign the player to various tasks after the player says “yes” to joining the covenant. Each task Tanith gives the player can be found in a letter on the edge of a table, next to the room where Tanith is.

Players will need to complete two assassinations for Tanith and speak to Recusant Bernahl. Additionally, players must make sure they have not killed Rykard, Lord of Blasphemy. Killing Rykard beforehand will ensure that these quests are useless, and players will not be able to progress. Players will also need to invade with Bernahl in Leyndell after obtaining 2 great runes. The Summon Sign will be in the center of the Roundtable Hold in Leyndell. Additionally and obviously, players will need to reframe from killing Knight Bernahl – this step comes later.

For those unaware, if they’ve killed Bernahl, he is initially located in the Warmaster’s Shack in central Stormhill. He used to serve as an Ash of War Merchant and sold various items in exchange for Runes. If players have bought things or interacted with most of the NPCs in that area, odds are, they have met Bernahl. It’s key to note that Bernahl moves throughout the map depending on the game’s progress. Going against any of these requirements will disallow players from progressing further, making Knight Bernahl’s questline null.

Return to Bernahl in Volcano Manor

After completing the invasion in Leyndell with Bernahl, return to him in the Volcano Manor. Bernahl will express that he had hoped the player would return, and gives the player the reward for the prior invasion, Gelmur’s Fury. However, this entire step will be skipped and unavailable if the player has previously cleared Crumbling Farum Azula.

In Crumbling Farum Azula, players can now summon Bernahl during the Godskin Duo Fight. Bernahl’s Summon Sign can be found if players start at the Dragon Temple Transept site of grace, and they traverse up the narrow, staircase.

RELATED: Elden Ring: How To Get The Sacred Relic Sword

After the player has killed Rykard and the Volcano Manor is hollowed out, Bernahl will be able to invade Crumbling Farum Azula. Players can get to where he’s at by going beside the Great Bridge and turn towards the Dragon Temple located in the north. Players will need to go inside the temple and head to the eastern lone tower. Bernahl will then invade by the door. This invasion can occur even if the player has overcompensated the story and defeated all the bosses in Crumbling Farum Azula. Bernahl will then drop his armor set, the Blasphemous Claw item, and the Devourer’s Scepter.

NEXT: Elden Ring: How To Get Eleonora’s Poleblade

Roblox But Every Second You Grow Codes (November 2022)

The Bastard Son and the Devil Himself Season 1…