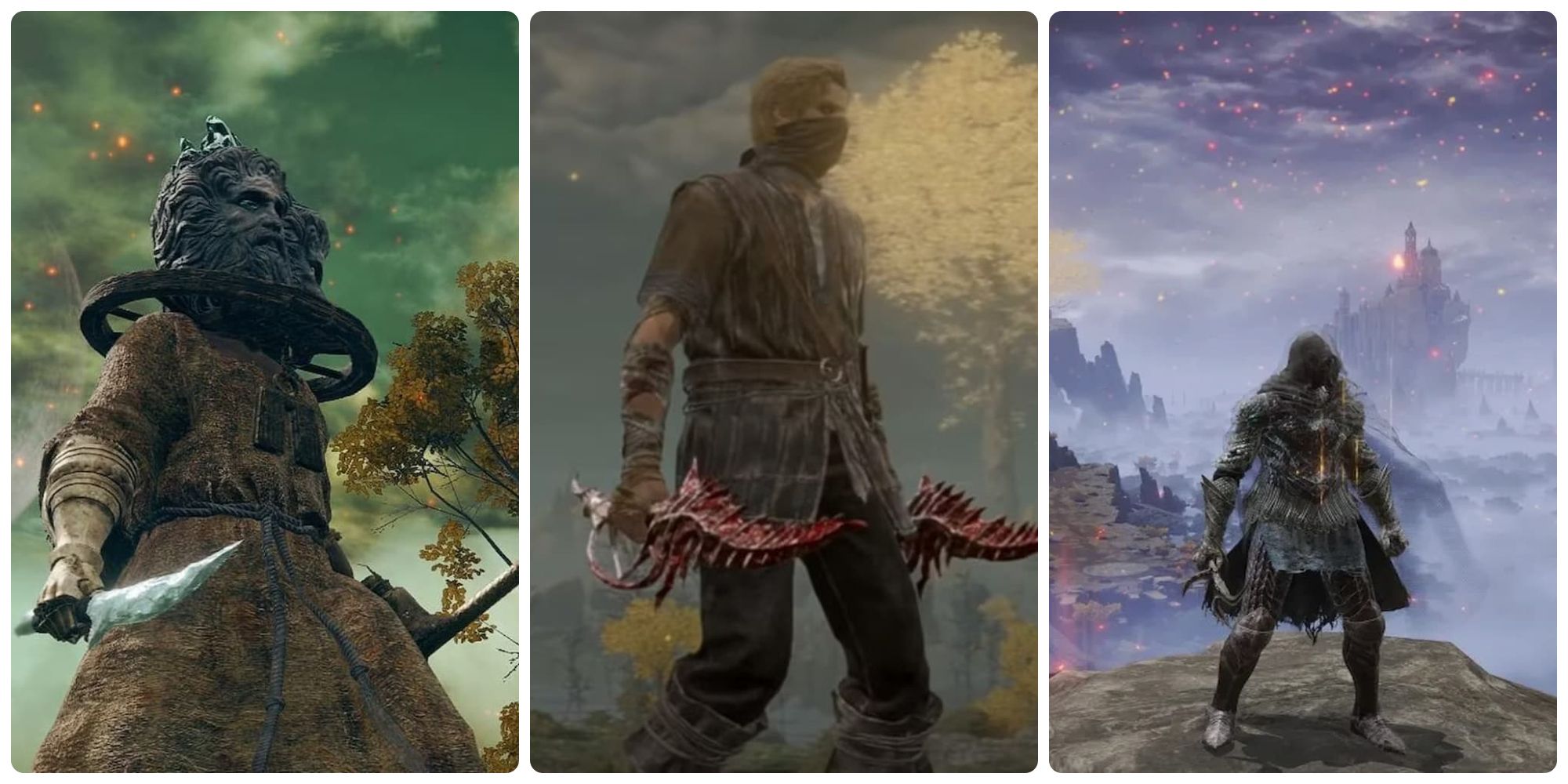 Daggers are one of the many different weapon types available for players to find and master in Elden Ring. Daggers are often associated with massive backstabbing instakills or a flurry of blows that will whittle down even the tankiest of enemies. While daggers do require you to get up close and personal with your opponents, they are a great option.

Daggers often scale more from the player’s dexterity, and while they may not innately do a ton of damage, their quick attack speed makes up for the deficit. Many daggers also come with incredibly powerful skills that make them stand far above the rest, while others focus on dealing as much damage as possible.

The Wakizashi is one of the more basic daggers players can use, looking like a small katana, and can be powerstanced with katanas. This weapon requires 9 strength and 13 dexterity to wield, scaling most from players’ dexterity stat. This weapon also deals a bit of bleed build-up, but the quick hits allow this to make up for heavier-hitting bleed weapons.

This weapon comes with the skill Quickstep and can be infused with other ashes of war. It is pretty basic and can be modified to fit the player’s early game build, but a replacement should be looked for before spending too many upgrade items on it.

The Ivory Sickle does not offer any special bleed build-up, but it does additional magic damage along with its physical. This weapon requires 6 strength, 11 dexterity, and 13 intelligence to wield, scaling most of your intelligence and dexterity.

This weapon comes with the skill Quickstep but cannot be infused with other ashes of war. This skill lock holds this weapon back, as it’s not unique beyond its additional magic damage. Thanks to the low requirements, this is an excellent early-game intelligence scaling weapon for those looking for a weaker backup magic weapon if they have low intelligence.

The Celebrant’s Sickle doesn’t do much damage but does offer the usual Celebrant bonus of giving the player additional runes on a hit. This weapon requires 6 strength and 11 dexterity to wield and scales quite well of the player’s dexterity stat.

This weapon comes with the skill Quickstep and can be infused with other ashes of war. Each successfully hit with this weapon gives the player an additional 10 runes. Being a dagger, it has a very fast attack speed, resulting in a high net gain of additional runes. This weapon also has incredibly low requirements to use and can be used by most players for the rune bonus.

The Crystal Knife is another option that offers additional magic scaling, this time with a bigger bonus based on your intelligence skill. This weapon requires 8 strength, 12 dexterity, and 9 intelligence to wield, scaling best off your intelligence and moderately from your strength.

It comes with the skill Quickstep and can be infused with other ashes of war. This weapon is a rarity as its base intelligence scaling is higher than its scaling from other stats. With its already pretty high base physical damage, intelligence builds can see this dagger doing a significant amount of damage.

The Cinquedea has one of the highest base damages of any dagger and also offers a boost in damage for bestial incantations when equipped. This weapon requires 10 strength and 10 dexterity and is one of the few daggers that scales quite well form your strength more than your dexterity.

This weapon comes with the skill Quickstep and cannot be infused with other ashes of war. When this weapon is equipped, it offers a slight boost in damage to bestial incantations, which already do incredibly decent amounts of damage. Paired with this dagger’s high damage, it is an excellent option for damage-oriented faith builds who wish to utilize beast incantations.

The Scorpion’s Stinger does a decent amount of damage and can leave enemies inflicted with scarlet rot. This weapon requires 6 strength and 12 dexterity to wield, scaling quite well off the player’s dexterity, leading to a noticeably high total damage output on top of its already higher base damage.

This weapon comes with the unique Repeating Thrust skill and cannot be infused with other ashes of war. While this skill isn’t incredible, it can help quickly apply scarlet rot on enemies, which is where the real power of this dagger lies. Even with the scarlet rot effect, this weapon deals decent damage for a dagger and is a great choice for dexterity builds.

The Glintstone Kirs normally fights like a regular knife, with the ability to shoot magic and imbue the blade with it for a follow-up attack. This weapon requires 5 strength, 12 dexterity, and 16 intelligence to wield, and scales best from your dexterity and intelligence.

While this weapon doesn’t do much damage, it stands out thanks to its unique skill Glintstone Dart. This is a two-part ability, with the first party firing off a small glintstone bolt from the dagger, and can be followed up with a glintstone imbued lunge toward your target. The dart only deals magic damage, while the subsequent lunge deals physical and magic damage.

The Blade of Calling does a decent amount of physical damage while also doing a moderate amount of holy damage with its regular attacks. This weapon requires 6 strength, 13 dexterity, and 15 faith to use, scaling most from the player’s faith and a bit less from their dexterity.

This weapon comes with the unique skill Blade Of Gold. This ability can be a great ranged option that also deals purely holy damage on your enemies. This skill’s initial spin of holy flames and jump in the air is also an excellent tool for getting players out of tight situations where they may be surrounded.

This weapon looks not only cool, but also has deep lore implications to the Night Of The Black Knives, dealing almost equal parts physical and holy damage. This weapon requires 8 strength, 12 dexterity, and 18 faith to wield, scaling most from the player’s dexterity and a moderate amount from faith.

The Reduvia is a bleed-focused weapon, focusing on causing a bleed on your enemies and finishing them with the powerful status effect. This weapon requires 5 strength, 13 dexterity, and 13 arcane, scaling most from the player’s arcane and only decently from their dexterity. While this weapon does deal decent damage, its best focus is its bleed effect.

This weapon comes with the unique skill Reduvia Blood Blade and cannot be infused with other ashes of war. This skill fires multiple small arcs of blood blades at your enemies, damaging them and greatly increasing their bleed status build-up. These blades can be fired quickly, allowing players to quickly capitalize and affect their enemies with high amounts of bleed damage, making it one of the best arcane weapons in the game.