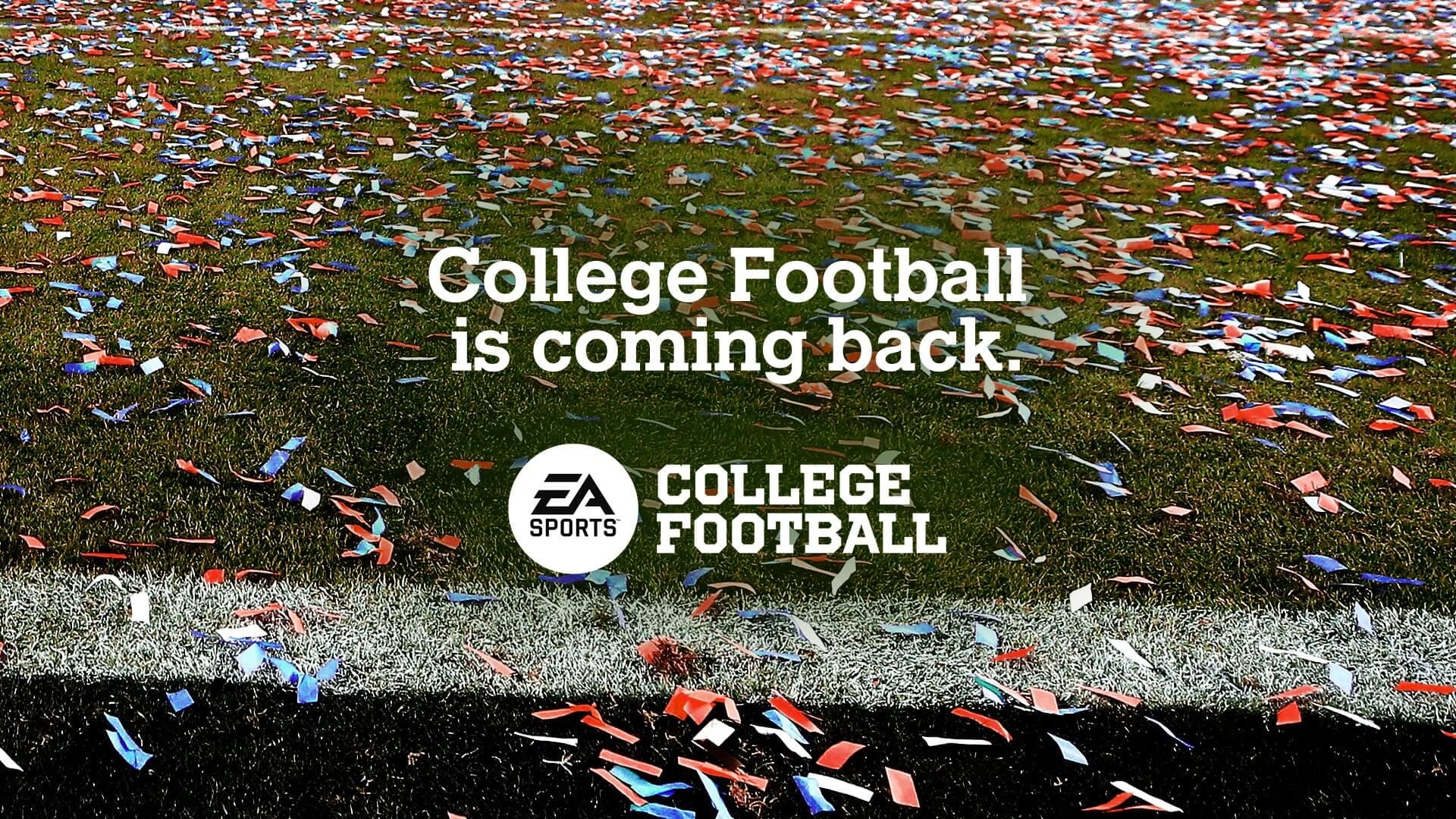 The upcoming EA Sports College Football revival game is apparently still targeting a summer 2023 release window. We haven’t heard much about the game since it was revealed last year, but a trusted analyst has revealed that the release date is still on track.

What do we know about the new EA Sports College Football game?

EA originally set out a tentative July 2023 release window for EA Sports College Football in early 2021, and according to new records uncovered by Brown dated February this year, that launch window remains in place. Brown says he’s seen “some graphics floating around social media” that might suggest a release window of winter 2023, but he says “every document I have inspected”, as well as talks he’s had with inside sources, confirm a July 2023 release window. It looks like if you’re hoping for EA Sports College Football to launch next year, you’re in luck, although plans might change before then, of course.

What are EA’s plans for EA Sports College Football?

It looks like EA Sports is looking to build an eponymous EA Sports game series; the naming of EA Sports College Football coincides with the renaming of FIFA to EA Sports FC, although EA hasn’t announced any renaming plans for its other sports titles just yet. Brown says that EA is planning a FIFA-style Ultimate Team mode for EA Sports College Football, too, further suggesting a unified front. The Dynasty mode will also be part of the game “in some capacity”, according to Brown, and EA is apparently taking its approach to authentic college football “very seriously”. Other than that, we don’t know too much about the gameplay for the game just yet.

Brown and Extra Points also say that EA is currently casting around for authentic school band songs, chants, and crowd cheers. EA says that if institutions can’t supply files as reference, they should “provide the text of the chant” and anything EA might need to try and recreate the chant without audio. It really does look like EA is serious about making an authentic college football experience. The CLC says it’s currently secured the participation of “nearly 120 institutions, athletic conferences and bowl games” on a “conceptual” level, so it sounds like there are still some things to take care of before College Football is fully ready.

One apparent wrinkle with building an authentic EA Sports College Football game is acquiring player likenesses. As Brown points out, there’s no college football group licensing unit, but plans to create one are apparently underway. Brown calls the chances of EA not being able to secure player likenesses “very unlikely”, but if the studio isn’t able to license players, then the game may launch without a full roster of actual players, and according to a document uncovered by Brown “such a game would also not include the ability to edit rosters”, meaning that unlike many other cases, players couldn’t create their own versions of the teams. It’s well worth checking out Brown’s full analysis of the current state of EA Sports College Football, because as ever, he’s an informative and entertaining source. We’ll bring you more on EA Sports College Football as soon as we get it.

Splatoon 3 teases one of its multiplayer maps, Mincemeat Metalworks