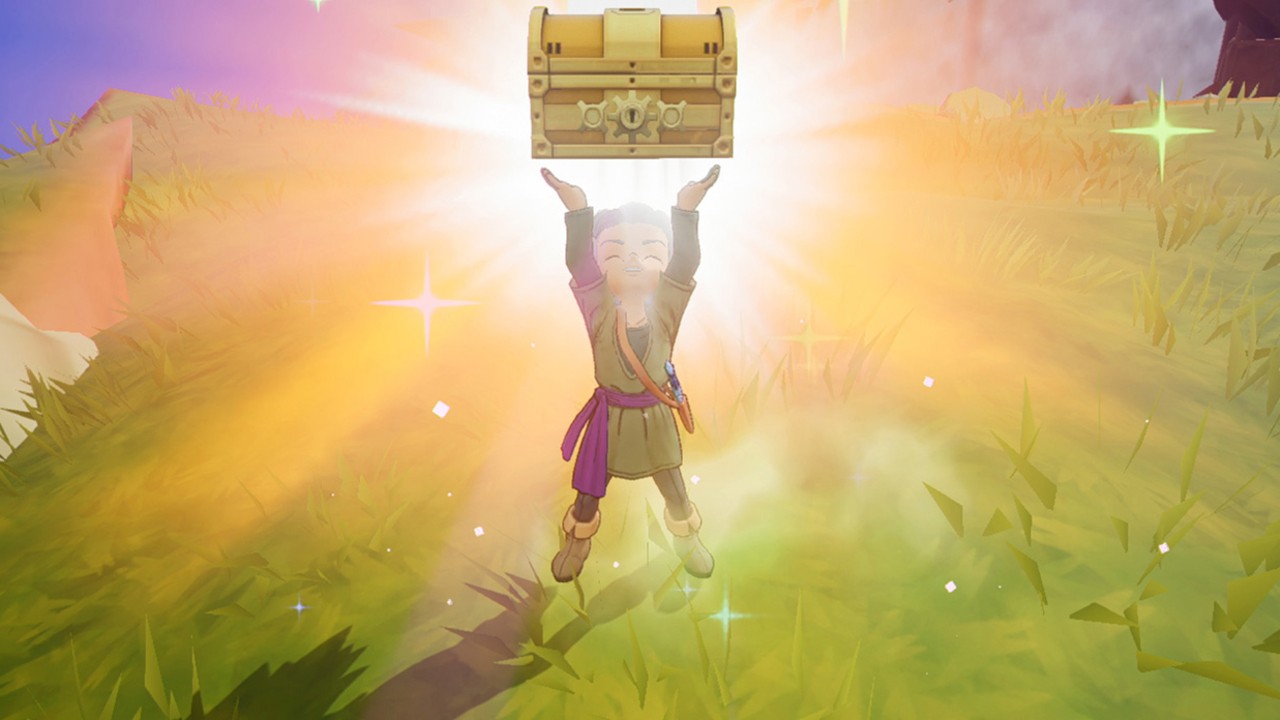 Square Enix has opened the doors to Dragon Quest Treasures pre-orders on their official webstore. The game is due to be released on December 9th, so keep your eyes peeled for other outlets beginning to turn to pre-sales in the coming months.

Enix’s opened availability was not without fanfare however, with the pre-order announcement being used to showcase the game’s pre-order bonuses as well as revealing yet more in-game screenshots (with the gallery of images released last month, we’re going to have seen the whole game come the winter months.)

The pre-order bonuses are currently limited to in-game extras only, so those waiting for Porcus and Purrsula merch will have to hold out a little bit longer we’re afraid. Seemingly focussed on helping pre-ordering customers in their treasure hunting journey, the digital bonuses are as follows:

As for the new screenshots, Square Enix have continued to share more examples of the game in action. We have collected some of our favourite fresh images below, but check out Go Nintendo’s article for a full rundown of the 27 (yes, twenty seven) new snaps.

Does this latest reveal have you rushing to pre-order Dragon Quest Treasures? Let us know in the comments!