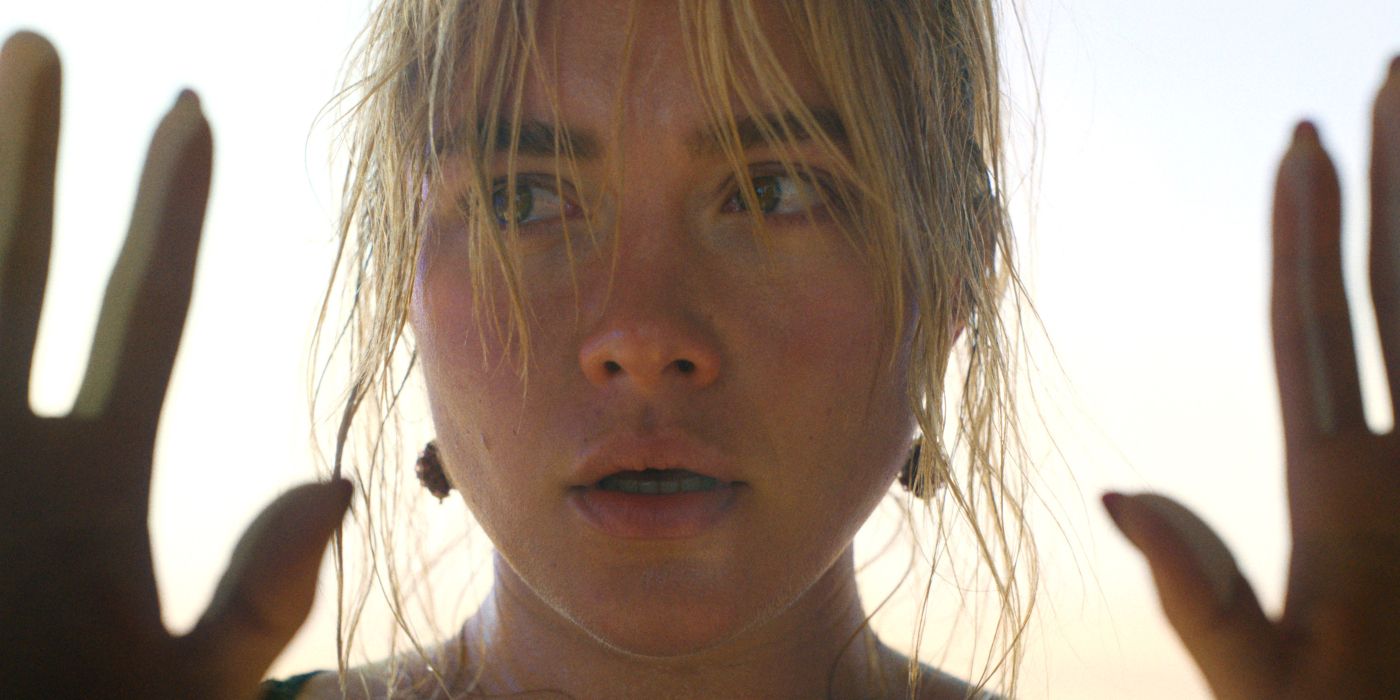 Neither spit nor silly controversies could deter director Olivia Wilde’s Don’t Worry Darling from taking the top spot in its debut weekend at the domestic box office. The psychological thriller is estimated to have made a healthy $19.2 million in its first three days (including Thursday previews), despite a so-so B- CinemaScore from opening day audiences and mostly negative reviews. Younger audiences, however, were significantly kinder to the film.

The Stepford Wives-adjacent movie premiered at the recent Venice Film Festival amid major scrutiny over the supposed drama that transpired behind the scenes between Wilde and her star, Florence Pugh. Pugh skipped the Venice press conference for the film, although she did make a splashy appearance on the red carpet. She also provided a much-needed (and much-anticipated) boost for the film on social media this past week, after mysteriously staying mum about it for weeks. It should be noted that Wilde has had nothing but nice things to say about the star.

The concerning reviews and audience reactions could prove to be a hurdle for the film in the long run, though. The $35 million original film, which has made an additional $10 million from overseas territories so far, is playing in over 4,100 North American theaters and has attracted a predominantly female crowd. Don’t Worry Darling also stars Chris Pine, Gemma Chan, KiKi Layne, Nick Kroll, and Kate Berlant.

Last week’s champion, director Gina Prince-Bythewood’s The Woman King, dropped by just 40% in its second weekend, for an estimated $11.14 million. This takes the film’s running domestic total to $36.2 million. Produced on a reported budget of $50 million, the well-received historical drama is targeting the same demographic as Don’t Worry Darling but could prove to be a sleeper hit in the long run.

Disney’s re-release of James Cameron’s Avatar took the third spot with an estimated $10 million. The most successful film in history has now made just under $770 million domestically, the fourth-largest haul of all time, behind Spider-Man: No Way Home ($814 million), Avengers: Endgame ($858 million), and Star Wars: The Force Awakens ($956 million). The film is playing in over 1,800 mostly IMAX venues, drumming up anticipation for December’s long-awaited sequel, Avatar: The Way of Water. Worldwide, Avatar remains the highest-grossing film of all time (unadjusted for inflation, of course) with $2.87 billion. Incidentally, both Don’t Worry Darling and the Avatar re-issue ended up earning around $30 million globally this weekend. Make of that what you will, but it’s clear that all that chatter about Cameron’s space epic having evaporated from public consciousness is unfounded.

The fourth and fifth spots this weekend were claimed by two horror films — 20th Century Studios’ buzzy Barbarian, and A24’s period prequel Pearl. While Barbarian is estimated to have made $4.75 million in its third weekend, director Ti West’s Pearl made $1.9 million in its sophomore bow. Pearl has now made $7 million domestically, while Barbarian is knocking at the door of $30 million.

Next weekend will see the release of Universal’s well-reviewed Bros, described as the “first gay romantic comedy from a major studio featuring an entirely LGBTQ principal cast.” You can watch the Don’t Worry Darling trailer here, and stay tuned to Collider for more updates.