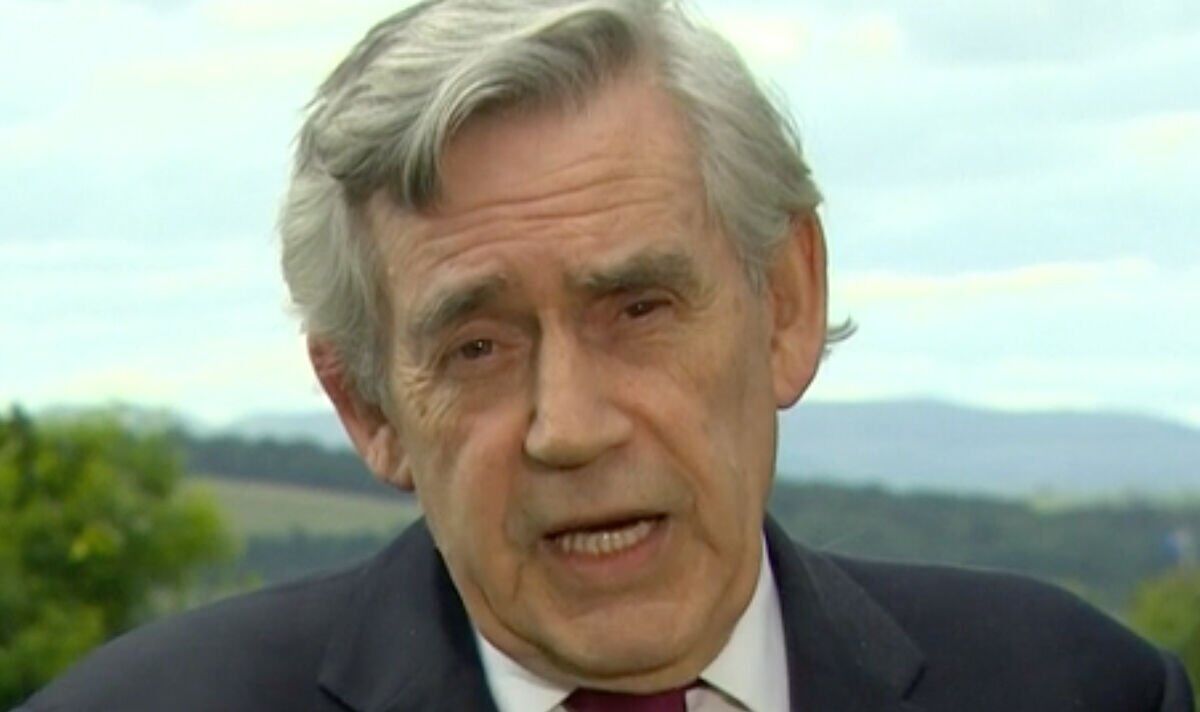 With the cost of living crisis continuing to grip families and people up and down the country, former prime minister and chancellor Gordon Brown joined Sophie Raworth on BBC’s Sunday Morning to share his thoughts on the government’s handling of the crisis. The former Labour leader pulled no punches as he shared his worrying predictions for the future if the government doesn’t take action – particularly by improving its trading relationships with others around the globe.

“You said in an article in the paper today that the country is facing a set of challenges similar to the 1930s, the so-called Devil’s Decade,” Raworth put to Brown during their interview.

“Do you really think it could be that bad here?” she quizzed, to which Brown replied: “Well, we’ve got protectionism, we’ve got a war in Europe, we’ve got a form of jingoism and nationalism in different countries pursuing their own selfish interests and we’re in danger of having a global recession.

“So we have to face up to these problems,” the former Labour leader went on.

“I say Churchill said that people at the time were resolved to be resolute and adamant for drift and solid for fluidity and all powerful for impotence, and that, I’m afraid, is where the world looks at the moment.

“When people say they don’t know what the plan is, that’s because there is no plan.

“We’ve got to get together and agree on how we can combat both the energy and food crisis initially and then get control of inflation.

“Now, there are domestic things we can do, we can come to that, but initially you need to get world leaders together.

“We did it before and we did it, of course, at other crucial times, facing multiple crises, and this is one of the biggest crises that the world has faced for many years.”

“The government really does need a plan. I am proposing a fourth budget, we’ve had three budgets this year.

“We need to do three things, first of all, we need to get inflation on a pathway towards stable prices and quite frankly the Bank of England has not done that.

“Secondly, the government has got to help ease family poverty because child poverty is going to go beyond five million if we don’t take further action.

“And thirdly, I think what people are really looking for is a plan for growth, to get out of this. A plan, an industry policy, Britain is one of few countries without a policy for industry.

“A trade policy, Michéal Martin just talked about this, we don’t have trade deal either with America or with Europe so in or out of Brexit we’ve really got to get our trading relationships sorted out.

“And we’ve got enormously good technology in IT and digital and environmental technology, and we really need to have a growth plan to come behind to show living standards can rise over the next few years and at the same time we can afford our public services.”

Brown added that without said plan, the government will continue to move from “crisis to crisis” and “scandal to scandal” before having “pain now and pain later”.

Sunday Morning airs Sundays at 9am on BBC One.

Overwatch 2 is Still Getting a Linear AAA Campaign, Replayable Mode for Hero Progress