Does Viserys Die In Episode 5 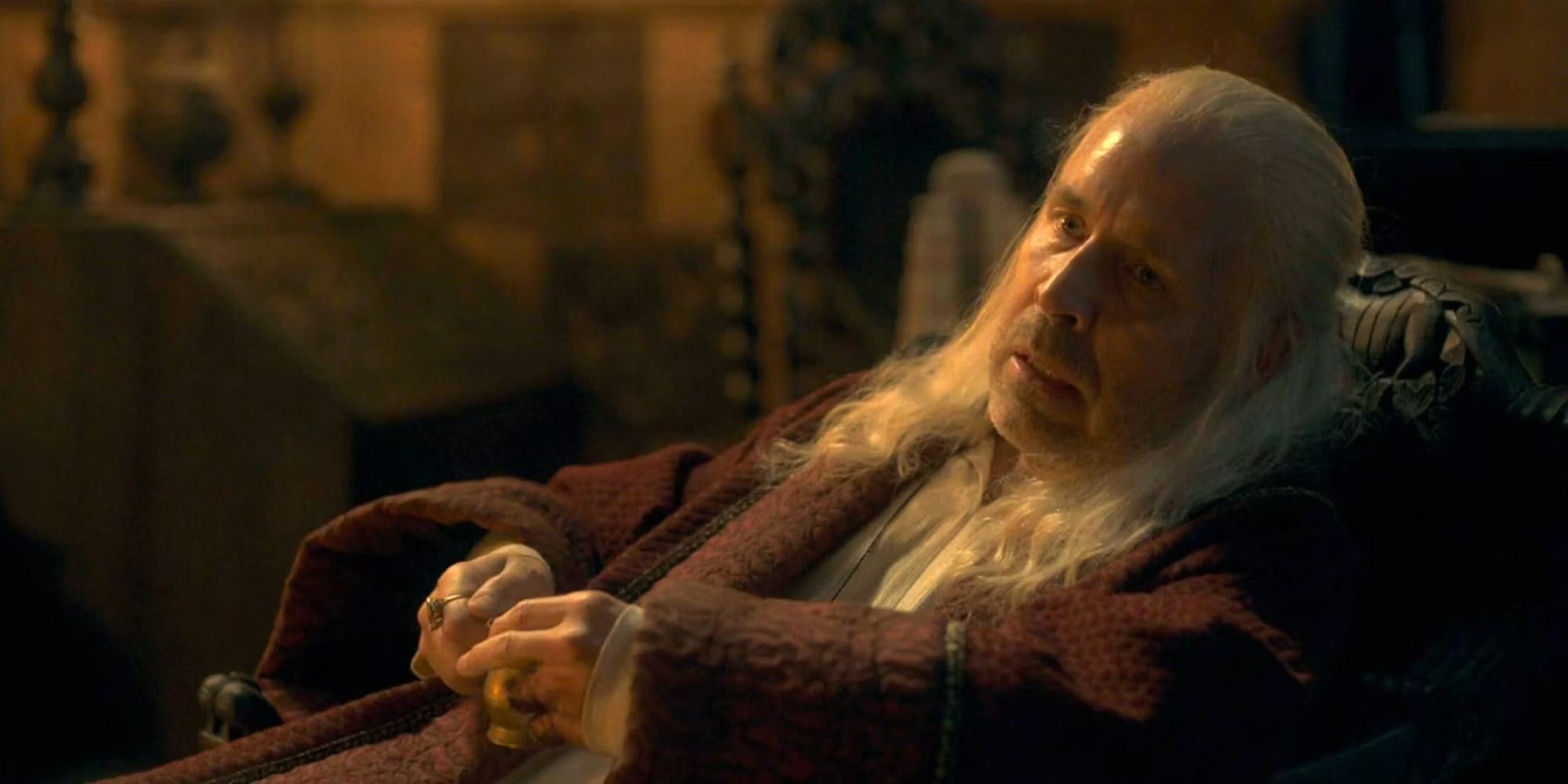 Viserys’ health seems detrimental, which questions his fate in the story.

Episode 5 of House of the Dragon was unarguably the best one till now. The show had a slow start, but it is finally starting to pick up, living up to its status as a Game of Thrones prequel. From political alliances to secret love affairs and ugly deaths, there was so much to look for in the new episode. But, one thing that has been dicey since the start is Viserys’ health. And this time, it’s become even more questionable.

RELATED: House Of The Dragon: Who Is Laenor Velaryon

After the incidents of episode 5, fans are wondering whether the Targaryen king will make it any further. And, even if he manages to survive, how long will he be able to last? Let’s explore the character’s fate.

Viserys’ health is declining with each passing day. At first, he just had a few cuts on his body, which possibly occurred because of sitting on the sharp and edgy Iron Throne. Then in episode four, he was shown to have developed some serious flesh-rotting wounds on his back, which were spreading all over his body. Now in the new episode, Viserys’ can be seen continuously throwing up, and he has also developed a severe cough. His hand can also be seen in an extremely rotten condition. Finally, at the end of the episode, he falls to the ground while Rhaenyra and Laenor are getting married, bringing his ultimate fate into question.

You must be wondering if he would be able to make it to the next episode or not. As confirmed in the preview of the upcoming episode, Viserys will make his appearance in episode 6. Not only that, we will witness a major time skip, watching our king grow old perfectly normally. Also, many new cast members, including the grown-up Prince Aegon, will join the show.

Unlike the TV series, Viserys never suffered any illness of this sort in the books. In fact, he’s one of those rare Targaryens who lived peacefully and died peacefully at the age of fifty-two. Viserys dies on the third day of the third moon in 129 AC while he is sleeping in King’s Landing. Alicent decided to keep his death a secret from the public for some time and even prohibited Septons and Silent Sisters from taking care of the body, which had started to rot.

As expected, the next heir to the throne becomes more questionable after his death, despite Viserys’ command to establish her daughter Rhaenyra as his heir. While Alicent wanted her son Aegon to become the king, Rhaenyra was resistant to giving up her claim. This resulted in the development of two parties, Greens and Blacks, where the Greens supported Aegon’s claim and Blacks supported Rhaenyra’s.

NEXT: House Of The Dragon: Who Is Laena Velaryon

The best Assassin’s Creed game is on Xbox Game Pass