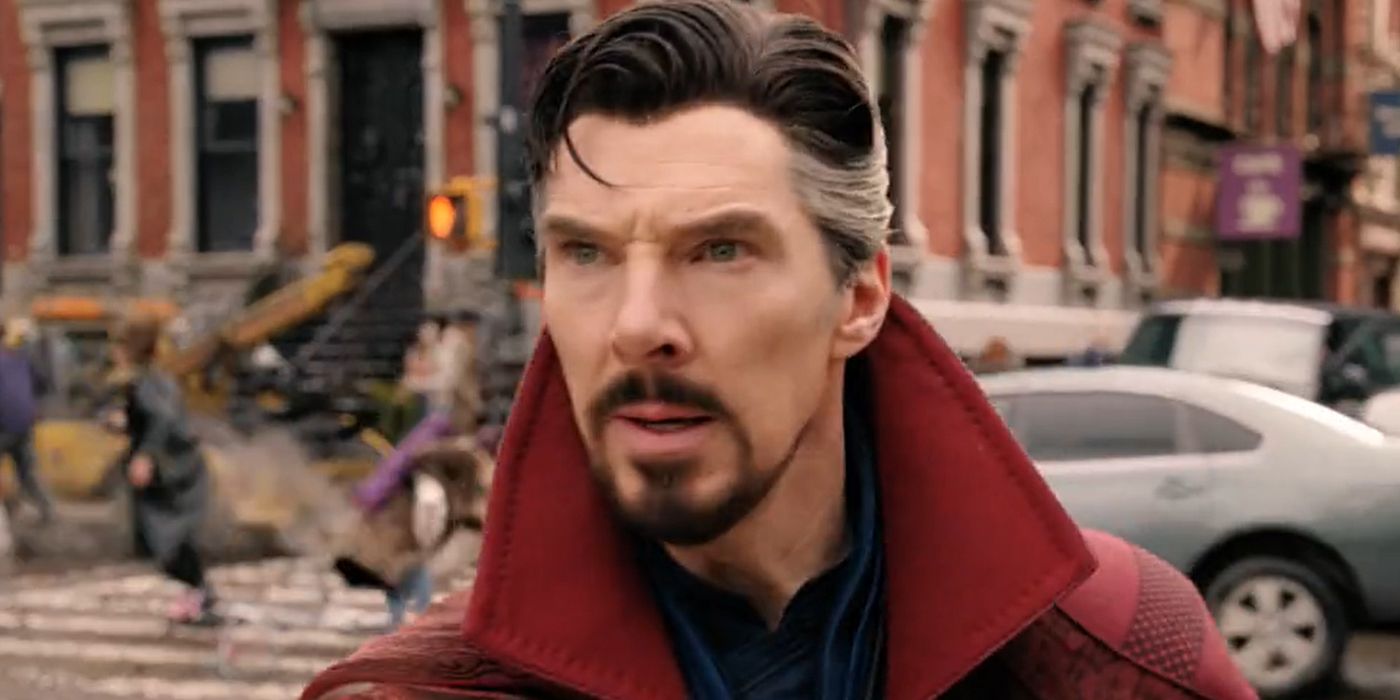 We are less than ten days away from Doctor Strange in the Multiverse of Madness. The highly anticipated film was a major part of Disney’s CinemaCon presentation on Wednesday and, in honor of National Superhero Day, we have a new clip showcasing some of the mind-bending action.

The IMDb exclusive clip shows Benedict Cumberbatch’s Doctor Strange and Xochitl Gomez’s America Chavez in the heart of battle on the streets of New York. The invisible foe is revealed to be Gargantos, and we see a more seasoned Strange using his powers to cut off one of the legs of the massive beast. He also dismantles a bus the creature is holding with ease. This clip is a scene we have seen before in all the trailers, but there is still a lot to take away from it. First off, it feels like this sea monster will be one of the first major battles of the film and, from the way Strange and Chavez interact, it seems like the pair are meeting for the first time. Also, like mentioned previously, it looks like Strange is more in tune with his power set. We have seen teases of his confidence in Infinity War, Endgame, and No Way Home, but Marvel’s iconic sorcerer has come a long way from his first MCU outing in Doctor Strange.

Finally, this clip is another wonderful showcase of director Sam Raimi’s imaginative visuals. Like his Spider-Man Trilogy, the colors just pop off the screen and things like Chavez riding the cloak of levitation like a magic carpet is classic Raimi. Even though we are just days away from this film’s release there is still a lot of mystery surrounding this magical sequel. How this film will continue the multiverse storyline established in No Way Home is going to be interesting and seeing Strange pay for his past choices will be one of the most compelling aspects of this upcoming film. Beyond just guessing who from across Marvel’s vast multiverse will be in this film, the emotional stakes of this film are sure to surprise fans of this over decade-old franchise.

RELATED: Kevin Feige Revealed They’re Planning the Next 10 Years of the MCU at a Retreat

This clip shows off the heavy Lovecraftian horror influences perfectly, and Marvel Studios has promoted this as the first horror movie in the MCU. Stars like Elizabeth Olsen have talked about the “jump scare moments” and the tense atmosphere in the past. With Raimi at the helm, who has directed great horror gems like the Evil Dead Trilogy and Drag Me to Hell, the potential of that thought is very exciting.

Doctor Strange in the Multiverse of Madness releases in theaters on May 6, 2022, and you can watch the new clip for the film down below.