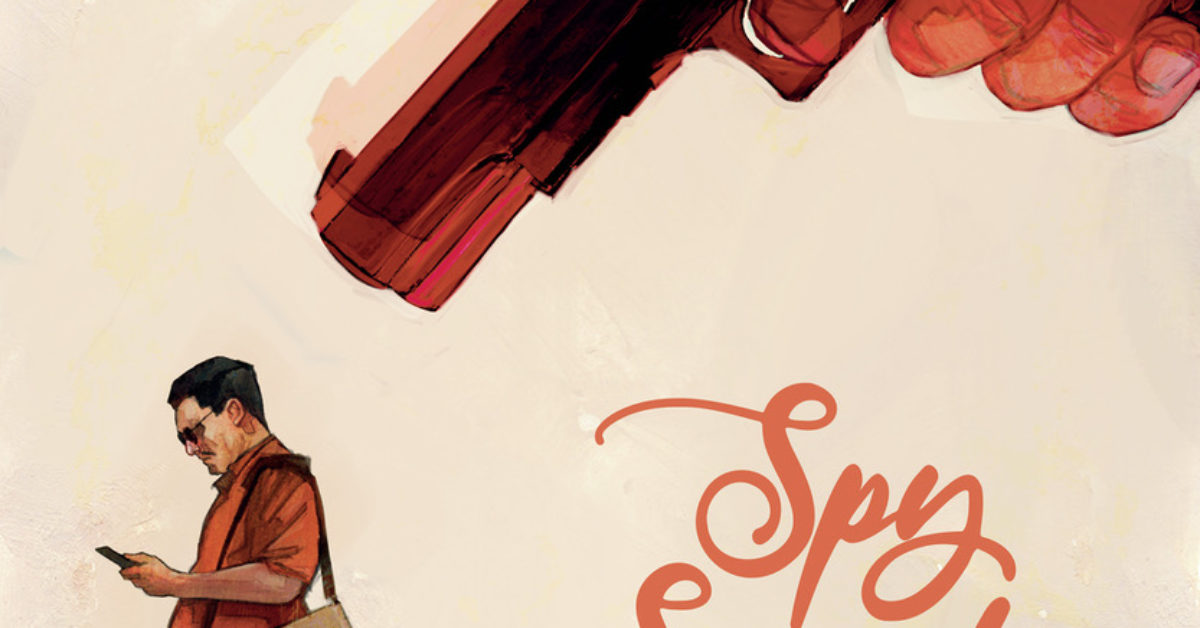 Comic book writer/artist Matt Kindt, who has been writing and drawing espionage and action-fueled comics like BRZRKR with Keanu Reeves, Apache Delivery Service, BANG! Dept. H, Ether, Fear Case, MIND MGMT, Folklords, Revolver, 3 Story, Super Spy, and Pistolwhip for the last two decades has a new thing with Sharlene Kindt being described as “John Wick meets Wes Anderson” in a mystery-thriller about a secret organisation that developed the perfect spy. But who is the perfect spy? Someone who doesn’t even realize they are a spy. Welcome to Spy Superb.

In SPY SUPERB, a secret organization identifies the ultimate asset: a man named Jay, who is what they call a “useful idiot.” Jay is sent on missions without even realizing he’s on a mission. Until he picks up the wrong phone with the wrong secret intel and now Russian hit-squads and elite assassins are after him. But Jay believes he was a sleeper agent—and really is the “spy superb”. His complete obliviousness and lack of survival skills may be the only thing that saves him in this globe-trotting espionage tale …where nothing is what it seems…but also…kind of actually is what it seems.

“In Spy Superb I wanted to explore a character, the idea of a very average person who is under the belief that he is utterly exceptional,” said Kindt. “There is a scientific term for this–The Dunning-Kruger effect–a person who insists they possess knowledge and skills that they obviously do not. What if a super spy was suffering from this? Well…they would of course be a…SPY SUPERB. It was actually really hard for me to keep this character alive past issue #1… there are hit men after him…a super assassin who kills only with rock, paper, and scissors… and a real super spy working in the shadows of our “hero” who may actually be the real spy superb. It feels really great to be drawing a new book–and I’m beyond happy that Sharlene Kindt (Dept. H) is painting it. It’s definitely the most ambitious collaboration we’ve ever had.” 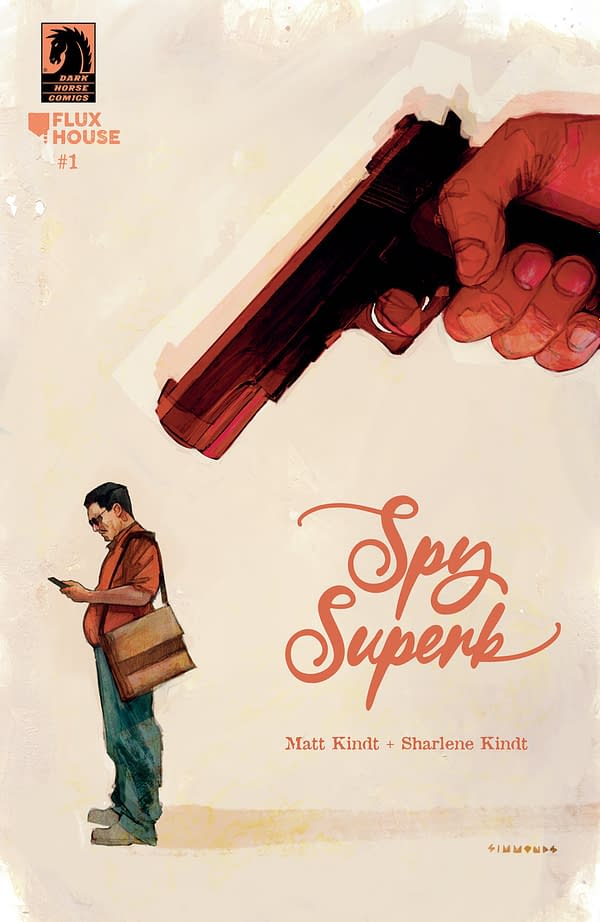 The announcement of SPY SUPERB follows the news that three of Kindt’s acclaimed comics are currently in active development under the Dark Horse Entertainment banner:

Based on the comic series by Matt Kindt and Wilfredo Torres, the feature film adaptation of the stylish spy thriller Bang! is set to star Idris Elba (The Harder They Fall, Concrete Cowboy, Luther) and be directed by David Leitch (Bullet Train, Atomic Blonde, Deadpool 2). The script will be written by Kindt and Zak Olkewicz (Bullet Train, Fear Street Part 2: 1978). The film will be produced by Mike Richardson and Keith Goldberg for Dark Horse, David Leitch and Kelly McCormick for 87 North, and Idris Elba. In Bang!, when a terrorist cult sets out to start the apocalypse with a series of novels meant to brainwash their readers, the world’s most celebrated spy is sent to track down and kill the author responsible.

Based on Kindt’s acclaimed Mind MGMT series, Curtis Gwinn (Stranger Things) is set to Executive Produce this series adaptation. The film will be produced by Mike Richardson and Keith Goldberg for Dark Horse, along with Gwinn. In Mind MGMT, a young woman stumbles onto the top-secret Mind Management program. Her ensuing journey involves weaponized psychics, hypnotic advertising, talking dolphins, and seemingly immortal pursuers, as she attempts to find the man who was MIND MGMT’s greatest success – and its most devastating failure. But in a world where people can rewrite reality itself, can she trust anything she sees? 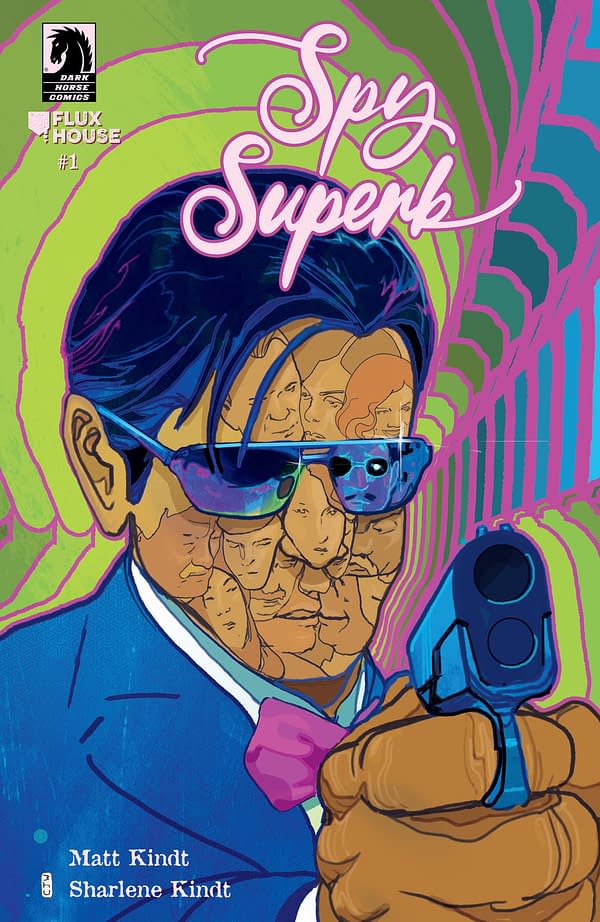 Director Alice Waddington (Paradise Hills) is set to direct Netflix’s adaptation of Dept. H, which is based on the popular comic book series by Matt and Sharlene Kindt. Writer T.S. Nowlin (The Maze Runner) will adapt the script. Mike Richardson, Keith Goldberg and Paul Schwake of Dark Horse Entertainment will produce.

“If you close your eyes and imagine John Wick being dropped into a Wes Anderson film, you’ll have a sense of the world of SPY SUPERB, “said Dark Horse Publisher Mike Richardson. “It’s unconventional, unusual and the kind of smart action comic book you expect from Matt Kindt.”

SPY SUPERB is the second release from Flux House, a new boutique imprint that will feature the writing (and sometimes) art of Matt Kindt, with crime, science fiction, and humor stories, all told and presented in startling and untraditional ways, following the release of MIND MGMT: BOOTLEG. SPY SUPERB issue 1 will feature a main cover by Matt Kindt and incentive variant covers by Martin Simmonds, Tula Lotay, and Christian Ward. 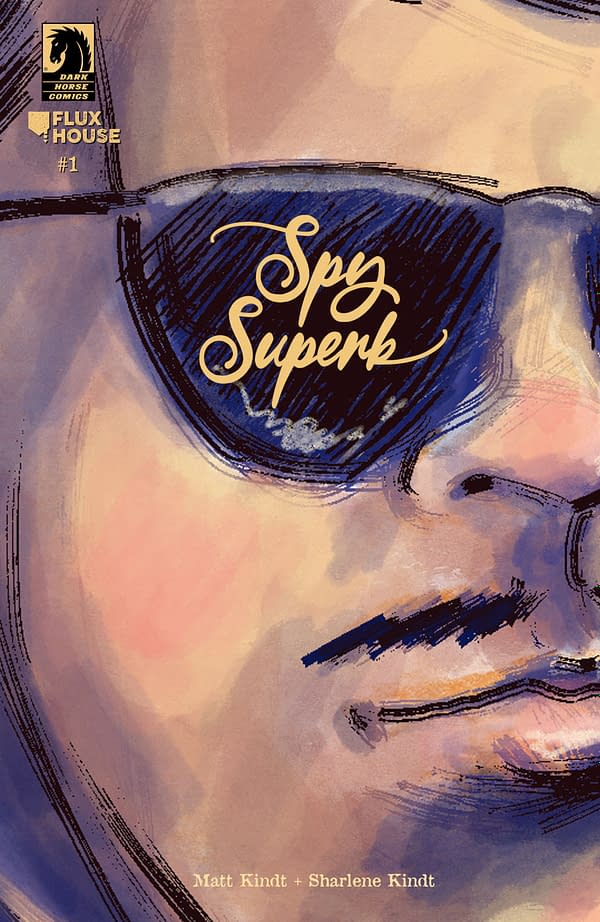 Classic Mysta of the Moon Covers on Planet Comics, Up for Auction

Y’all Got Anymore of That Green?

Sweet Valley Twins To Be Graphic Novel Bestseller Of 2022?