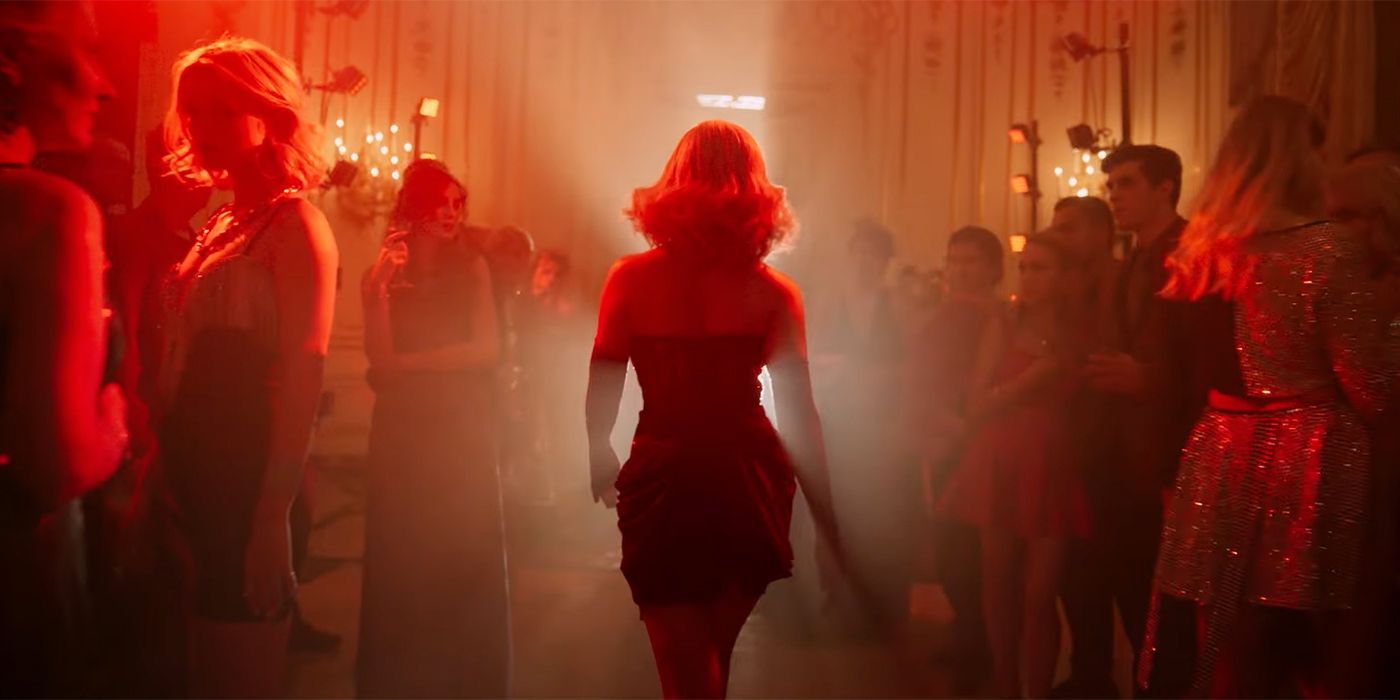 Ranaut (and her closet full of wigs) plays Agent Agni, who is introduced in the trailer with a shot of her posing ponderously next to a window, sipping a beverage, and noticeably underdressed. She’s called into action by her handler, a man codenamed Ringmaster. And what unfolds over the next two-and-a-half minutes is what can safely be described as a “desi” Atomic Blonde meets John Wick.

It’s one thing for director Razneesh Ghai to mimic some of those films’ neon-lit visuals and signature hand-to-hand combat, but it’s another to duplicate frames. Dhaakad is shot by Tetsuo Nagata, who is perhaps best known for La Vie en Rose, Splice, and Micmacs.

We also get a good glimpse at what appears to be a show-stopping action scene, in which Agni (which means “fire,” by the way) hacks and slashes her way through innumerable henchmen with a katana. She also seems to be fond of firearms, because the faceless villains who somehow avoid getting sliced to death find themselves with multiple bullet injuries instead. Agni isn’t just taking down random goons though; she’s building towards a boss battle with a human trafficker named Rudraveer, played by Arjun Rampal. Rudraveer runs his operation from a “coal-mining belt” in central India, although most of the film’s action appears to take place in a bunch of European locations.

We watch as Agni takes on the mission to gather intelligence against Rudraveer’s ring because, despite the gratuitous use of violence she’s resorted to so far, her agency can’t just gun Rudraveer down. And so, she assumes several disguises as she infiltrates brothels and poses as a journalist of some kind. We also get brief snippets of flashback sequences that suggest Agni and Rudraveer might have a shared past. The trailer ends with a tease of a showdown between the two, as she says, “Separating the soul from the body is my business.”

Ranaut is one of Hindi cinema’s most controversial figures. Vocally critical of many of her contemporaries, she often talks about regressive industry norms and projects herself as a sort of mascot for “outsiders” in the film industry. She hails from a mountain town in India, thousands of miles from Mumbai, where the Hindi film industry is based. While she’s appeared in starring roles across various genres in the past — her last film was the political biopic Thalaivi and before that she starred in the sports drama Panga — Dhaakad is her first above-the-title role in an action film.

Dhaakad is slated for a theatrical release on May 20. You can watch the trailer here:

Read the film’s official logline down below:

The unstoppable force of Agent Agni’s fire is coming to turn her enemies into ashes. The merciless Rudraveer stands unbeatable. Will the fire keep burning or snuff out?

Xbox Support Thanks Gamers For Patience As Xbox Live Gets Fixed