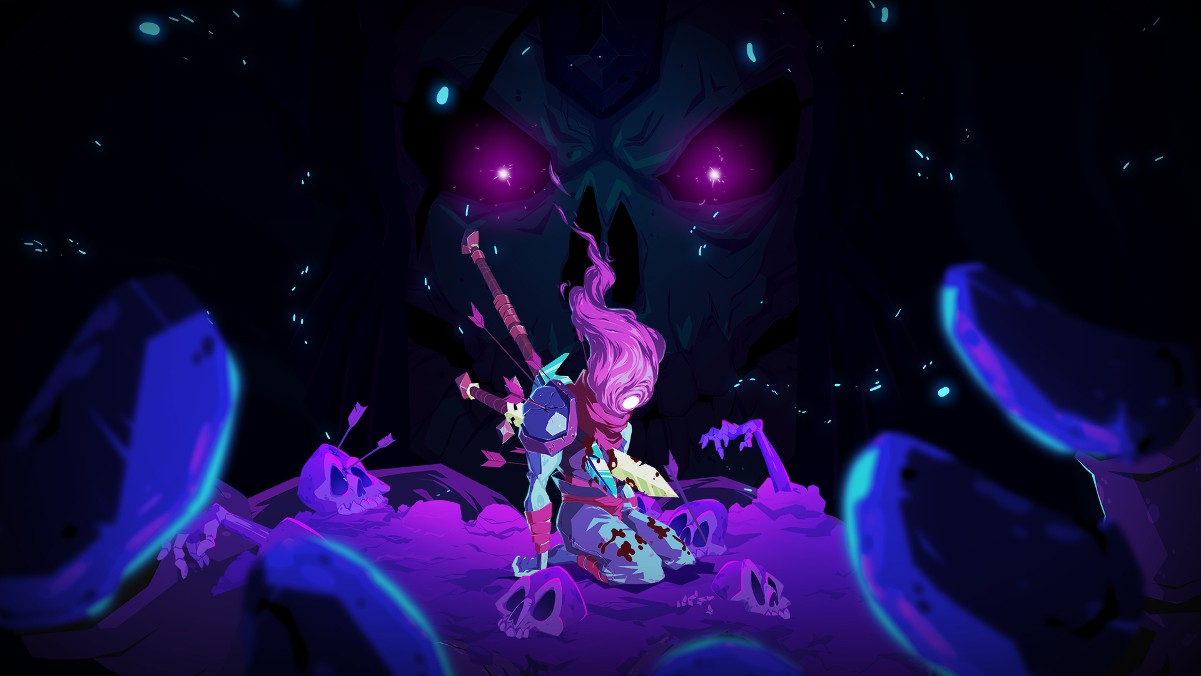 Despite releasing back in 2017, Dead Cells is still going strong, releasing plenty of DLC, each of which is packed to the brim with new features, maps, and gameplay tweaks. At PAX East, I got to sit down and speak with the developers behind the game, picking their brains regarding the future plans for the series, including any possibility of Dead Cells 2.

Thanks again to Evil Empire Marketing Manager Matthew Houghton and Game Designer Arthur Décamp for taking the time to talk about Dead Cells.

Twinfinite: What would you say to players that haven’t played Dead Cells in a while that are interested in picking the game back up again?

Matthew Houghton: So far, 2022 has been our busiest year. We just released the latest paid DLC, The Queen and the Sea, which features a new final boss and new final cutscenes. We also introduced a lot of new weapons, including a shark you can throw at mobs.

Right after this paid DLC, we offer a big new, free content release in the form of Break The Bank, a new free biome to run with new mechanics around money. We knew that at the end of a run, money was really important in Dead Cells. We released a bunch of new weapons, mutations, and mobs around these money mechanics.

We also will release a big accessibility update that we’ve been working on for four months. It will be released pretty soon on consoles and PC. We are really excited for this update, as we’ve worked a lot on it.

In short, we’ve been doing what we’ve always done with Dead Cells. Even though we’ve been in early access for four years now, we never stop working as if we were in early access. Every two or three months, we push a new update after looking at the community feedback.

After Queen of the Sea, we asked fans, “what do you need to make the game more accessible for you?” Obviously, we kept in mind that Dead Cells has to remain challenging for everyone, but now you will be able to adapt the challenge to your needs and enjoy the game and tweak the experience to make it better for you.

Twinfinite: Dead Cells has been one of those games that, ever since its release, it is constantly putting out DLC. Was that a conscious decision from the beginning? That you wanted to stay in this model and listen to player feedback?

Houghton: I think we did it quite naturally; because we were used to it. So we never kept this philosophy of working on Dead Cells. Obviously, the success of the game came and that helped.

We do a paid DLC now because the success of this DLC helps us to make free updates. So to us, it is like a circle, a positive feedback loop.

Twinfinite: Are there any plans for a Dead Cells 2 or a different game in that loop?

Twinfinite: I had to at least try!

Houghton: When I first arrived at Dead Cells around a year ago, Arthur showed me the game and what the team still had and I said, “Ok, so we are only about halfway through Dead Cells now.”

I like to see Dead Cells as a magic box. We know what we can do inside, and the team knows what they are doing in this box.

Twinfinite: If you had to pick a favorite build in Dead Cells, what would it be?

Houghton: I love the Bladed Tonfas that were introduced in the Queen and the Sea DLC. It is pretty powerful, fun, and fast. I’m a big fan of the new pet, too, an evil baby shrimp.

Most of the time, if I play tactics, aka the purple color, I love the whip. Any of the whip weapons I love to play with.

Twinfinite: Do you guys have anything else you’d like to say about the new update?

Houghton: Yes, I’d love to show off a bit more about the accessibility update that is coming. So we have many options regarding the controls, allowing for a lot of possibilities to rebind the controller. Even if you only have one hand, you can switch the bindings to make it so that playing like that is possible.

Arthur Décamp: We had keybindings before, but now we are giving players the option to bypass the need to use all buttons. Some people can’t do that. We also added the ability to rebind the sticks for any reason. If you don’t use them, you can use other controls to move.

Houghton: You can do stuff like choosing to hold the button if mashing it is too difficult for you. We’ve done a lot regarding the UI, as well. We made it bigger for if you have difficulty seeing everything. Same with the color, font size, and font type.

Regarding issues with color, instead of a preset of colors, we prefer to give the opportunity to the player when it comes to which color they want to use for the weapons, mutations, and mobs.

There’s also the ability to change around the songs, music, and SFX. For instance, if you have trouble hearing enemy attacks, you can narrow down the volume of the environment and what not to make the enemy’s attack the focus. There is also an assist mode.

When you activate assist mode, there is a disclaimer that comes up saying part of the fun of Dead Cells is to enjoy the tough but fair experience, but that we know that it can be complicated for some people.

You’ll also be able to activate a continue mode that lets you start where you died instead of restarting. You’ll start here with the same build. There is also an auto-hit mode. It is funny because this mode came from the mobile version of Dead Cells.

Most of the time, the mobile version is not up to date, but for this one, they were ahead of us, so we stole this feature from them. You can also make the game easier when it comes to parrying, setting traps, and even adjusting the enemy’s health and damage to make the challenge more suitable for you.

Just like with everything else regarding these updates, we’ve kept an early access philosophy. So even when it is published, the accessibility changes won’t be set in stone. We will keep grinding and changing to make accessibility features work best.